Is the momentum of the #MeToo movement slowing down? It’s been a full month since that fun week in January when babe.net broke the Aziz Ansari story and James Franco’s transgressions led him from Golden Globe winner to Academy Award snub.

Ansari’s case, in particular, emphasizes how #MeToo is not about scale (how extreme a case is, how many people are affected); it’s about consent. So, #TimesUp for the so-called shades of gray in sexual encounters (sorry, Christian Grey). A partner either says “yes,” or you’re done. Full stop.

We’ve seen actors, directors, and writers face the music, but let’s not forget, what happens onscreen reflects the cultural milieu, too. So how are Hollywood scripts handling sex during the #MeToo era? We’ve dissected four post-Weinstein films to determine if Hollywood’s characters can live up to the new bar we’ve set for their real-life counterparts. 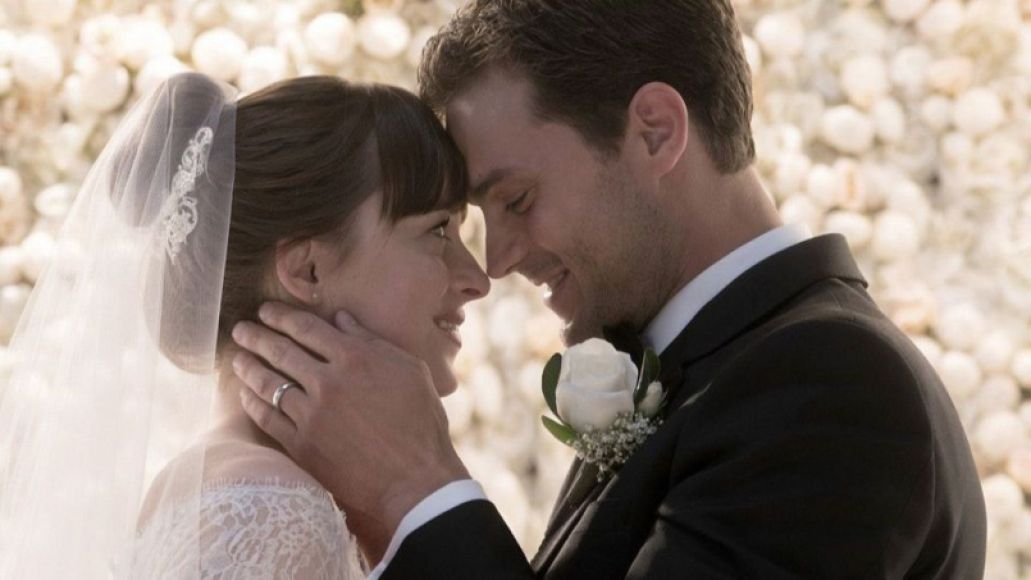 Just in time for Valentine’s Day, Anastasia (Dakota Johnson) and Christian (Jamie Dornan) have finally tied the knot (the marriage knot, that is–although I’m sure Christian also has some kinky bondage rope hidden in the Red Room).

#MeToo Factor (Consent): The entire trilogy, of which Fifty Shades Freed is the final chapter, has a somewhat problematic relationship with S&M. Especially in the wake of the Aziz Ansari scandal, the cultural conversation has shifted to a more nuanced discussion about verbal and nonverbal cues. This gets really tricky in an S&M relationship, where submissives and dominates are essentially roleplaying–and the submissive might express pain as a device to turn his or her partner on–but by no means wants the action to stop (if he or she did, they would call out their safe word). But the issue in Fifty Shades isn’t the S&M itself, it’s that writer E.L. James blurred some cultural biases into what’s otherwise a perfectly acceptable sexual fetish.

More specifically, the dominant/submissive relationship between Christian and Anastasia bleeds into their day-to-day life in a way that makes the viewer question just how consensual the power balance during sex really is. In Fifty Shades Freed, possessive Christian is at it again, restricting Anastasia’s time out of the house while he’s gone, and literally tying her up and sexually abusing her when she disobeys. But we have to remember movies can have transgressive characters without the plot itself condoning the action. Here, we get at least a little bit of effort to right things. Anastasia firmly points out that blindfolding her and taunting her with a sex toy just to pull it back before she orgasms over and over isn’t love–it’s punishment. So two points for Ana, I guess.

Relevance to the Cultural Moment: I’m honestly not too interested in breaking down every sex act in Fifty Shades Freed, although I’ll say again, to their credit, a newly confident Ana (new year, new job, new you), initiates most of the couple’s play this time around. What’s more interesting to me is that Christian, other than in the scene depicted above, is far less of a dick than he was at the beginning of the trilogy. He regularly asks Ana if she’s sure before engaging. He’s dropped the list of consequences for rolling eyes and forgetting to say “sir.” He even seems to be the first player in the history of Hollywood to really, truly sever a tie with an ex when asked directly to do so.

This all should be good, right? Ironically, I think Christian’s redemption is the truly dangerous narrative here. So many women in abusive relationships think the man can–will–change. And here Christian has, to a degree. But this just isn’t reality, and the idea that a woman can save a guy by not stirring the pot is just not something we need to see on screen. We need women who are hit once and GTFO. We need women who learn to navigate the world of splitting from a guy when he may be the primary breadwinner or when kids are involved, because often fictional depictions give us what we don’t yet know how to imagine. Those will be the role models of 2018. 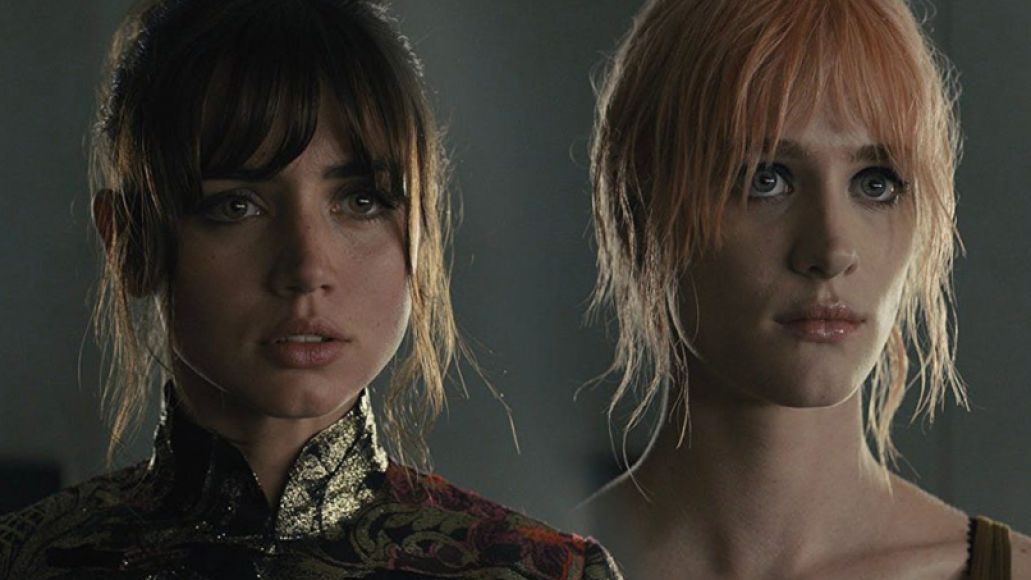 Replicants have sex drives too. Apparently. But for K (Ryan Gosling), an agent in the LAPD, his erratic work schedule has him relying on a holographic girlfriend, Joi (Ana de Armas) making the whole sex thing a little difficult. But with a little ingenuity, Joi binds herself to neighborhood prostitute Mariette (Mackenzie Davis), who serves as a surrogate body. Hey, why not?

Instead, the more complicated player here seems to be Mariette, who outwardly seems to be able to fight for herself, but there could be a whole discussion about how much choice a person really has when working within a system where gaining reconnaissance on another replicant (K), even through sex, could be the bargaining chip to fight for your life. In a bizarro sci-fi way, this is analogous to the way women, from Megyn Kelly to the U.S. gymnastics team, had to worry about how to survive within the systems that call the shots–systems that often see women as obstacles to be paid off, not employees to empower.

Relevance to the Cultural Moment: But let’s get back to K and his sex doll. Bustle ran an interesting exposé in September 2017 called Why Is the Sex Robot Revolution Leaving Women Behind?. It’s well worth a read, but the idea is that, despite women being “turned on by a broader array of sexual stimuli than men,” the sex-doll market is still largely targeted at men, mostly due to long-held stereotypes about women just not being all that interested in sex. Blade Runner 2049 may have been beloved by critics (if not by box offices), but to be honest, there’s more female pleasure in Fifty Shades than in Denis Villeneuve’s apocalytpic future. Poor Mariette essentially serves as a condom, as she wraps her body over Joi’s hologram, and Joi, as we’ve already decided, isn’t real. It might be cool in 2018 to see women’s fantasies play center stage, instead of being props to the lead dude getting in a quickie before the whole total-annihilation plot really hits the fan.

Call Me By Your Name 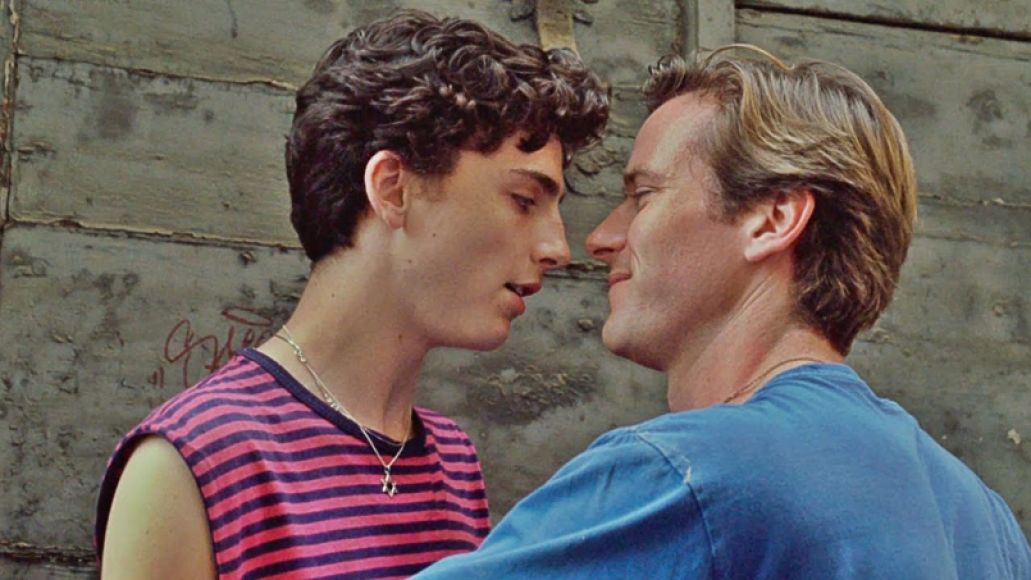 Arguably the Oscar’s dark horse Best Picture-nominee, Call Me By Your Name tracks the budding relationship between 17-year-old Elio (Timothée Chalamet) and 24-year-old Oliver (Armie Hammer) in a picturesque Italian villa circa 1983. The date is important because the early ‘80s were an age when gay men didn’t exactly feel comfortable being open about their sexuality in public. Even when it’s clear Elio and Oliver had a thing for each other, the two can hardly come out and say it. Maybe that’s why they take on more poetic romantic gestures instead, like echoing each other’s name while making love.

#MeToo Factor (Consent): Despite a tangential few thinkpieces on age of consent, most viewers are going to see Elio and Oliver’s relationship as intended: one of those loves you never forget. The dynamics of the time require the two young men to play a slow dance of sending signals (Oliver, a graduate student, somehow always has his shirt off; while Elio always seems to be quick to accompany Oliver on a trip into town). There’s little doubt that both guys want it–but they’re so intimidated, ashamed, nervous, or all three, that Elio has to let go of some of that pent-up sexual tension in the film’s infamous peach scene (apple pie is so 1999). The #MeToo era has involved more nuance than we perhaps initially thought ourselves capable of, and I think in terms of Call Me By Your Name, we can see that Elio and Oliver were sexual and mental peers. The power balance left nothing askew. As such, this is the first film on our list to pass the #MeToo test with flying colors.

Relevance to the Cultural Moment: But not everything is peachy in Call Me. The film hasn’t really been criticized for what it does, so much as what it does not. While Elio has sex with a female character early in the movie, Elio and Oliver never get an explicit sex scene, much to some critics’ chagrin. As Moonlight, and Brokeback Mountain before it showed, audiences are starved for accurate depictions of gay sex. Does that diminish the story itself? No. But does Call Me progress our cultural zeitgeist in as strong a way as Moonlight? No. Call Me By Your Name is a lovely romantic drama, which, in itself, may not be enough to propel it to a Best Picture win in a climate that begs for context.

The Shape of Water 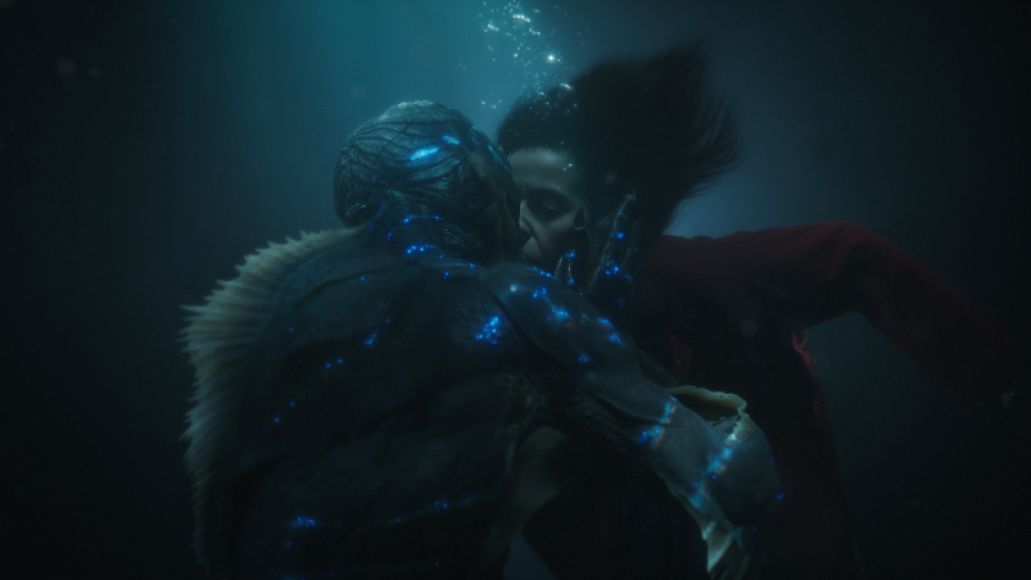 If we were giving style points, The Shape of Water wouldn’t have much competition. Director Guillermo del Toro has created a beautiful fantasy/sci-fi mash-up, complete with underwater sex scene that reads more like a dance sequence than anything else. After a two-hour escapade that involves sneaking the specimen out of a top-secret labortory, Eliza (Sally Hawkins) and her amphibian-man lover (Doug Jones) evade the villainous Strickland (Michael Shannon) and presumably live happily ever after.

#MeToo Factor (Consent): Since The Shape of Water is something of a dystopian fairy tale, we must talk in metaphor. Critics have been quick to note that this interspecies relationship can be seen as a stand in for interracial relationships, a dynamic that is still underrepresented in culture despite it being 50 years since Loving vs. Virginia permitted whites and blacks to marry in the U.S. The other literary device we must consider is how Eliza is a mute. It’s easy to just say, well, gosh, they’re perfect for each other, because Jones’s character’s inability to talk nullifies Sally’s otherness in his company. But their love is more than that. They have to completely rely on nonverbal cues. Eliza, instead of shying away, carefully nudges a boiled egg toward the amphibian (isn’t this how all relationships start?). It’s impossible to misread signals (looking at you, Aziz), when you’re that invested in reading your partner’s entire body. Maybe there’s an exercise to be had here. Mute sex? I’m totally not kidding.

Grading Hollywood’s Sex Scenes in the Era of #MeToo