Origins is a recurring new music feature that provides artists an opportunity to reveal the inspiration for their latest effort.

When things with longtime outfit Fang Island began cooling off, guitarist Jason Bartell sought a new outlet for his creative aspirations and synth-crazed arrangements. That’s when he formed Mythless, something of a kindred spirit to his old band but revitalized for 2018.

On March 16th, Bartell is set to release his debut EP as Mythless. Due out through Joyful Noise, the four-track effort is called Patience Hell. A press release describes it as existing at “the intersection of trance-metal and meditative hardcore,” helped along by Bartell’s fellow Fang Islander drummer Marc St. Sauveur.

The latest preview of the EP comes today in the form of “Statue”. Although it starts off rather modestly, don’t mistake the song for a sleeper. Its heartbeat-like percussion steadily marches forward, leading listeners to an anthemic, cathartic breakdown of zipping synths.

The song comes via its music video, which features fiery beachside fun. In a statement to Consequence of Sound, Bartell spoke about the clip:

“Korakrit [Arunanondchai] is an old friend and collaborator, and his work and friendship have always been a source of inspiration for me. The song ‘Statue’ is actually about seeing one of his performances in the dome at PS1, which was his largest piece to date at that time. It completely overwhelmed me to the point where I thought ‘this is what death might feel like’ in the best possible way. Once I had written the song I thought it would be an amazing full circle move to have him make the video for it, and he graciously agreed.”

For this edition of Origins, Bartell details the inspiration for each track on Patience Hell.

The whole premise of the song hinges on this rhythmic/speed idea that interests me in all of the songs on this EP, which revolves around the point where things go so fast that they become slow again. Because the backing track is so rigid, I knew I wanted a really loose solo to sort of float on top of it, so I ended up channeling an Annie Clark-esque drifting fuzz tone. The lyrics of this song are about fear of the unknown, and one’s past potentially coming back to haunt them. The list of “non” inevitabilities at the end is structurally a bit of a nod to Smashing Pumpkins’ “Muzzle”, and refers to a world in which words matter and people have accountability for them. The list itself contains several references, musical and otherwise, including ones to Scott Walker, Television, Errol Morris, and others.

This song is the oldest one in the bunch, and was entirely born out of this off-kilter drum pattern I had kicking around where every hit is on the upbeat. It seems simple at first, but the result is weirdly disorienting, which i like about it. It was a lyrical departure for me, because the song is about a somewhat specific moment in my life, which is something I rarely do. It’s about the feeling(s) I had watching an art performance by the artist Korakrit Arunanondchai and their collaborator Boychild in the dome space at the PS1 museum. The statue in the song refers to Boychild, who was posed stoically at the front of the stage completely covered in gold paint with a strobe light in her mouth. The rest of the room was fogged up to the point of near blindness, as Krit performed aggressive hip hop with his twin brother and 20 other people smoking e-cigarettes. For some reason it made me feel like I was dying.

The Stranglers’ “Golden Brown” was a big influence on this song, mostly because it’s a go-to if you’re looking for jaunty harpsichord patterns and irregular time signatures. The cleanliness of that song and harpsichord in general really gets me too, and it’s a challenge for me to not rely so heavily on fuzz and distortion. I tried to keep this song as clean as possible, down to the lack of cymbals and un-effected staccato speed picking. The Radiohead song “15 Step” was a nice resource too, the choice Jonny Greenwood makes to play really delicate, pristine chords over a frenetic drum part has always been a fave of mine. Oh, and the title is a nod to Kate Bush’s Cloudbusting. 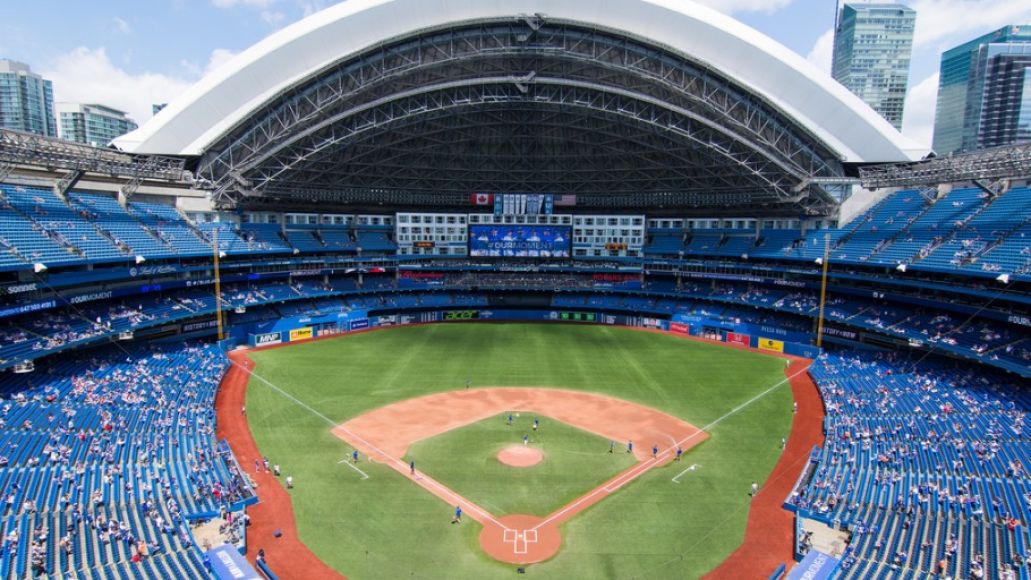 This song was inspired largely by Canada, or more specifically, a group of loved ones of mine who live there. We all fell very hard and very fast for one another one summer, and leaving them was incredibly difficult, but we managed to create a group chat that became ever-present in our lives, and took on many meanings. This song is about how that felt, and also how it feels to see yourself in someone else. I wanted to include a Blue Jays reference, and their stadium the Sky Dome (which also serves as a lyrical reference to Steely Dan’s fictional Custerdome from the song “Gaucho”) was a perfect fit, and a place where my pals spend a lot of their time.

Mythless reveals the Origins of his new song and video "Statue": Watch