Today, Screaming Females celebrate the release of their new album, All At Once. Apple Music and Spotify users can hear it in full down below.

Due out through Don Giovanni Records, the LP serves as the band’s seventh overall and follow-up to 2015’s acclaimed Rose Mountain. The 15-track effort is said to be the punk trio’s “most expansive and imaginative work to date,” and one whose arrangements are “meant to evoke the energy and spontaneity of their live shows.” (And their live shows are no joke.)

(Read: CoS Readers’ Poll Results: The Most Anticipated Albums of 2018)

“When you’ve been a band for 12 or 13 years, the resources can dry up and you just go back to what feels comfortable,” drummer Jarrett Dougherty explains in a statement. “The other option is that you develop stuff that a younger band would not have been able to do.”

All At Once was recorded in London Bridge Studio and Red Room in Seattle alongside producer Matt Bayles (Mastodon, Russian Circles). Fugazi drummer Brendan Canty makes a cameo appearance, and for the first time, instruments such as synths, wurlitzers, and xylophones were woven into Screaming Females’ screeching punk rock tapestry.

In support, the New Jersey-bred punks are out touring across North America until the end of April.

All At Once Artwork: 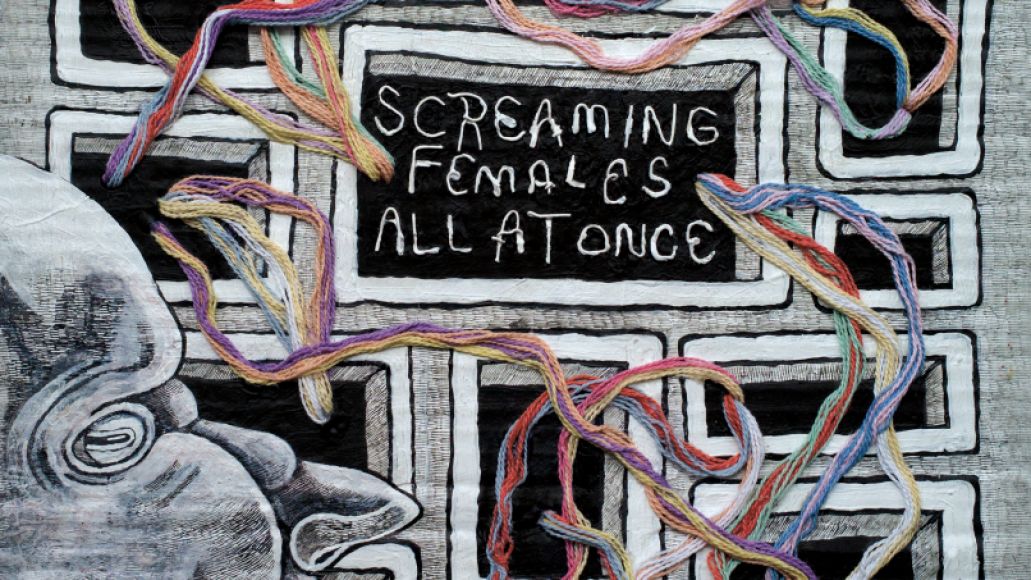 Screaming Females unleash new album All At Once: Stream