And yet, the show subtly stuck to its guns in its first season. While our understanding of Eleanor, Chidi (William Jackson Harper), Tahani (Jameela Jamil), Jason (Manny Jacinto), and Janet (D’Arcy Carden) changed, their situation remained the same, even if they didn’t realize it. Every episode took place in The (Fake) Good Place, and almost every episode featured the four mortal beings making their way through that particular setup, while flashing back to their past missteps to underscore the lessons they were learning in the afterlife. The contours changed, but the premise remained the same.

Then, in Season 2, The Good Place turned its premise on its ear time and time again. The second season premiere seemed to re-pilot the show, suggesting an ensuing stretch of episodes where the show’s main foursome would try to figure out a solution to their problems before Michael (Ted Danson) could reboot them. 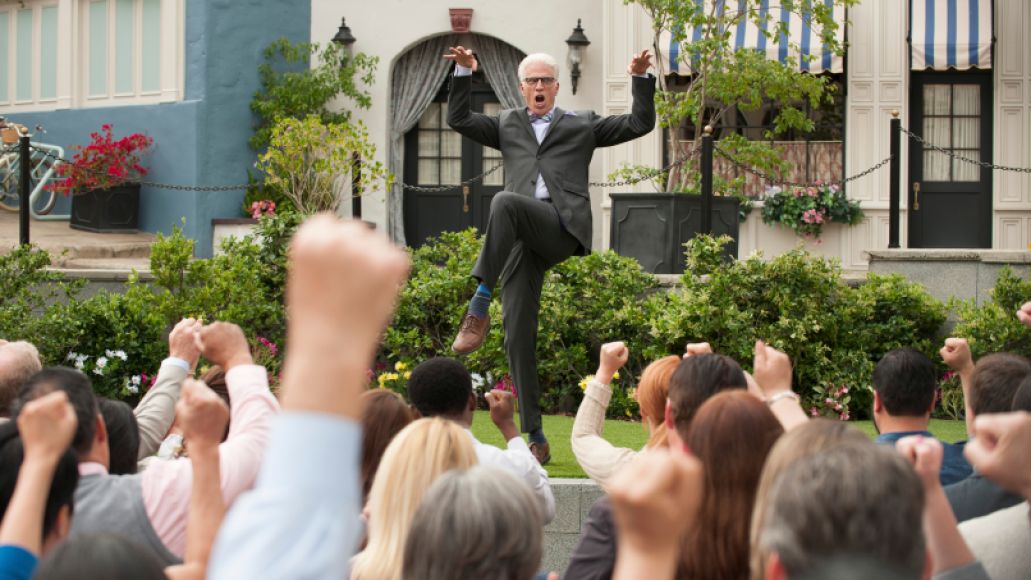 Instead, that was just episode one of a season where Michael faced a revolt, the humans teamed up with their former tormentor while trying to teach him ethics, The Good Place itself was destroyed, and our heroes snuck around The Bad Place, ended up in front of The Judge, and were, finally, deposited back into their old lives to see if they could truly change.

In short, The Good Place burned through more plot in 13 episodes than most shows do in their entire run. But that’s a virtue, not a vice. Season 2 was devoted to nigh-constantly upending the status quo, throwing Eleanor and the gang into novel situations, where the challenges were new, the environments were different, and the rules were unfamiliar, letting the chips fall where they may. It preserved a sense of boldness, of adventure, on a show whose basic conceit was unique enough from the get-go to otherwise sustain it for years before ever really having to change things.

Rather than resting on its laurels, Season 2 of The Good Place focused on how its six main characters changed just as much as their situations did. Amid that tumult, the series zeroed in on how Eleanor began to be more selfless and trusting, on how Janet evolved into something beyond her initial programming, and how Michael, against all odds, slowly became more and more human. The backdrops were different; the obstacles were new and unexpected, but our heroes grew to become ready and, more importantly, worthy of facing them. 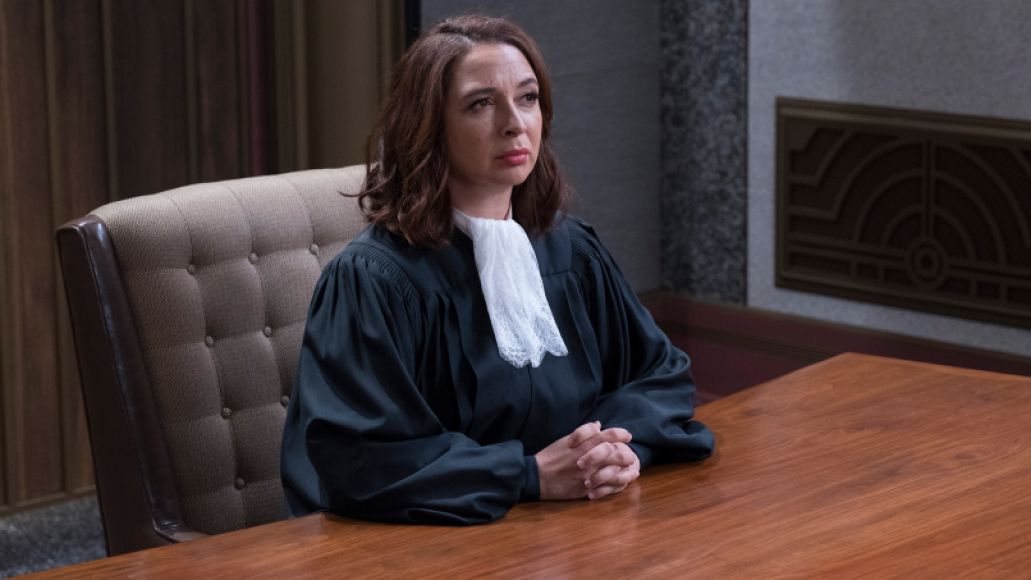 The cause of their conversions, however, is the main question of “Somewhere Else”, the Season 2 finale. The Judge (Maya Rudolph) doesn’t doubt that Eleanor and the gang have changed for the better, but she questions whether it’s merely because of their change in circumstances, not because they’re truly good. It’s a question that prompts the season’s last great transition, to a scenario where Eleanor (and presumably also Chidi, Tahani, and Jason) are back to living their old lives, but with one little “push,” which (Michael theorizes) will send them in the right direction.

In Eleanor’s case, that push is a literal one, as Michael plays good samaritan and nudges her out of the way of a freight train of runaway shopping carts that had previously killed her, thereby giving her a second chance. And for a while, it works. Eleanor breaks good, turning into a truth-telling, environment-protecting, vegetable-eating bastion of good works.

But it doesn’t get her what she wants. It doesn’t make her feel the way she hoped it would. There isn’t that reward, that “moral dessert” that she expected to come from her good deeds, and so she backslides. Maybe it really was just the promise that being good would save her from The Bad Place that changed her. Maybe it was just a matter of carrots and sticks, not who she was deep down inside. 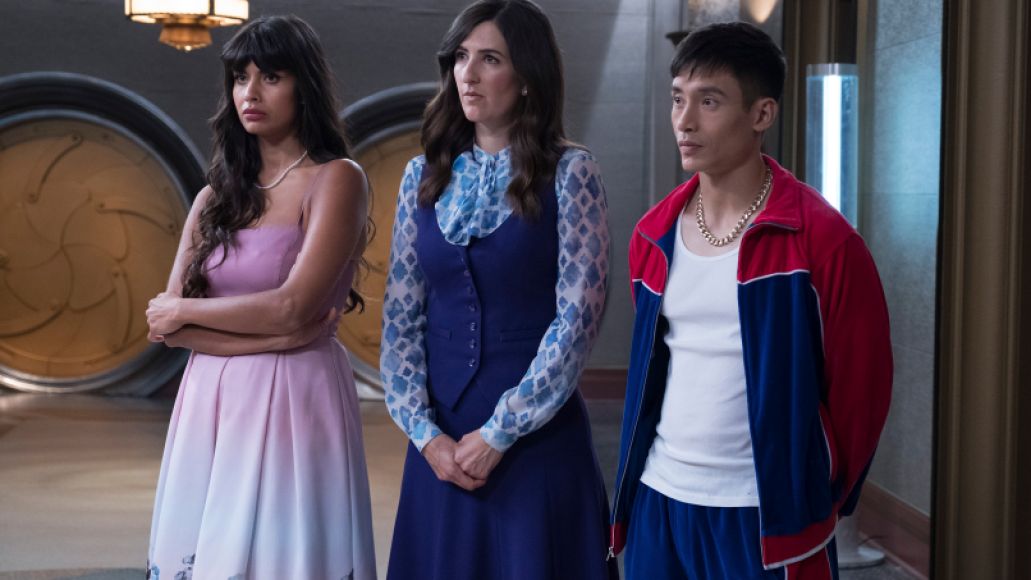 It speaks to the notion of virtue, the foundation of a third branch of moral philosophy that’s rarely explored on television. Most TV shows stick to debates between the sort of Kantian rules-based ethics that Chidi favors (i.e., “there’s a moral rule against killing, so taking a life is never okay”) and Utilitarianism, the consequence-based moral philosophy that the show has referenced in the past (i.e., “killing is okay, but only if it serves the greater good”).

But there’s a third major type of moral philosophy that The Good Place embraces in its Season 2 finale — Virtue Ethics. Virtue ethicists believe (in a broad sense) that whether your moral choices are right or wrong doesn’t depend on what rules you follow, or what the results of your actions are, but on how they reflect who you are and why you chose that course of action.

That’s the type of moral foundation that The Good Place holds up here. Michael pops into Eleanor’s mortal life once more (with Ted Danson stepping behind the bar for the first time since Cheers) and hints to her that it’s not about receiving some pat on the back or karmic reward for being good. It’s about that sense of relief, that sense of fulfillment, that comes from doing the right thing in and of itself. 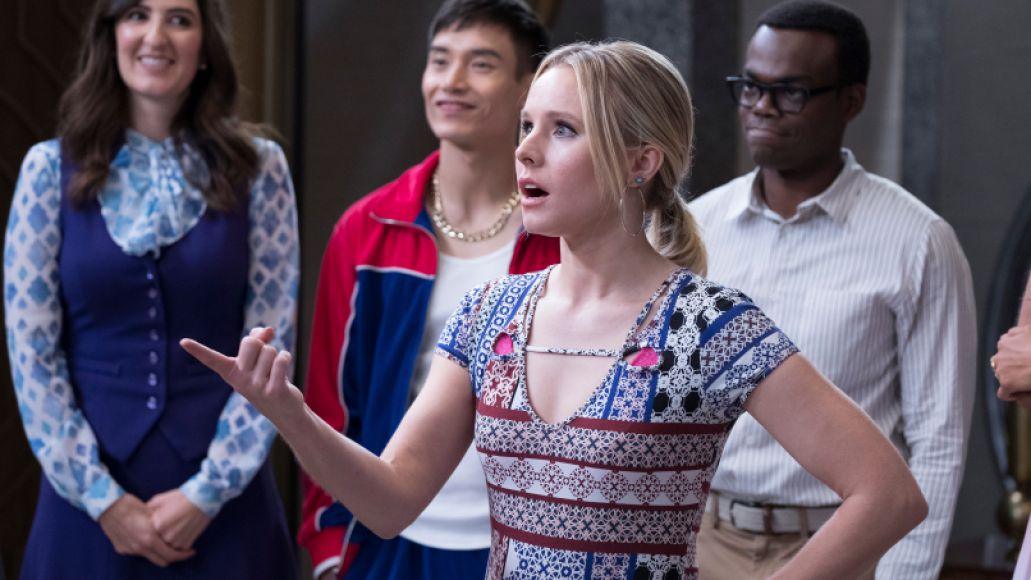 When the chance to do right comes along, you don’t do it because it will have the best outcome, or because some abstract moral rule tells you to. You do it because of who you are, because you have certain values, maybe even values expressed as little nagging voices, that motivate you to do better, even if your circumstances are constantly in flux, like Eleanor and her friends’ have been since this season started.

But that’s not the only constant that’s persisted through so much change. Despite every reboot, despite each new curve ball, despite trips from the ostensible Good Place to The Medium Place to The Bad Place to the chips-and-guacamole-filled chambers of The Judge, Eleanor, Chidi, Tahani, Jason, Janet, and Michael have all had one another. The times when they’ve faltered, when they’ve slipped and been less than their best, have come when they’ve been separated, unable to hang onto each other as sources of strength and stability amid those constant tectonic shifts.

Michael himself suggests the key to surviving those shifts. Both he and Chidi name-drop “What We Owe to Each Other”, a seminal book of moral philosophy from T. M. Scanlon. Scanlon proposed a new form of morality called “Contractualism” that was meant to unify Kantian morality, Utilitarianism, and Virtue Ethics, but also to transcend them. He suggested that morality didn’t just depend on rules, consequences, or even on who you were, but in how you related to others, arguing that morality could only exist, only be understood, in terms of individuals as connected to one another. 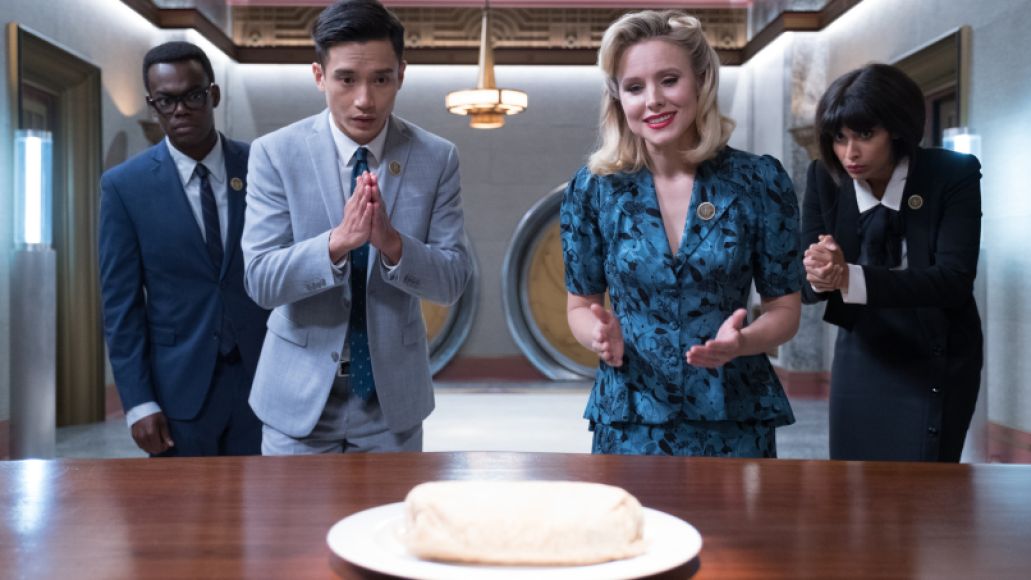 It’s a view that The Good Place seems to share. Season 2 of the show has been one of constant tumult, with a devotion to smashing the status quo at nearly every opportunity. But through it all, through each time Michael pressed that button, each time our heroes were forced to leave one realm and make their way to another, each time the balance shifted, they managed to find, and to better, one another.

In Season 2’s first episode, Eleanor left a note for herself to find Chidi, because she knew their connection was the key to making it out of this. And in this last episode, Michael gives her that little push that helps her to find Chidi once more and sets her on the path to being good in the way that only those sorts of connections can. In a sea of change, it’s those close to us who can find us, keep us afloat, and make us better people, while allowing us to do the same for them. That is the core of The Good Place’s conception of morality and the core of an outstanding season of television.

Line of the Night: “If I’m not going to get rewarded somehow with, like, a tiara or one of those diagonal world belts…” The Good Place is the best place on television for quality sash humor.

Episode MVP: Kristen Bell. It’s an unadventurous choice, but “Somewhere Else” puts a lot on her shoulders, and Bell manages to make a year’s journey work in 22 minutes (replete with some quality eye acting).

A Good Sign: The bar Eleanor drinks at is “Sting’s Desert Rosé”. Even outside of Michael’s simulation, the show’s sign game is on point.

Best Episode of the Season: “Rhonda, Diana, Jake, and Trent”. The episode where our heroes hide out in The Bad Place while Michael tries to find them a means to reach The Judge combines the great humor of mild punishments and false identities, the strong character work of Chidi coming around to situational ethics and the gang seeing their faults put on display, and the earned sentiment of Michael making the sacrifice play in the perfect payoff to “The Trolley Problem”. It’s the episode where the show found the perfect blend of character, humor, and heart. 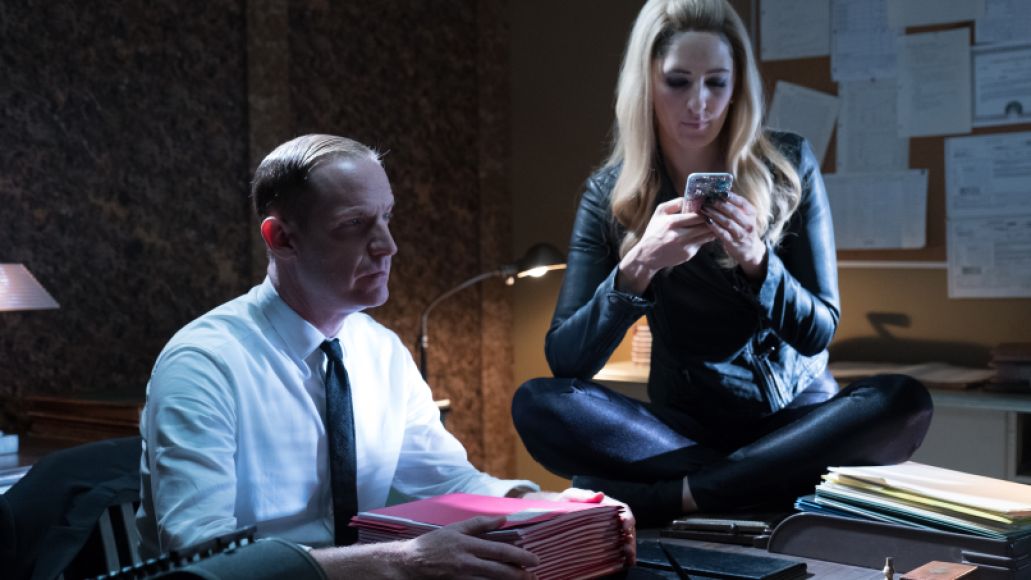 Season MVP: Ted Danson. There’s not a lot of blueprints out there for playing a demon who slowly develops a conscience. And yet Danson, pro that he is, finds ways to convey the change in Michael over the course of the series expertly, proving himself just as capable of going big in the show’s cartoonier moments as he is at drawing back to the small and (ironically) human, with his genuine relief at seeing his new friends improve themselves. Plus, you know, he really pulls off that bow tie.

Up Next on TV Party: We’re going to the Super Bowl, baby.