In a world of cutesy teen shows and formulaic sitcoms with a big, beating heart in the middle, Freeform’s caustically hilarious Alone Together stands out from the pack. Over the course of its first season, aimless forever-friends Esther and Benji (played by co-creators Esther Povitsky and Benji Aflalo, who created the show with Eben Russell) tear each other down as much as they build each other up – all while trying to shortcut and manipulate their way to fame amidst the superficiality of Los Angeles. Whether they’re at forced sleepovers, in long lines at pop-up stores, or in ska-inspired music videos, Alone Together celebrates its protagonists’ flighty selfishness, with quick-witted dialogue and brilliantly deadpan performances from both Povitsky and Aflalo.

In a review of the show’s premiere, our very own Allison Shoemaker admiringly called Alone Together “as warm and cuddly as a canker sore.” If the rest of the first season’s gut-busting sociopathy is any indicator, tonight’s season finale will be even more acidic. Consequence of Sound spoke with star/creator/writer Esther Povitsky last week about Esther and Benji’s ‘won’t-they’ friendship, the perils of alcohol-based friendships, and how many fancy costumes we can expect to see in tonight’s finale.

“It was important in the sense that people just need to get who we are. When you’re starting on a series, the most important thing in the first episode, or even the first scene, is to very quickly educate an audience on who you are, so they can get to know you and get on board with you.

For us, so much of our relationship is the fact that we’re not together like that. So yeah, right out of the gate we wanted to make that clear.” 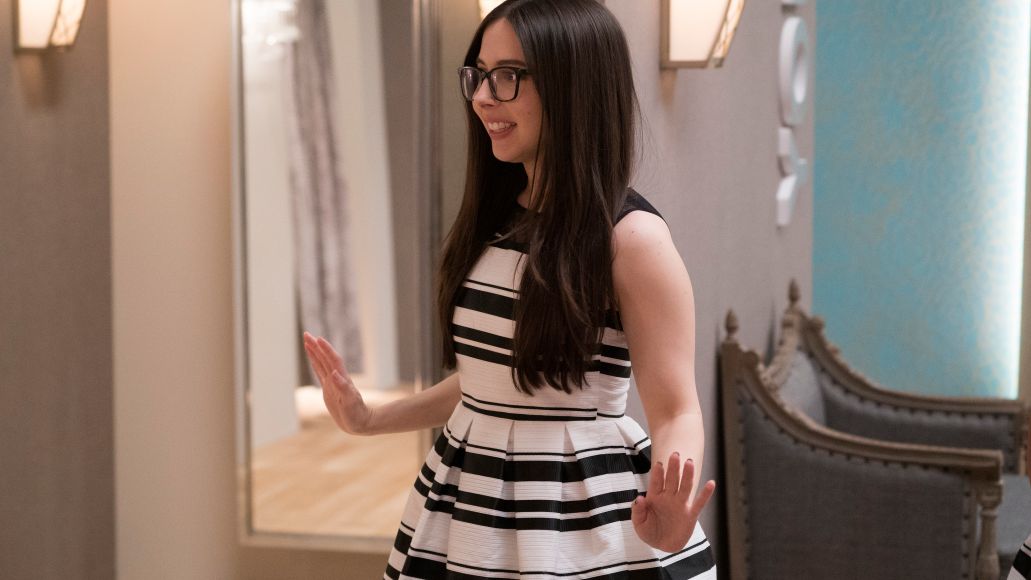 “I just try to always stay true to what’s honest to me, what’s real to me – but within reason… Obviously, personally, I don’t think I’m as crazy as Esther – I have more of a direction to my life than this character. It’s about taking those things deep within me that I don’t always let out and putting it into [her].”

Of course, in a show as actively caustic and cynical as Alone Together, it’s crucial to not pull punches when it comes to the selfish things the characters do to one another. Take the episode “Pop-Up”, in which Esther clearly uses her paramedic boyfriend (played by Jon Barinholtz) to protect her place in line for a pop-up store. For Povitsky, there’s never an impulse to shy away from the joke for the sake of going too far in Esther and Benji’s treatment of one another.

“I feel we just go for it! Our friendship is more akin to a sibling relationship. We fight and we don’t like to hold back on that. Because I think that’s real, you know? You see friendships on TV where everything’s perfect, and they make up at the end of the day.”

For the lost kids of Alone Together, that’s a far cry from reality. While there’s an essential core of affection at the heart of Esther and Benji’s relationship (they’re both self-centered in similar enough ways that draw them together), they never miss a chance for a brutally honest verbal jab.

On “Sleepover” and adult friendships

For a prime example of how the characters of Alone Together struggle to tackle the responsibilities of the everyday world, look no further than the eighth episode of the series, the aptly titled “Sleepover”. Co-written by Povitsky, “Sleepover” sees Esther desperately attempt to calcify some bachelorette-party acquaintances into life-long friends through an old-fashioned slumber party — complete with Clueless-themed T-shirts that say “Esther Club” and coordinated party dancing.

“[My approach was] feeling how hard it is to make new friends as an adult – that’s a really common experience for people,” Povitsky said. “Oftentimes, people will just stay friends with their old friends from high school, middle school, or even college.”

“You don’t know how to make friends as a grown-up. You just know how [you did it] when you were young. That was the message behind the madness there: we’ll get these girls to feel like they were young again, and we’re all in the mode of friendship. Of course, it doesn’t work — grown-ups like to drink alcohol and do grown-up things; they don’t necessarily like Puffy Paint. But for this character and me, that’s all she wanted to do — try to force it on people and make it work.”

Part of Esther’s desperation to be liked is a fear of a lack of authenticity in her relationships; in that same sleepover, she insists on serving Stevia lemonade instead of booze because she wants to make sure the connection they make is real instead of fueled by alcohol. It’s a comically elevated premise, to be sure, but one rooted in Povitsky’s own anxieties about the realness of her own interactions with people.

“I’ve had that happen before — not even in the context of a hookup, but even for friendships. You have a really intense night with someone, you talk a lot, you get to know each other really well. Then the next day, you’re like, ‘Wait, we were drunk – did it really mean as much to them as it did to me?’ And sometimes the answer is no. I just felt like that was interesting, and it happens in a lot of situations that aren’t just sexual situations.” 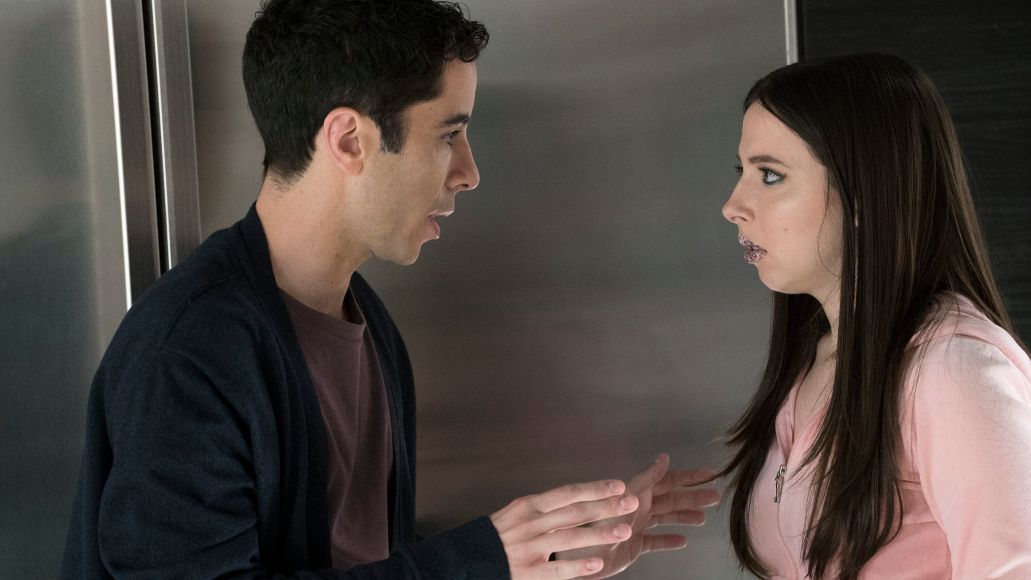 On the finale and season two (already in the works!)

Povitsky says there won’t necessarily be any big revelations or culmination of major plot threads, since this season was relatively episodic. “But… things happen, you know?” she admits with a laugh. “Esther and Benji both set out to better themselves in the workplace and take different paths. We’ve got some big guest stars; there’s a lot of good costumes. That’s all I’ll say. The finale, I think, is going to be a really fun episode.”

Alone Together’s inaugural season has been a welcome home for the kind of dry, venomous double-act we’ve been missing since Hulu tragically ripped Difficult People off the air. As for season two (ordered even before the show’s premiere), Povitsky teases a bit more complexity in the strange, compelling dynamic between Esther and Benji: “We really want to explore the realities of that friendship.” They’re also toying around with the idea of including more of an overarching story to the second season as well.

Alone Together stands to finish its first season with a strong sense of identity, which can only grow in future seasons — something it has in common with some of Freeform’s other standouts, including Grown-ish and The Bold Type. By definition, it’ll be hard to give Esther and Benji much growth beyond their self-obsessed millennial trappings – after all, their stunted development and obsession with escaping their loser status is the glue that binds them together. Even so, Alone Together’s charms lie squarely with Povitsky, Aflalo, and producers The Lonely Island’s dedication to never letting its characters get too comfortable, too successful. If they keep that up, and maintain the caustic, codependent friendship between Esther and Benji that is the core of the show’s appeal, they’ll be just fine.

You can hear more of our conversation with Esther Povitsky later this week when TV Party will be releasing an episode about the best teens in TV history.

Danny Elfman on His Bigger, Messier 2022

Alone Together, Finally: Esther Povitsky on Post-Adolescence, Adult Sleepovers, and That Costume-Heavy Finale