Darius: “Robbin’ season. Christmas approaches and everybody gotta eat.”
Earn: “Or be eaten.”

At this year’s winter Television Critic Association tour, Emmy Award winner Donald Glover made one thing abundantly clear about Atlanta’s second season inspiration: Tiny Toon Adventures: How I Spent My Summer Vacation. More specifically — and in his own words — “Tiny Toons: How I Spent My Summer Vacation was broken up into eight or nine episodes, but when watched together, they played like a movie. You enjoy them more when they’re together.” Put that way, it actually makes a lot of sense for a live-action cable dramedy to crib from an animated children’s comedy.

But it also makes for an understandably frustrating situation in attempting to see the full picture of Atlanta’s second season without the full picture. However, based on a viewing of just the first three episodes of the season, Glover’s vision for the series—to make all of these parts a true whole, in more than just the general concept of a television season—does come through. The first three episodes of Atlanta Robbin’ Season (a title just as integral to understanding the season as the framing device) instantly feel like they have more of a sense of intentional cohesion than the first season, especially since the first season constantly played around with the format of the show from episode to episode — from “Nobody Beats The Biebs” to “B.A.N.” to “The Club” to “Juneteenth”. While every first season episode of Atlanta no doubt shared the same DNA, re-watching every episode together doesn’t improve the experience. That’s the promise of Robbin’ Season, though.

And as someone who re-watched (as she already owned) How I Spent My Summer Vacation in preparation for Robbin’ Season, there’s something very bold (for an already bold show) about it being this season’s major narrative influence. In the movie (which actually ran as four episodes when it aired on TV), nearly every major character is off on their own fully-formed adventure—all which could easily lead their own movie or episode—almost completely divorced from the others. The film even pokes fun at itself and its complex and complicated choice of structure in the end credits, with the joke credit of “Feature Length Movies Should Not Have 18 Different Plots” as one of the four possible morals of the story. Also, the possum segment in Babs and Buster’s Deliverance-inspired story is still quite unsettling to this day; and tone-wise it’s oddly reminiscent of Atlanta season one’s plot with Migos.

So for a critically-acclaimed series to decide to approach its sophomore season with that same particular structure, there’s certainly room to be wary of the particular choice. Again, part of what made Atlanta’s first season so fascinating was how detached the individual episodes felt from each other at times, despite still telling a linear story about the rise of Alberto “Paper Boi” Marks (Brian Tyree Henry) and his cousin/manager Earnest “Earn” Marks (Glover). With Robbin’ Season planning to make the episodes more linked and cohesive—Donald Glover has also said not to expect another episode like “B.A.N.”—it’s stepping into unknown territory, all over again. 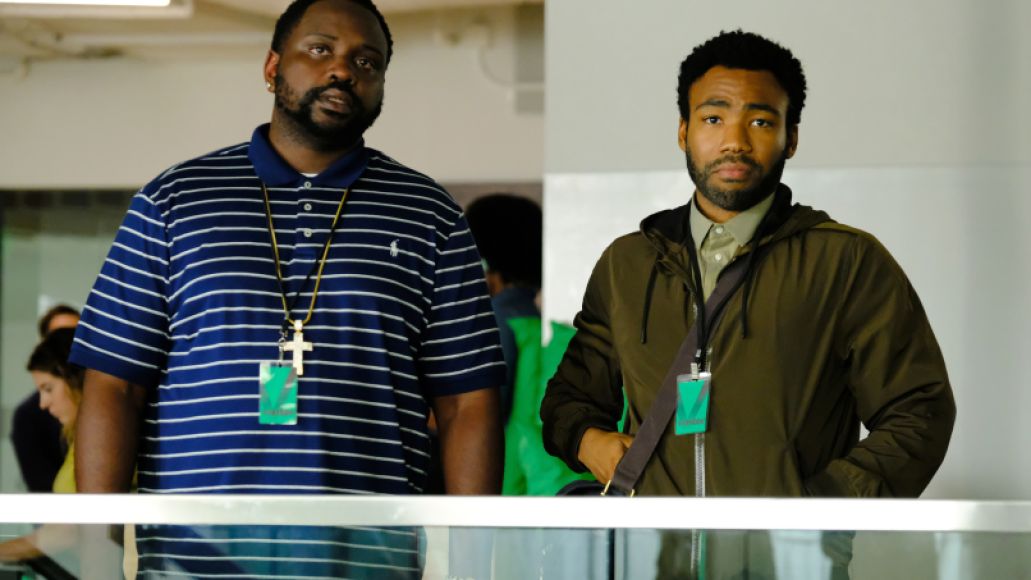 Besides the Tiny Toon Adventures of it all, the other cultural marker for this season is also now part of its title. With Atlanta Robbin’ Season, the FX series tackles another unfortunate part of the struggle, the increase in robberies during the holiday season and everyone being on high alert because of it. That’s not necessarily a funny concept in theory (or even reality), but the season premiere makes it so before the end of the cold open. That’s the earliest reminder of the type of show that Atlanta is and will continue to be, bizarre yet honest at the same time. And it only continues from that point on, whether it’s non sequiturs about what flavor Flaming Hot Cheetos are supposed to be or the key to the perfect waves in your hair or the dreaded acoustic cover of a rap song.

While it’s become more than cliché to call a city an additional character in a television show, with Atlanta, that also gets mentioned because the Southern metropolis is depicted with both brutal honesty and a layer of surrealism that makes it unlike any place that actually exists. The choice to make robbin’ season the focus for year two of the show again grounds the series, but at the same time, this is a show where (this season) characters are foot-racing Michael Vick or preaching the gospel of “Florida Man,” as though it’s a singular person and legitimate urban legend. And considering the world of this show, “Florida Man” just might be confirmed to be real. The first season gave us black Justin Bieber, an invisible car, and the transracial black teenager who thinks he’s a white man, the former two both so matter-of-factly you were more than likely to miss them the first time around. Hiro Murai returns to direct these episodes with the same deft eye he did last season (after directing seven of the last season’s 10 episodes), and he makes the big and the little, as well as the surreal and the grounded, moments work in his choices. 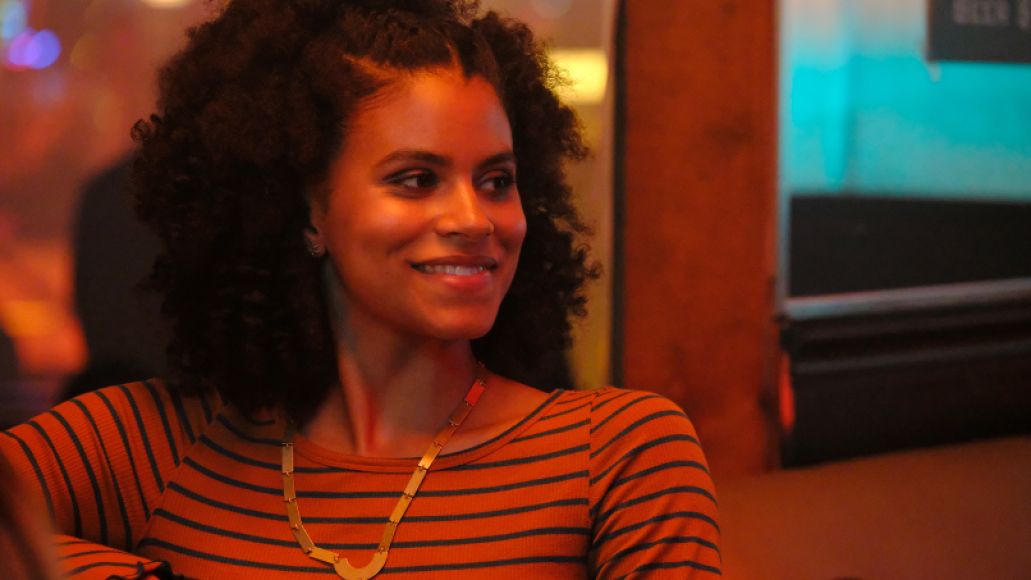 But despite taking place during the holiday season, as characters regularly mention, there are none of the trappings of said season to visually corroborate the story. The typical expectation of the winter holiday season in television/film and American culture in general is for decorations to show up almost as soon as Thanksgiving ends, if not mind-bogglingly sooner. There are the lights, the trees, the tinsel, the terrible sweaters, etc. But that’s not the case here. At least not in the first three episodes. It makes sense, though, especially when you consider that it would probably be seen as a target during an already tense time. If you can afford decorations, you can afford a lot more, right? Like everything with Atlanta, this is an intentional choice.

And with Atlanta’s return, affording things becomes more of a reality for both Al and Earn. For Al, who continues to find success as Paper Boi, so do his list of reasons for just being completely fed up with all of it. He spent a good portion of the first season saying he was just trying to get paid and not have a rap career, but now that the rap career is a reality, he’s getting more and more glimpses at just how fake it all is—and how fake he has to be in order to get to a certain level. Who can he hang with? Who should he avoid? Where can he get his drugs? Adding even more conflict to this is a new, more successful rapper named Clark County, who has all the things Paper Boi wants, but the question is, at what cost? 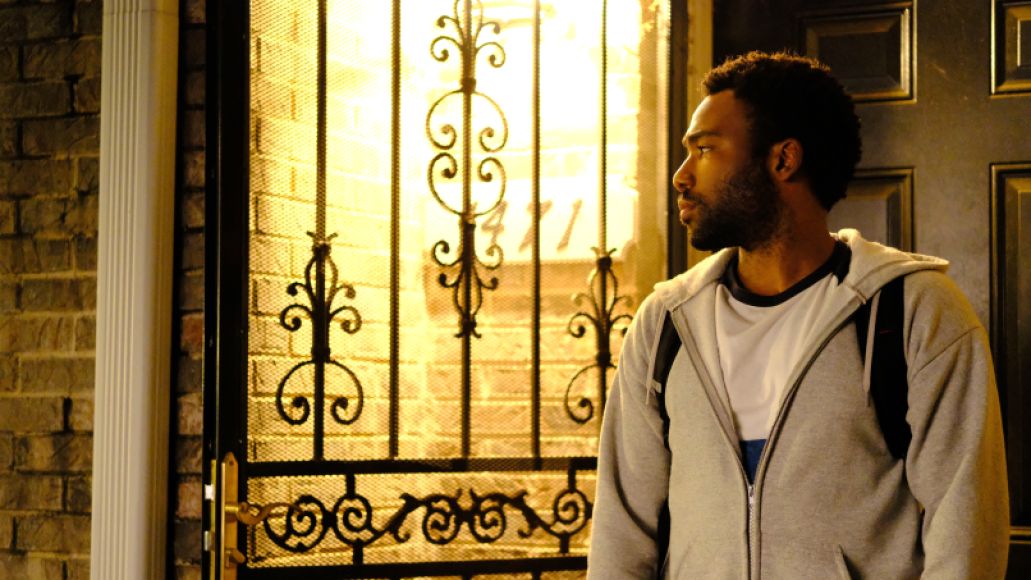 Meanwhile, Earn is going to try to go from the man people stunt on to the man who does the stunting. But that proves to be much easier said than done, especially as he continues to fall into the trap of needing to spend money as soon as he gets it in order to prove that he has money. “No more Mr. Nice Earn,” he proclaims to Van (Zazie Beetz), which sounds just as non-threatening as it reads. Early in this season, Earn is given the great advice—though it’s surrounded by a lot of other craziness—to get the chip off his shoulder if he wants to succeed in the music business. It remains to be seen if he will or if he even knows how to.

There’s also the introduction of a new character named Tracy, a friend of Al’s who just got out of the joint and speaks as though he has everything figured out. (You know, even though he’s crashing with Al and Darius and—as mentioned—just got out of prison.) Tracy is a character who brings perhaps the broadest beats of comedy to Atlanta in this second season, but he’s not a caricature; he, too, is hustling and trying to keep afloat, he just has his own, not-always-legal ways of doing so. Tracy is the most apparent proof that robbin’ season is more than just knocking over fast food joints or burgling people’s homes, but everyone on Atlanta is trying to get theirs this season. The key is to not let anyone get yours too. 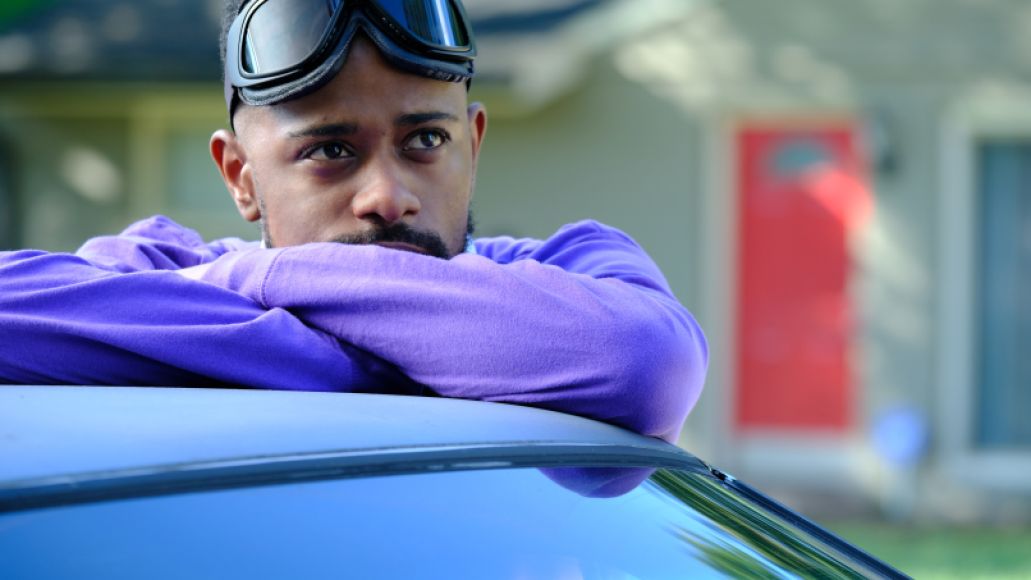