Barry is a comedy about death. Not physical death, necessarily, though Bill Hader‘s titular protagonist is an assassin and the first episode does open with him standing over a dead body. But that introductory corpse isn’t the only dead thing in that room, and the character that Hader begins sketching as HBO’s newest half-hour comedy ramps up is a surprising one: The bored killer. Because Barry isn’t disillusioned or even all that remorseful—he’s depressed. He’s depressed like anyone who finds themselves locked in a career for which they can no longer conjure up passion. There’s plenty of talk in Barry about finding a purpose, but that’s a red herring: You can only outrun depression by moving, by changing and shaking off the strictures of identity. “Do not fucking tell me what I am,” a character screams in the fourth episode, and it might as well be the tagline for the show.

It’s only natural, then, that the directionless find respite and escape onstage. You’ll find them at your local community theater, the CEOs and doctors and lawyers who only feel alive when they’re Willie Loman or Hedda Gabler, so Barry‘s central thrust—assassin becomes actor—isn’t as much of a leap as the concept might suggest. Performance has the odd power to compel even the most level-headed into a life of poverty, rejection, and relentless self-deprecation. Artists suffer the slings and arrows because they can never forget the joy of their first ovation, or the thrill of feeling like you created something worth seeing. That Barry is an assassin, someone who destroys for a living, is simply a blunt way of emphasizing how performance is a mode of creation, one where you’re celebrated not for what you do so much as who you are. 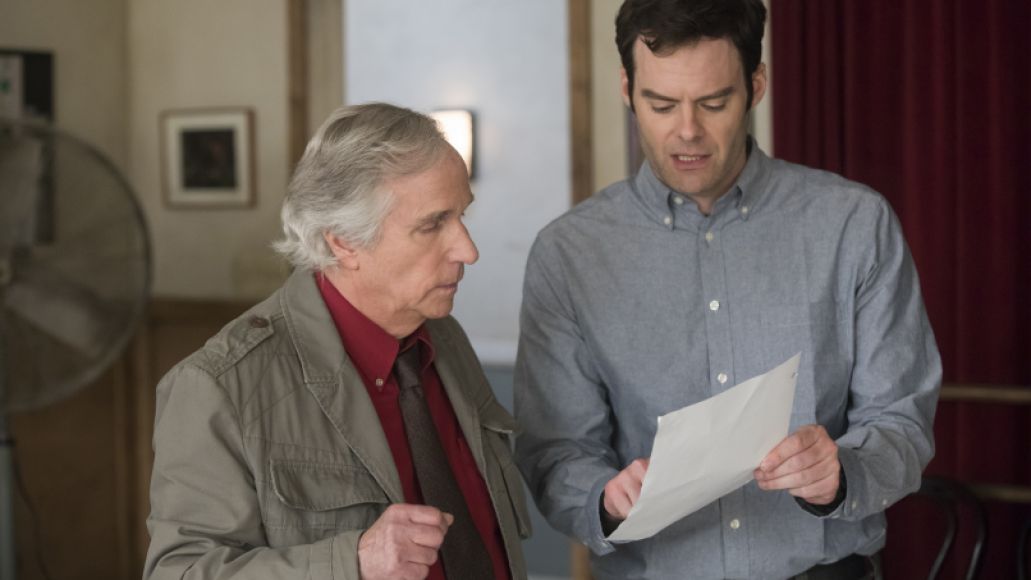 Barry unwittingly taking the stage after pursuing a hit, Ryan Madison (a hilarious Tyler Jacob Moore), into a Los Angeles acting class helmed by Gene Cousineau (Henry Winkler). There, Cousineau sings the praises of live theater while assigning his starry-eyed students perform scenes from movies like Magnolia and True Romance. After being ushered onstage as Ryan’s scene partner, Barry is swept up in applause and shuffled out for post-class drinks with Ryan and Sally (Sarah Goldberg), a struggling actress with eyes for our hero. When his hit on Ryan is compromised, Barry finds himself at odds with a gang of Chechen gangsters led by a brute named Goran (Glenn Fleshler) and a dandy calling himself NoHo Hank (a bizarrely charismatic Anthony Carrigan). With his mentor, Fuches (Stephen Root), in danger, Barry is forced to comply with the gangsters as he simultaneously dives headfirst into Cousineau’s class and the promise of a relationship with Sally.

Despite initially framing Cousineau and his class as buffoonish, Hader and co-creator Alec Berg (Silicon Valley, Curb Your Enthusiasm) manage to wring genuine warmth from their Hollywood satire, making it easy to see how a depressed, insulated killer could be so drawn into the adulation and community that’s inherent to any artistic community. “Thats what this class is about! Life! I want you to create a life onstage!” Cousineau cries in a load of lovely, delicious bullshit. Barry’s classmates are delusional and narcissistic, but they’re undoubtedly present, which is what can make even the hackiest actor magnetic—Cousineau proves this once he begins pursuing no-nonsense Detective Moss (Paula Newsome) in a storyline that shouldn’t work nearly as well as it does. Hader and Berg clearly love these characters, which is what helps elevate both the aspiring actors and the gangsters above their base archetypes. Because what they all share is a desire to feel alive; whether you’re a killer or a creator, the emptiness catches up with us all. 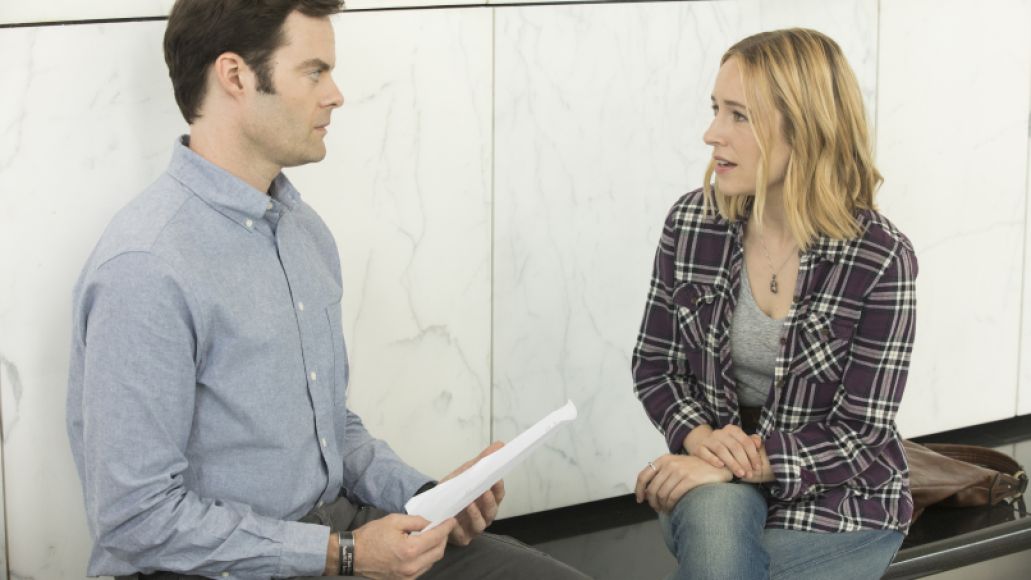 And that’s why Goldberg’s Sally might be Barry‘s secret weapon. In the first four episodes screened for critics, we see her sunny disposition slowly crack as the bitterness, desperation, and objectification that comes with being an actor becomes overwhelming. When a career is based not on a trade but on the value of one’s own self, it’s impossible to shield your soul from the blows that inevitably rain upon it. Of course, that vulnerability is what’s initially appealing—Barry, a pragmatist with a very specific trade, is thrilled to finally be a person—but it’s also what can eventually destroy the budding performer. Watching the two navigate each other when both are in opposite places in terms of their careers and their idealism gives the relationship a rich, prickly texture.

For as heavy as its central themes are, however, Barry is consistently funny. Goldberg and Moore, especially, nail the affects of the “mediocre actor” with aplomb, with Moore’s take on Gary Oldman’s Drexel from True Romance somehow resonating as both cringeworthy and breathtaking. As the Chechen gangsters, Fleshler and Carrigan exude a giddy enthusiasm that serves as a striking counterpoint to their vengeance—for all the jokes they crack, they won’t hesitate to shudder—file down a few teeth.

If anybody remains a touch vague by the end of those four episodes, it’s Barry himself. Hader can be broad as a performer, but his turn here is more tightly wound in both delivery and body language. While this serves the character, there’s a hesitancy to Hader’s performance that feels as if the actor still isn’t quite sure what makes Barry tick. Perhaps that’s a byproduct of the character being strung between two extremes, unsure of how he’s supposed to function in this new life, but occasionally it can feel like Barry is supporting character in his own story, especially in the third and fourth episodes. But identity promises to be a slippery thing in this series, which is truly one of its most appealing aspects. “Do not fucking tell me what I am” indeed.

Bill Hader Is a Shitty Actor Trying to Outpace Death in the Hilarious, Surprisingly Existential Barry