Burger Boogaloo, the annual music festival put on by Burger Records, returns to Oakland’s Mosswood Park from June 30th to July 1st, 2018. For the fourth year in a row, cult actor John Waters has been tapped to host the festivities.

Other confirmed acts include The Damned, Mudhoney, Dwarves, The Rip Offs, Spits, Hunk & His Punk, The Dickies, Quintron & Miss Pussycat, and Nots, among others. 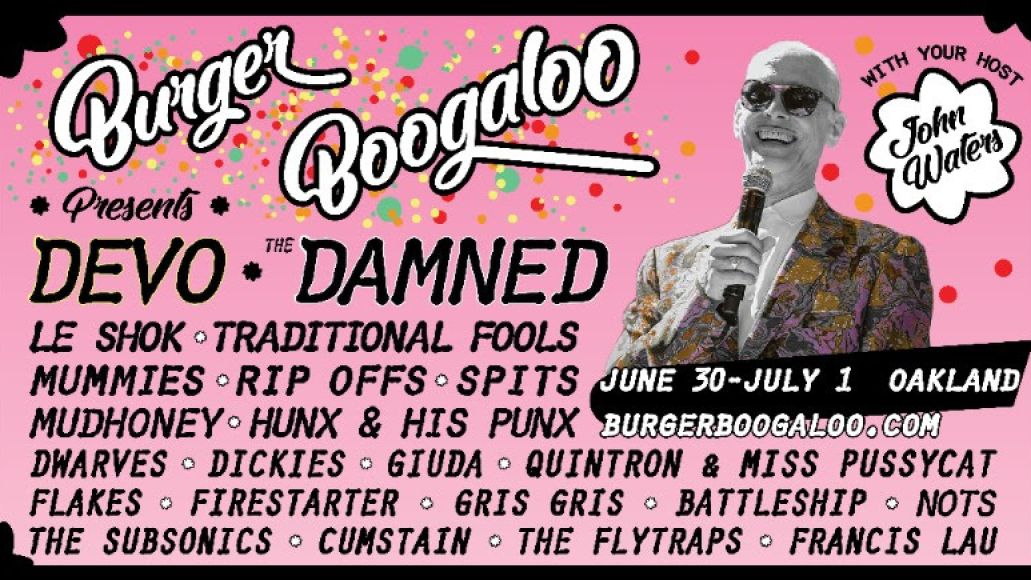