David Bowie’s 2015 musical Lazarus is making a return to New York for one unique night. On May 2nd, Brooklyn’s Kings Theatre will premiere a film version of the play’s London production with a live soundtrack performed by the original off-Broadway band.

Alongside his collaborator Henry Hey, Bowie rearranged 15 songs from his illustrious career for Lazarus, including “Heroes”, “Life on Mars”, “Changes”, and deeper cuts like “Always Crashing in the Same Car” and “Dirty Boys”. He also wrote four original tracks for the play — the title track, “No Plan”, “Killing a Little Time”, and “When I Met You” — the latter three of which ended up being his final recordings. Co-written by Bowie and Enda Walsh, the musical served as a spiritual sequel to the 1976 Bowie-starring movie The Man Who Fell to Earth.

The Brooklyn screening will mark the debut of the theatrical version of the show’s London run. The cast includes Michael C. Hall as Thomas Jerome Newton, Amy Lennox as Elly, Sophia Anne Caruso as Girl, Michael Esper as Valentine, and Jamie Muscato as Ben. Soundtracking the film will be the live band from the original off-Broadway performances: Hey (director/arranger/keyboardist, keyboardist/guitarist JJ Appleton, drummer Brian Delaney, saxophonist Lucas Dodd, bassist Fima Ephron, trombonist Karl Lyden, and guitarist Chris McQueen. This will mark the first time the musicians have played Bowie’s material together since Lazarus ended its NYC run on January 20th, 2016.

A ticket pre-sale is now ongoing (use the password: SoundAndVegan) ahead of a public on-sale scheduled for tomorrow, March 20th. 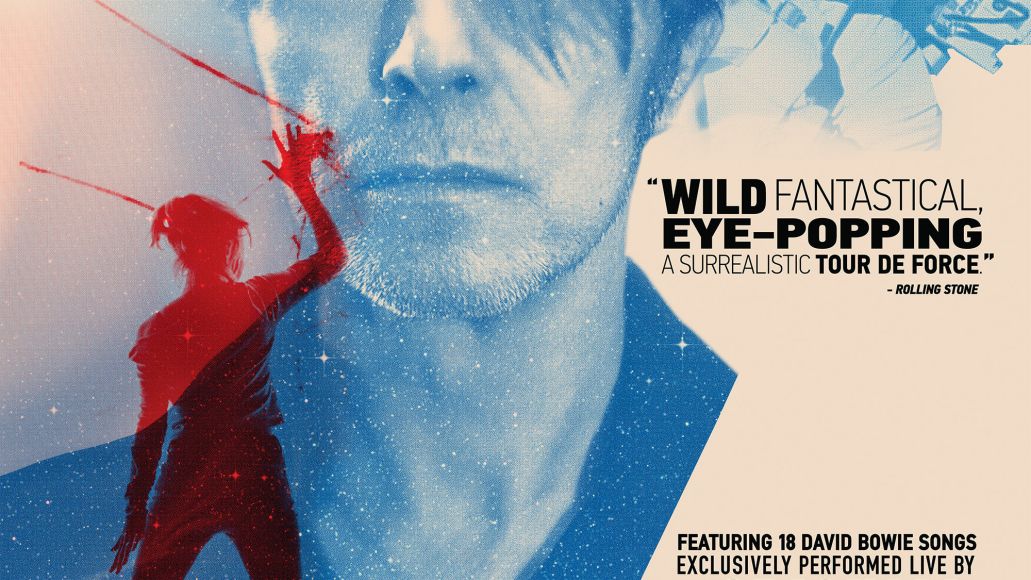