Desert Daze has revealed its preliminary lineup for 2018. The seven edition of the Southern California music festival goes down October 12th-14th in Lake Perris, CA.

Update – May 8th: More acts have been added to the bill, including Jarvis Cocker (introducing JARV IS…), Death Grips, Earth (performing The Bees Made Honey in the Lion’s Skull), Beak>, Hinds, Wand, and more.

Update – May 11th: King Gizzard and the Lizard Wizard have also been confirmed as a headlining act. 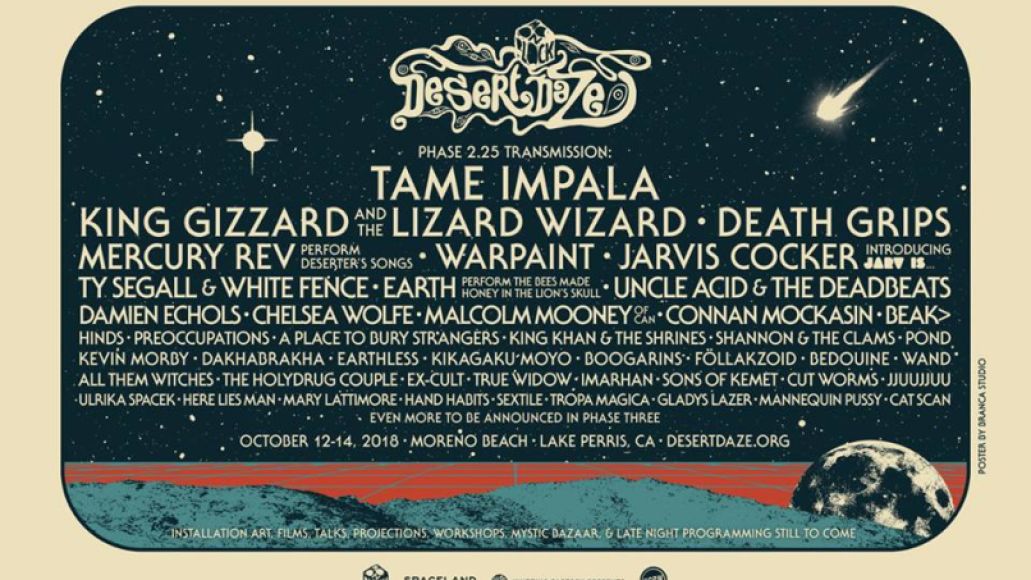