Track by Track is a recurring new music feature in which an artist breaks down each and every track on their latest album.

After five albums together, heartland garage rockers Heartless Bastards decided to go on hiatus in 2016. Lead singer Erika Wennerstrom used the break to take a breather before beginning work on her own solo material. The result of these solitary writing and recording sessions is her solo debut, Sweet Unknown.

From beginning to end, the creative process of working on a solo LP was both liberating and eye-opening for the singer-songwriter/guitarist. Assisting her on this self-exploratory journey was Heartless Bastards’ own Jesse Ebaugh, who contributed bass on a majority of tracks. But by and large, Sweet Unknown is driven by Wennerstrom’s vocals, the warm and bluesy instrument fans of Heartless Bastards have grown to love. It’s also highlighted by her notes of inspiration — directed toward herself and her listeners.

As Wennerstrom explains to Consequence of Sound,

“When I started writing this record I thought about songs that I’ve been a fan of that have a positive encouraging message. I thought about how maybe the struggles I’ve had at times in my life and with writing could be changed if I could put my energy and message towards others, but what I got was the most self-healing I’ve ever had through the creative process. It’s like my positive message to others became my own mantra. It’s like how sometimes we need to start listening to our own advice, and singing these songs repeatedly has given myself a message I need to hear when I sing them over and over again.”

This positivity can be heard throughout the album’s nine tracks. Songs like the slow-burning, almost meditative “Be Good to Yourself” promote self-love, while “Like A Bird” advises that we “open up and let the good things come.”

The new LP officially arrives March 23rd through Partisan Records, but Consequence of Sound is premiering it in full below. Take a listen.

For more into the world of Sweet Unknown, Wennerstrom has provided a detailed breakdown of each and every song on the album Track by Track.

“Twisted Highway”:
This song sort of sums up the whole album in a lot of ways. “Twisted Highway” is the process of learning more self awareness, and self acceptance. Writing songs over the years has forced me to do a lot of self reflection, and I haven’t always liked what I see. I really needed to change my way of thinking though. I chose to focus on the negatives within myself. I really needed to stop and take a look at what’s good in my life. I have a lot of love in my life and I have had some truly beautiful experiences and opportunities. I was so focused on where I was going and looking into my past instead of appreciating where my life was at. Going forward never stops. I don’t really have to propel myself. I need to smell the flowers, taste the food, and see the beauty around me.

“Extraordinary Love”:
This song is really a continued theme. It’s a mantra of self love. The words could seem like analogies but it pretty biographical. I went down to the amazon jungle on a trip in 2015 right before the last Heartless Bastards record, Restless Ones, was released. I was at a point where I was deeply unhappy, and on a whim, I decided to do an Ayahuasca retreat. Despite the idea frightening me, I felt I needed something to change within me so bad that I had nothing to lose. It really opened the door and started me on a path to many self-realizations. The band decided to take a hiatus the following year and I spent quite a bit of time hiking and reflecting in the mountains of West Texas in Big Bend national park. That’s where a lot of the ideas for the album came to me, and I spent the next year working on it. The song is the realization I do everything in my life for love. We all want to be liked and to give and receive love. If I can’t be kind and loving to myself how can I expect anybody else to. It’s starts with me. I find the most extraordinary thing is to be truly compassionate to yourself.

“Letting Go”:
Once again a similar theme. Learning to be present. Letting go of what doesn’t serve me anymore. I came to the realization that we all as human beings have an inner struggle. Sometimes even people that have so much are hard on themselves with a sense of guilt. We’re all just doing the best we can in each moment. Some maybe more consciously than others. Perhaps it’s my limited perspective, but I feel it’s the human condition. An ancient feeling. 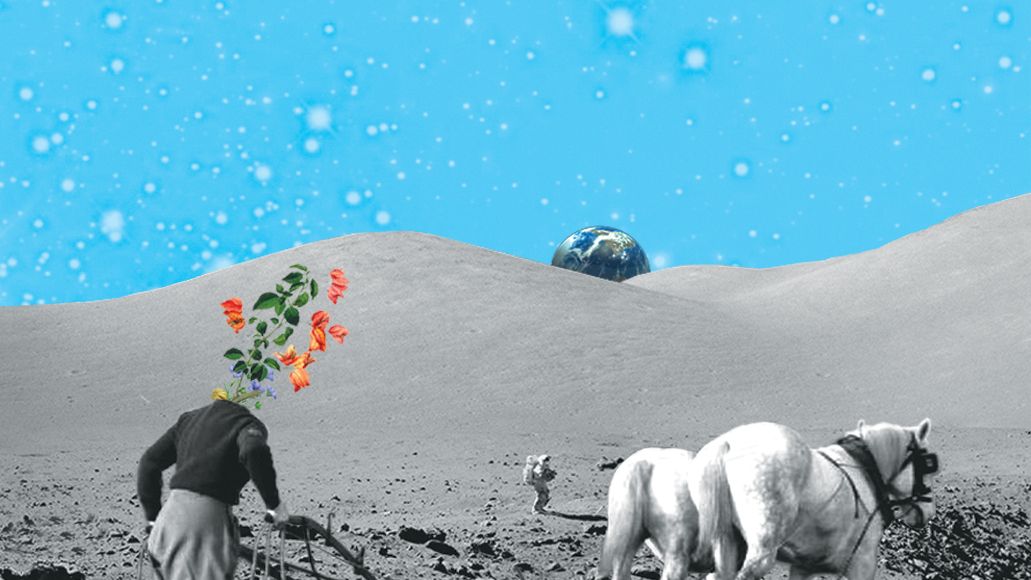 “Time”:
Sometimes I feel a sense of anxiety with time. “What direction do it take?” “What turn will make me live the best?” At times this feeling paralyzes me. “What if I make a wrong choice.” I realized I have to learn to trust my gut and be ok with making mistakes too. It’s like the thought it’s better to try and fail then to sit in fear and inaction. This relates anywhere from following my dreams to taking chances on a romantic interest. Just following my heart in general. And once again this goes along with being more present in my life. Seeing moments for what they are and not what I want them to be or become. I also have self medicated a bit in my life and the more I tried to live a healthy sober existence I found myself over exercising or taking my healthy habits to an extreme which I found to be very bad for me also. Letting go of control of my life in a way has given me a lot more of a sense of peace and in some ways actually more control.

“Be Good To Yourself”:
This is just another comforting mantra that is similar to songs above. This song I wrote as a comforting message directly to others, and it bounced back to me and I find myself consistently comforted by it.

“Staring Out The Window”:
Is about a pattern established when I was young that when I’m around someone in a dark mood or full of anger or just unkind to me I’ve tended to look inward and wonder what I’ve done to cause the situation, like “Surely it must be my fault,” but a lot of times It really has nothing to do with me. It was a deep insecurity with in me. Staring out the window is a reference to me looking at the world through my eyes with my limited view and perspective. Not understanding what healthy behavior is. Then the process of growth with the realization that accepting negative behavior towards me in my longing to feel love and acceptance condones it. Sometimes we feel comfortable around people that aren’t good for us because they feel familiar, but that can be the unhealthy pattern. As far as how I developed that pattern I don’t feel a need to explain or lay blame as we all are products of our environment. The important step for me was to understand the connection of why I had the unhealthy patterns in my life. Learning how to love myself more had me asking the question of what kind of person do I want to share my time with, I have a choice. And in those situations where a negative person is or has been unavoidable at least i have now come the understanding not to take it personally and I have developed a lot of compassion for how they must feel inside. And I asked myself the question what do I really want to do with this time I have here in this life. How can I make my life more meaningful. 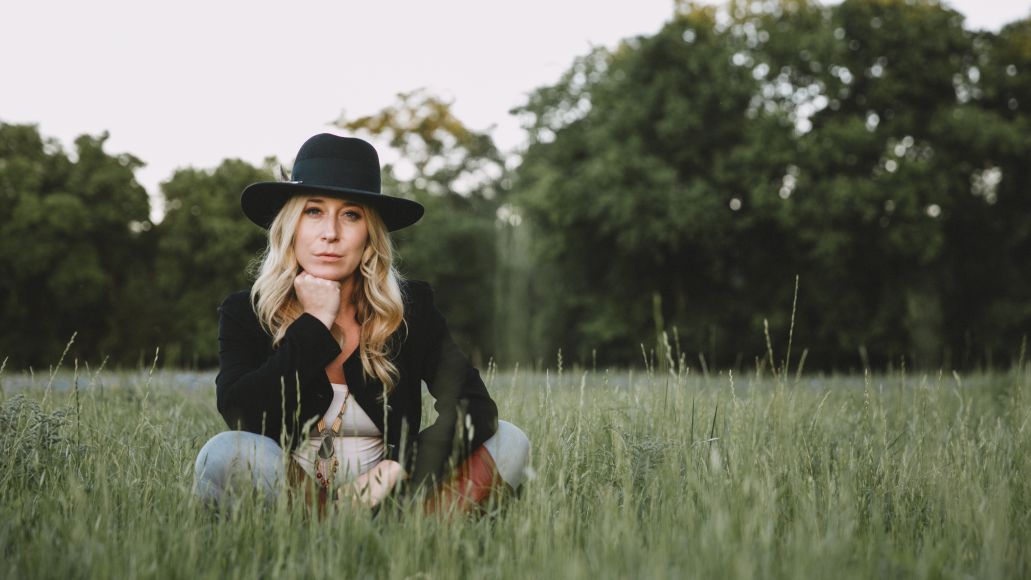 “Good to Be Alone”:
I wrote this one right after a long tour, and with it being one of the last ones the band did before our hiatus, I had quite a lot to think about. I did a big hike that day in Big Bend and the seeds for the idea were planted. I was so thankful for that time alone to recharge and ponder. This song expresses how deeply introverted I can be at times and how sometimes I just need to step away and take sometime for myself.

“Like A Bird”:
Is about how I have put up barriers in my life. I’ve had a lot of trust issues and in trying to protect myself I have kept myself from real joy. This isn’t specifically in romantic sense. It’s broader than that. It’s letting go of the ego and trying my best to put all me out there without questioning myself. And people can take it or leave it.

“Gravity”:
I’ve been going through physical therapy for quite a while from issues from playing guitar and some other accumulative issues from so much touring over the years. While I was writing the song I thought a lot about how someone carries themselves posture wise has a lot to do with how they feel inside. As I worked on mending myself physically I began working on my inner self. It’s about this process of learning more self awareness on the inside and out. My journey through recovery. I’m still a work in progress but that’s ok.