Lest anyone tell you rock is dead, simply point them to Everclear’s remarkably robust Summerland Tour. Now entering into its sixth year, the nostalgia fest has routinely found the ’90s alt rockers behind “Santa Monica” and “Father of Mine” recruiting their contemporaries from the era for massive jaunts through the US. Summerland alums include Sugar Ray, Eve 6, Gin Blossoms, and The Toadies, and this year’s lineup stays firmly on brand—joining Everclear will be “Bound For the Floor” rockers Local H and “Sex and Candy” purveyors Marcy Playground.

“This year the Summerland Tour will be a different look at ’90s alternative and the different facets of what it’s about,” says Everclear frontman Art Alexakis. “I think it will be really cool because it’s usually guitar-based, but Marcy Playground is more acoustic-based and Local H is two guys that make a whole lot of beautiful noise. With Everclear, we’re going to play the hits we always play, but we’re also going to mix it up. Every night will be a little different; there’ll be a few surprises every show.”

And though you may enter with tongue planted firmly in cheek, do know that our own writer found herself “verklempt” while covering the 2012 outing. Nostalgia’s a helluva drug, but no amount of lame, cash-grab compilations—of which Everclear is notoriously guilty—can turn Sparkle and Fade into anything but a great, 90s-era rock album.

The 27-date outing kick off in Dallas on May 17th and runs through early July. See the full Summerland itinerary below, and grab tickets here. 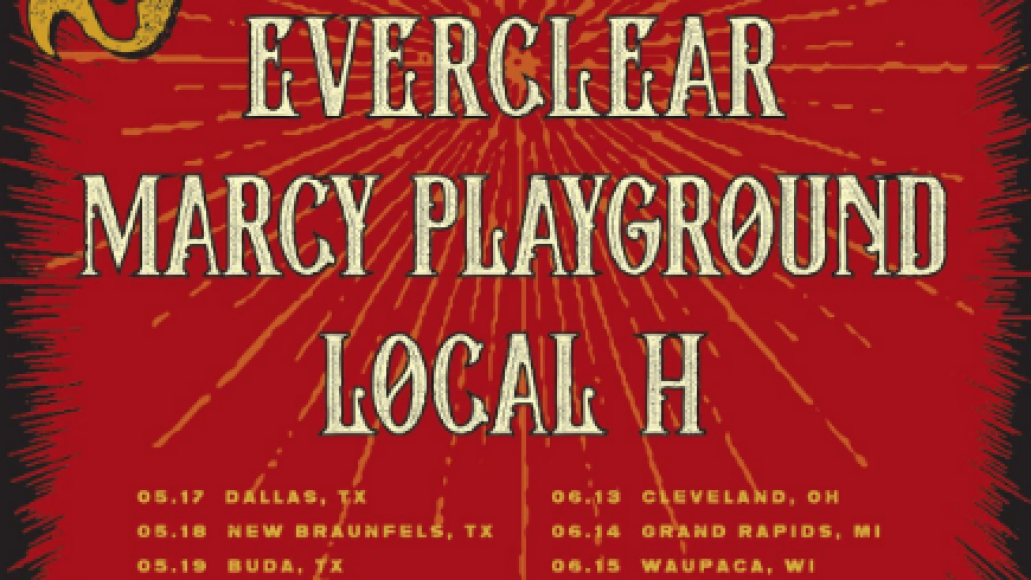 Everclear, Local H, and Marcy Playground are going on tour together