Track by Track is a recurring new music feature that finds an artist breaking down the entirety of their latest album.

Robert Pollard is well-known for redefining what it means to be prolific. The 60-year-old rocker’s career has consisted of over 100 albums, a number he hit just last year with Guided By Voices’ first double LP, August By Cake. The indie alternative outfit also dropped How Do You Spell Heaven in 2017, but 2018 will see Pollard and the group deliver only one full-length. It’s called Space Gun and is out March 23rd. Well ahead of the street date, you can stream it in full below.

Pollard recored Space Gun with GBV’s most recent lineup, a mix of veterans (Doug Gillard and Kevin March) and newcomers (Mark Shue and Bobby Bare Jr.). The band mastermind has said he feels invigorated by the current mix of musicians, and that their “adroit talents pushes him to more daring and dizzying heights.”

Take a listen to Space Gun below to see just where those new heights take Guided By Voices.

For more insight into GBV’s latest offering, guitarist Doug Gillard has broken down the album track by track. See what he has to say below. You can also pre-order Space Gun via Pollard’s Rockathon Records.

“Colonel Paper”:
Adventures in late-night trash can grazing. Tried to have a super thin guitar sound & still make the song muscly. Bob’s vocals, Mark’s bass, Kevin’s drums and Travis Harrison at the board all helped to achieve that.

“King Flute”:
Song about King Flute, an “ill-fate squire.” Some great drum fills by Mr. March, and I added a mellotron flute part by way of my smartphone.

“Ark Technician”:
Third consecutive number featuring a character named in the title. But unlike fantastical protagonists Col. Paper and King Flute, this Ark Technician may be more autobiographical, though veiled in its conveyance. And if you couldn’t give a rip about all that, you can just enjoy the beautiful damn song.

“See My Field”:
A great Pollard melody inside of a yearning, pretty rock song. Bob wanted strings on this so it features a combination of mellotron with strings.

“Liar’s Box”:
A song kerning towards prog but still flowing and catchy, culminating in the refrain, “Summons of a glass/ To a sad, sad heaven.”

“Blink Blank”:
A hyperbolic post-punk observation on the current state of the world to end side A.

“Daily Get Ups”:
A song you could get up to daily, meaning wake up to. It’s peppy and cool. 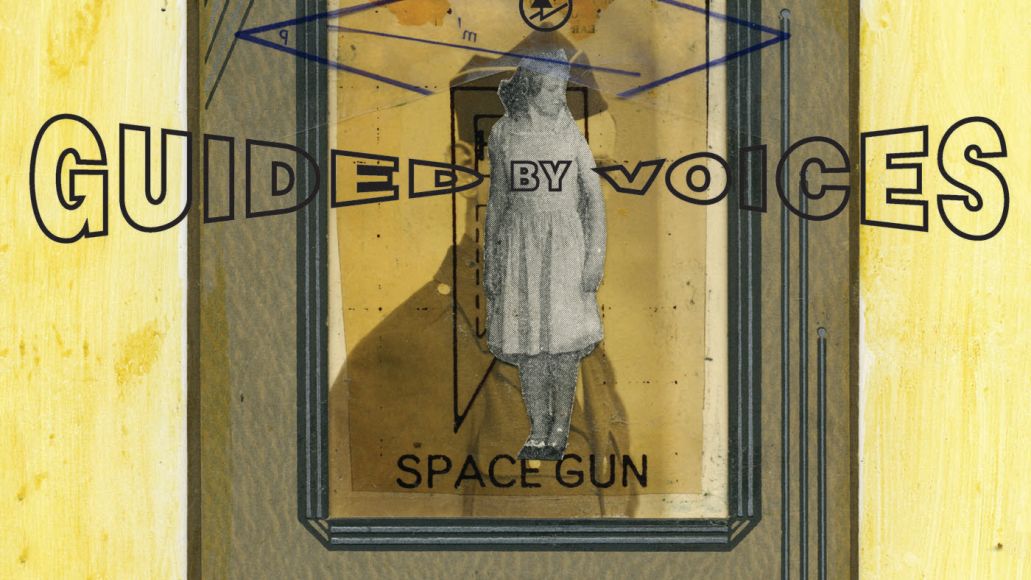 “Hudson Rake”:
“Its funky on the Avalon.” You are implored to “Do the Hudson Rake,” which may be an imaginary dance, but whether it is or not, it denotes a giant yard tool that would dredge up all the bodies dumped in the Hudson by the rat smashers.

“Sport Component National”:
A multi-part song about SCN, a TV sports channel, tied together by the intro/re-intro brought to you by sinister Beach Boys. “There’s a night game breaking out”.

“I Love Kangaroos”:
Kids of all ages will love “I Love Kangaroos”, a song about traveling and sailing. A power-pop song you can slow dance to. I would say its super-catchy, but so are most of the songs on Space Gun.

“That’s Good”:
A ballad that Bob had written some years ago. A melancholy song with an amazing melody that builds. This is another one that called for strings, and I was honored to arrange them for this song, which includes more mixing feats by Travis Harrison.

“Flight Advantage”:
We had fun recording this one together as a band. “Birds will fly, the spiders will dance,” but it’s a heavy rock song, like something from Tommy-era Who, sped up.