Jon Favreau and Disney have a good relationship. He essentially built the Marvel Cinematic Universe for them, and helped tip off the blockbuster live action remakes with 2016’s juggernaut, The Jungle Book. Now, he’s set to join everyone’s favorite galaxy far, far away, as he’s going to help usher in the Star Wars franchise to the small screen.

According to The Hollywood Reporter, producer Kathleen Kennedy released the following statement:

“I couldn’t be more excited about Jon coming on board to produce and write for the new direct-to-consumer platform. Jon brings the perfect mix of producing and writing talent, combined with a fluency in the Star Wars universe. This series will allow Jon the chance to work with a diverse group of writers and directors and give Lucasfilm the opportunity to build a robust talent base.”

The keywords there are “director-to-consumer platform”, which point to Disney’s own streaming service, which we’ve previously reported on. If you recall, the ol’ Mouse House plans to strip their films off Netflix starting in 2019, which is when they plan on launching their own service. Of course, it also helps that they also recently acquired Hulu.

Favreau is in good company, though. In addition to the television series, Disney has already announced plans for a new trilogy from the mind of The Last Jedi writer and director Rian Johnson and another trilogy by Games of Thrones showrunners David Benioff and D.B. Weiss. Let’s also not forget this May’s Solo: A Star Wars Story and next year’s Episode IX.

Keep in mind, this also isn’t Favreau’s first time in the galaxy. The Swingers writer played a bit role in the Star Wars: The Clone Wars animated series as Mandalorian Pre Vizsla, and even has a cameo in Solo. In fact, here’s what he’ll look like in the new anthology film: 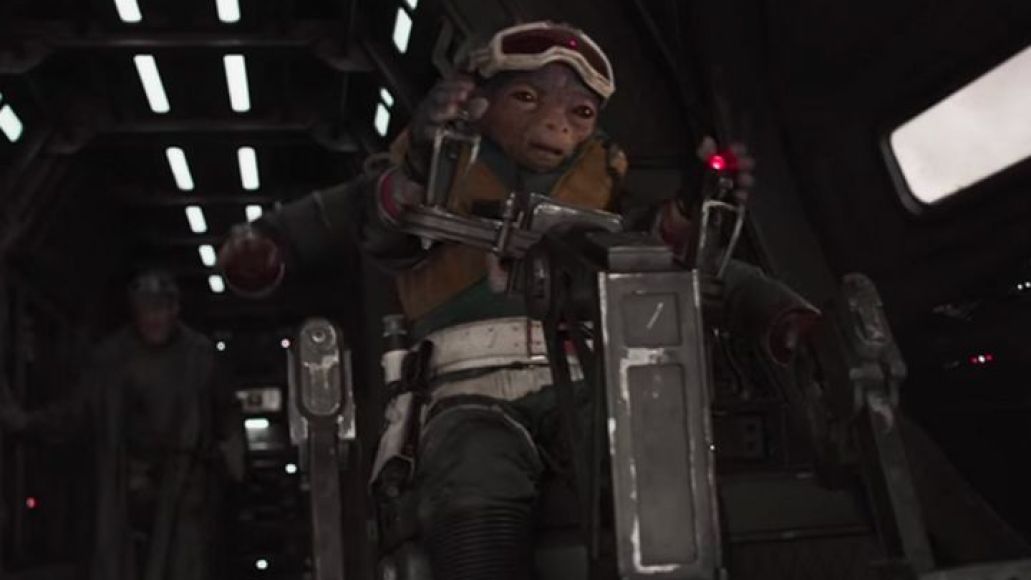 “If you told me at 11 years old that I would be getting to tell stories in the Star Wars universe, I wouldn’t have believed you,” he explained in a statement. “I can’t wait to embark upon this exciting adventure.”

Fingers crossed there’s a great scene in Favreau’s series where a heartbroken smuggler comes home after a long night slumming it around Coruscant and leaves several embarrassing hologram messages that will most certainly get him rejected. Hey, maybe a bunch of Jedis can get around and play Sega Genesis or something, too.

In the meantime, stay tuned to State of the Empire, our own Lucasfilm podcast that covers news from Alderaan places. Recently, they dug through old scripts and found links to the new trilogy and possible clues as to what we might expect from both Solo and JJ Abrams’ forthcoming trilogy capper, Episode IX. Subscribe now!