Setting the Stage: Friday saw Jack White release his third solo album, Boarding House Reach. Already the record is somewhat polarizing, with some praising its experimental reaches and others bashing it as the work of an erstwhile genius striving so hard for something new that he no longer sounds fun. The truth is probably somewhere in between, as it’s arguably White’s most uneven effort ever, yet even the most off-form composition of contemporary music’s “last” great guitar hero is worthy of some regard.

Besides, White’s music has always lived a different life on stage. There are songs on Boarding House that you knew instantly would fit right into his setlists (“Connected by Love”, “Over and Over and Over”). Others, like “Get in the Mind Shaft” and “Ice Station Zebra”, are so damn strange you feared what they’d become in a live setting. For many, Friday’s intimate show at Brooklyn’s 1,000-capacity Warsaw was mainly a chance to see White play a massive undersell venue. But even the most diehard fans had to wonder on some level whether the man who just made his weirdest record to date would remain as powerful a performer as he’d always been. 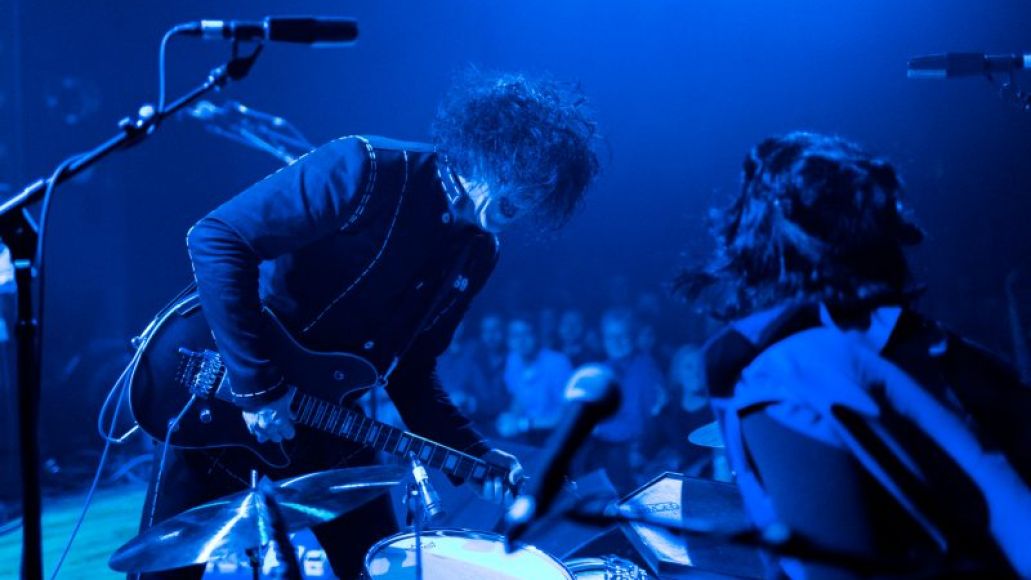 Taking the Stage: New Jack, same as the old Jack. Is there any more impressive sight in rock than watching White call out a setlist on the fly as his handpicked band pulls it off with nary a flaw? Any concerns that he’d somehow lost his joy was ripped away from the first shreds of opener “Over and Over and Over”. In fact, White seemed freer than ever, a looseness in his swagger in place of over-applauded conceit. I can’t recall seeing him smile or play with the crowd more, beckoning them to “woo” during The White Stripes’ “I’m Slowly Turning Into You” and letting them take the final words as he closed the main set with The Raconteurs’ “Carolina Drama”.

After tossing the cork into the crowd, he stood at his mic stand holding a bottle of champagne, a blue St. Vincent Signature Ernie Ball Music Man guitar slung behind him, belting “Ice Station Zebra” into an effects mic; everything about the moment screamed “New Jack”, all that tall confidence behind one of the wackiest songs on Boarding House. And yet even the less effective moments from the new LP, like the wannabe Daft Punk electronics of “Get in the Mind Shaft” or the halfhearted dirge of “Why Walk a Dog?”, still rang out singularly, unmistakably White from the stage. The yells of “Who’s with me?!” during “Corporation” may be the corniest line he’s ever penned, but the synth vamping and guitar frenzy that came with it confirmed that no amount of studio experimenting can sap Jack White of his unquestionable live prowess. 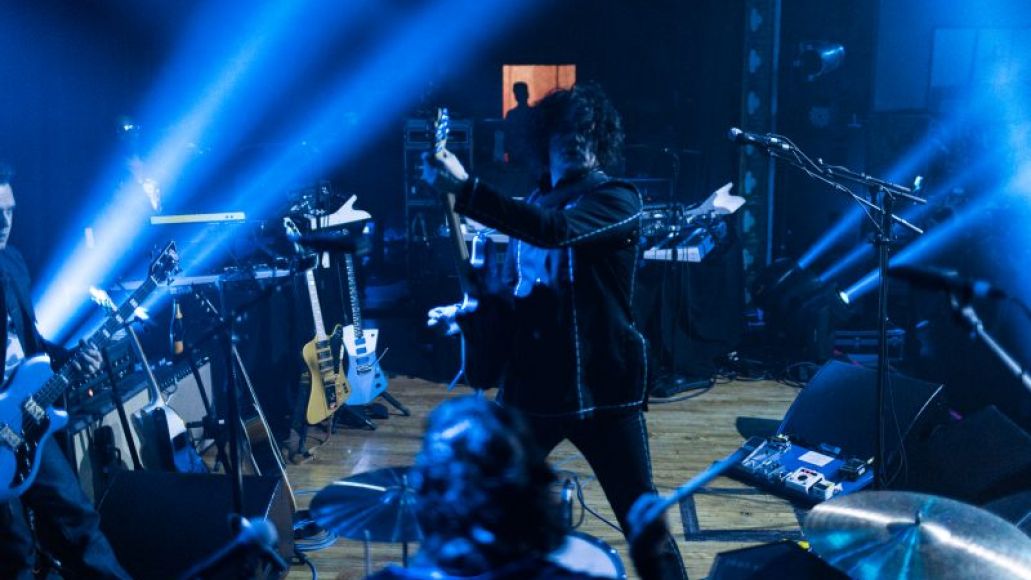 But Where’s the Insta Story?: A quick note on the whole no cellphones thing: There was something absolutely pure about having your phone locked away in a little green pouch. Not only were screens not corrupting your view of the show, but you were forced to just forget about your own device. Plus, the whole bagging and unlocking process was a complete breeze that didn’t slow entry or exit one bit. Long live Yondr.

That One Song: Man, does this feel like a hampering chore given the wild 26-song setlist. The deconstructed take on “Blunderbuss”, complete with a capella final verse, was arrestingly gorgeous. There was a revelatory sensation of openness watching him shred that St. Vincent guitar for the first time on “Connected by Love”. But it was when he tore into the instrument again on “Hello Operator” that takes the prize. He blasted the clapping crowd with a wall of noise rock blues so furious you’d think the stage itself would crumble. At the same time, he held complete control over his band, cuing them with a nod or the tilt of his guitar whenver he found himself deep in a jam. 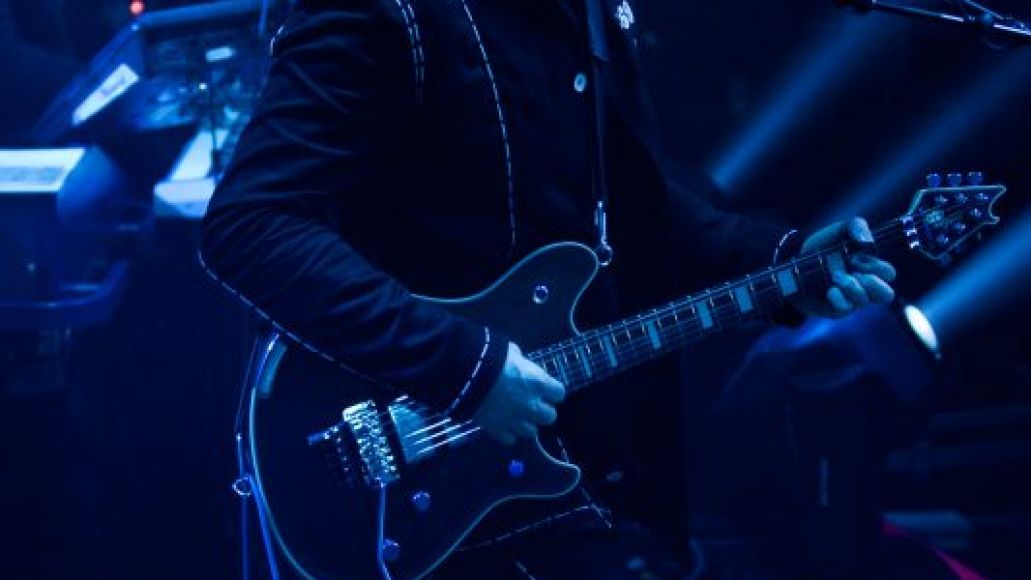 Let Me Introduce the Band: With no theremins or peddle steels on stage, this is the most forthright rock incarnation we’ve seen of White in years: two synth players, a bassist, and a drummer. That and the lean of the new material is probably why keyboardist Neal Evans stood out the most. The Soulive member seemed the most willing to go his own way even as he followed the lead, vamping on “Just One Drink” and “Missing Pieces” in ways that didn’t shroud White’s guitar craziness. That was just the balance needed to make sure all that fresh electronic dabbling didn’t wash away White’s classic sound.

Quoteworthy: “Upstairs they’re giving polka lessons, downstairs they’re serving pierogies. Do you know how much this place speaks to me? How come nobody every told me about this place?” — Jack White, during one of his many references to his Polish heritage.