Last month, we learned that actress Daryl Hannah directed a film starring her boyfriend, the estimable folk legend Neil Young. Called Paradox, it’s a western described as “a fantasy, a loud poem and a free-spirited tale of music and love.” It’s set to debut at South by Southwest next week, and, as we’ve just learned, will premiere worldwide on Netflix on March 23rd.

Young stars in the film alongside Willie Nelson and his sons, Lukas and Micah, as well as members of Young’s backing band, Promise of the Real. It follows a band of outlaws named “Man in the Black Hat” (Neil Young), the “Particle Kid” (Micah Nelson) and “Jail Time” (Lukas Nelson) as they search for treasure in the mountains. Original music by Young and Promise of the Real will underscore the proceedings. As we previously reported, it seems that a portion of Young’s 2016 concert in Telluride, Colorado, during which Young and his band donned “full retro Western outfits,” will be used in the film.

Hannah says in a press statement: “Paradox sprung up spontaneously and unexpectedly, like a peculiar dandelion, popping up between the cracks in the pavement. We were fortunate to find this brief window of opportunity to share the love for the natural world, each other and for the precious seeds of creativity and life. We are all thrilled the film will premiere at SXSW and that Netflix will be sharing it with the world.”

On the same day as its Netflix premiere, Reprise/Warner Bros. Records will release Paradox (Original Music from the Film), on which you’ll hear studio and live performances from Young and his band, as well as covers and music composed exclusively for the film.

Consequence of Sound will be catching Paradox in Austin, so keep an eye out for our review next week.

See the film’s poster below: 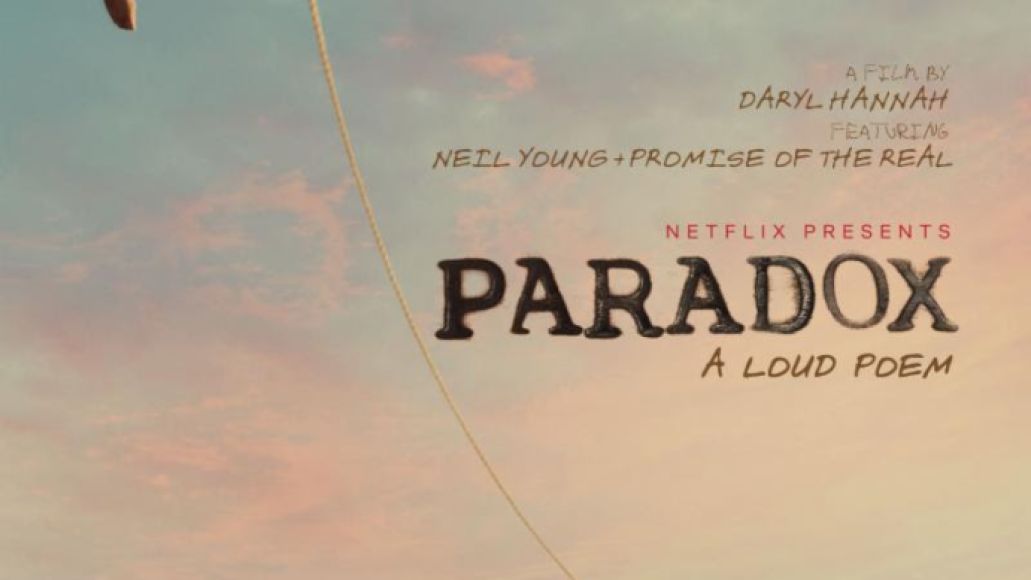 Marvin Gaye Biopic Officially in the Works from Dr. Dre and Jimmy Iovine