Track by Track is our recurring new music feature in which an artist breaks down all the tracks on their latest record.

“In a mere two years, they’ve absorbed the history of glam rock and paid enough attention to the world at large to become fully jaded adults,” writes our own Robert Ham in his review of the new record. The band, whom Consequence of Sound just named our Artist of the Month, recorded Twentytwo in Blue with Unknown Mortal Orchestra’s Jacob Portrait and Matt Molnar of Friends, maintaining the classic rock elements of their previous release with the addition of bongos, strings, and other lush instrumentation. Kivlen tells us this gave “kind of a party vibe” to some of the record’s sharp commentary on the country’s cultural climate, a topic which is more or less unavoidable these days.

Take a listen to Sunflower Bean’s impressive effort via Apple Music or Spotify.

The trio have provided deeper insight into Twentytwo in Blue by giving us an exclusive Track by Track breakdown of the effort. See what Sunflower Bean have to say about their new album below.

“Burn It”:
“Burn It” is about the rage you feel when you notice something you love change and become unrecognizable… in this case, it’s NYC, but it could be a metaphor for anything. Relationships don’t always end, sometimes they just change, and this song is about dealing with that.

“I Was A Fool”:
We wrote this song very quickly while jamming together in our practice space. Nick and Julia both improvised vocals and lyrics that came together as a cohesive counter point to each other in a special moment of serendipity. This song has a melancholy grove accentuated by the four on the floor dance beat. A lot of our favorite songs are sort of sad but upbeat, a major influence was “Melencholy Hill” by Gorillaz.

“Twentytwo”:
“Twentytwo” deals with the expectations put on you as a young woman, by society and even your boyfriend. Aging out. While the verses express vulnerabilities, the chorus is where the heart is. You will not give up, even when you’re alone and everything feels shitty. It’s not necessarily tongue in cheek, but there is something definitely funny about a beautiful entrance of strings coming in with the lyric “busted and used.”

“Crisis Fest”:
On this record we found a muse in the form of the many young people we met traveling the world on our first record. We wanted to write a song for them expressing the anxieties of an uncertain future. This song is less about specific politics and more about our belief in our generation to change the shitty things about the world.

“Memoria”:
The past is the past for a reason. There’s a reason things in the past stay there and are not the present. It’s because they aren’t meant to be the present. This song is about learning and being comfortable with the past, and knowing when it’s wrong for it to continue into the future.

“Puppet Strings”:
The lyrics to this song are a combination of misheard nirvana lyrics that I (Nick) was mishearing since I was a little kid. It was almost like a little art piece to assemble them into a coherent song. It’s not really a love song and its not really a breakup song, its sort of an ode to the feelings and grey areas in between. The guitar bit in the middle was inspired by John Lennon’s playing on Plastic ono Band. 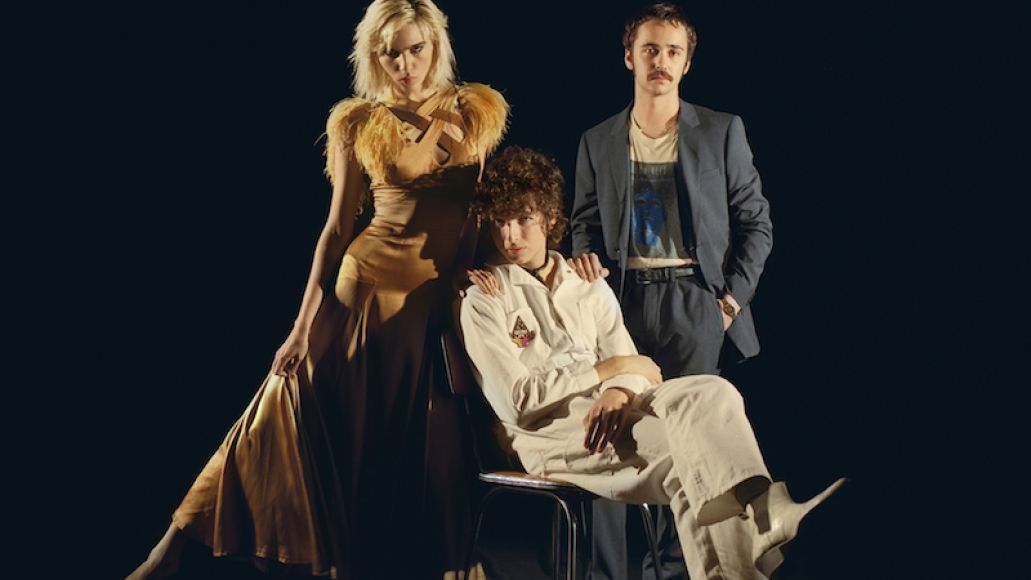 “Only A Moment”:
This song is a letter to a friend, trying to tell them to be strong, which becomes a letter to oneself. While you are healing another, you are healing yourself, and reinforcing these mantras like, “it’s only a moment” and “you’re exactly where you’re supposed to be.”

“Human For”:
“I don’t need your religion!/ I don’t need your protection!” I need the drums. This song is about making your own religion and spirituality, which for us is music. Also, rejecting what your family or people around you might put on you, it’s the primal feeling of protest.

“Any Way You Like”:
A song about the compromises of being in a relationship, the big things and small things. Everything from pet peeves, like dating someone who is always late, to bigger things like “are we both making the same amount of sacrifice in this relationship?” “You can drive my car, if I can ride in yours.”

“Sinking Sands”:
Inspired by podcasts about the paranormal, Sinking Sands is a song about the power of belief and information. The more exposure to different ideas that at first seemed extreme start to become normalized. A lot of the subtext of course comes from the “fake news” cycle leading up to the 2016 election.

“Oh No, Bye Bye”:
Our celebratory anthem song to end the record. Even though this album deals with a ton of serious topics it also has a certain “fun” musical vibe. We wanted to close with this song because it sort of sums up a lot of the themes, perseverance, solidarity, and most importantly, hope.