Leading up to the premiere of her Netflix-bound sci-fi Western Paradox, Daryl Hannah and her partner Neil Young have done everything in their power to dispel it as a serious film. “It’s just fun,” Young told Billboard, with Hannah echoing the exact same sentiment before last night’s screening during South by Southwest. Elsewhere, she’s called it “an accident” and, in the post-film Q&A, not a “real movie”; “more pot than plot.”

Hannah’s right, especially on that last point. Paradox presents the flimsiest of concepts — a “future past” where men and women are forced to live separately until the full moon rises. Young, rock group (and his current backing band) Lukas Nelson & Promise of the Real, longtime manager Elliot Roberts, and several other random figures play a band of outlaws who spend their days excavating technology of the past. Once the lunar cycle completes itself, they meet up with the women in hopes of exchanging the artifacts for affection, produce, and seeds. Given Hannah and Young’s environmental activism (not to mention an entire album dedicated to protesting big agribusiness and GMOs), there’s probably some sort of message to be gleaned about family farms and climate change, although it’s unclear exactly what it is.

To be fair, plenty of other surrealist Westerns have gotten by more on tone and visuals than a tightly wound narrative, including Jim Jarmusch’s Dead Man, for which Young himself composed the score. Paradox strives for a similar atmosphere, one that adopts his music, extended shots of a lush Rocky Mountain landscape, and long stretches of silence. Unlike Dead Man, however, the cartoonish acting, clunky sound mixing (for the dialogue, at least), and head-scratching camera work make Paradox a lot harder to get through.

Outside of Young’s natural, grounded magnetism onscreen (he talks the least of any of the outlaws), the performances are amateurish, which could have been a boon if the Nelson brothers or any of their bandmates were acting like themselves. But most of the film finds them doing little more than playing dress-up. Decked out in cowboy attire, they stumble over piss-and-vinegar dialogue, spout pontifications from the Stoner Philosophy 101 textbook, and ham their way through severely unfunny in-jokes (one buckaroo warns folks to stay away from Young because he’s kind of “shakey,” Micah Young uses his musical alias Particle Kid as his outlaw name; etc.).

The cinematography is equally slapdash, switching from digital to grainy 16mm for no apparent reason. The shots work best when Hannah simply lets the camera roll over the verdant terrain, capturing herds of fleeing elk and other wildlife without any of the characters commenting on it. Accompanied by Young’s blistering guitar work, the animals become a more spiritual, resonant part of the story than any of the dialogue, fulfilling a similar role as on his wonderfully unconventional live album with Promise of the Real, Earth.

Unsurprisingly, Paradox finally starts to cook when everyone does away with their Western archetypes and the musicians simply get to be musicians. The film is a bit foggy regarding how any of the musical sequences tie into the bigger picture, but Promise of the Real are much more comfortable backing Young on an exceptionally fired-up “Cowgirl In the Sand” from Desert Trip 2016 than they are when pretending to be shit-kickers. The same goes for an impromptu campfire huddle where Lukas Nelson delicately sings his father’s “Angel Flying Too Close to the Ground” — made even more poignant for reasons I won’t spoil here. Earlier on, Young gets all stripped-down himself for a rendition of “Pocahontas” played on his 1885 Estey reed organ.

All of this makes one wonder if Paradox‘s 73 minutes would have worked better as a concert film interspersed with surreal Western imagery, and not the other way around. It’s fine if Hannah and her ragtag team just set out to make something fun. But it feels better-suited for playing on a reel-to-reel projector in someone’s basement than at the biggest film venue of SXSW. 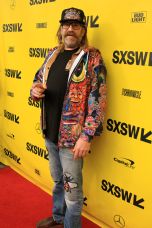 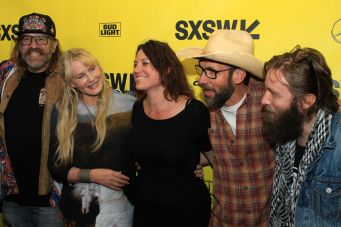 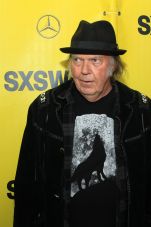 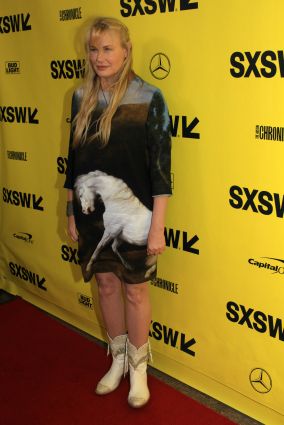 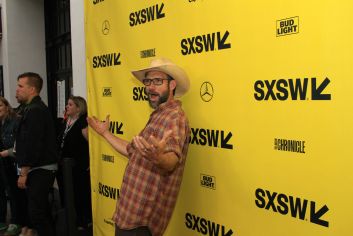 SXSW Film Review: Paradox Works Better as a Concert Film Than As a Sci-Fi Western