The very best thing about the teenage experience is not being one anymore. Our experiences at that age — so many of them formative — tend to be outsized, larger than life, either life-changingly great or earth-shatteringly horrible in equal measure. That excess of emotion makes such times easy to recall. It also makes for great storytelling, whether you’re a grown-up or not.

It would be easy to make a list of television’s greatest teens that numbered into the hundreds. There are countless shows aimed right at the 13-to-19 set, and even more that just happen to feature a character that fits into, or ages into, that complicated range. With this list, we’ve attempted to narrow to the cream of the crop, the Homecoming Court of TV history. In doing so, we had to ask ourselves what made a great fictional teenager, and we asked some other people as well.

One such person: Alone Together’s Esther Povitsky, who calls herself “a teen forever on the inside.” Her fictional alter ego also has some teen-like qualities — “I think most people in their twenties are really like teens minus parents” — so we thought her perspective might be a particularly useful one as we struggled mightily with our list. We were correct. Right off the bat, Povitsky struck what would be a familiar chord when it comes to what makes an excellent teen:

“I think what makes a good fictional teen is someone that’s really real, [who] feels really honest and relatable. And [who has] a lot of drama! You want to have drama for sure. High, high drama and high emotions. I think that’s key.”

Our second expert echoed that theme, and as her character actually pops up on this list, we figured her advice should count double. Isabella Gomez, who plays the big-hearted, opinionated Elena on Netflix’s remarkable One Day at a Time, also felt honesty was a vital quality in these stories:

“I think a great fictional teenager [is] someone that’s truthful and real. You know, a lot of times in the media, teenagers are portrayed as stereotypes. They’re real people, you know. Teenagers are figuring their life out just as much as everybody else. They’re complex, layered, deep, and they have a lot going on. So, I think a good fictional teen has all of those things and has a full life. They’re not just one stereotype.”

We think the following 25 teens more than meet that standard. We limited ourselves to one teen per series, and even with that limitation, some great characters fell by the wayside. Apologies to The Americans’ Paige Jennings, all of The Waltons and the Power Rangers, to Wesley Crusher and DJ Tanner and many other really swell kids. We particularly regret to inform Povitsky and Gomez that some of their favorites — the Fresh Prince of The Fresh Prince of Bel-Air and the complex kids of The Fosters, respectively — also failed to make the cut. But those that did are terrific, from brown-nosers to private eyes, from shark-jumpers to more than a few who saved the world (a lot).

They’re a good bunch, these kids. It may be true that parents just don’t understand, but anyone who was ever a teenager — so, all of us — can be reminded of what it’s like quite easily. 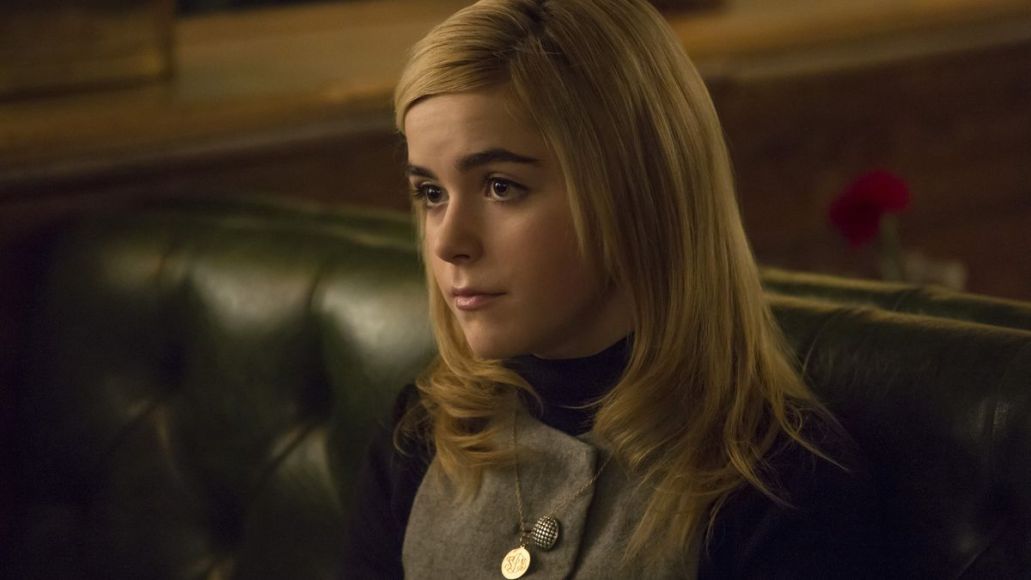 God, Mom and Dad!: Yes, Betty does some deeply fucked-up things to poor Sally — that time she force-fed her sweet potatoes comes to mind — but Betty gets a bit of a free pass here, because Sally walking in on Don with Sylvia is a thousand times more scarring/mortifying. Either way, not great, Bob.

Best. Day. Ever!: Don Draper is not in the pantheon of great TV dads, but there was that one time he got Sally tickets to see The Beatles. That earned this response.

The Skinny: Sally’s not a teen for most of the series, but my god, does the damage start early. In the pantheon of Golden Age dramas, only Walter “Flynn” White Jr. and Paige Jennings — both of whom narrowly missed our list — can match her baggage for baggage. Once Sally’s actually entered her teenage years, she spends a lot of time and energy trying to not be either her mother or her father, and walking in on dad and Sylvia Rosen pretty much eliminates any chance she has at a happy, stable adolescence. What makes Sally such a remarkable character, besides Kiernan Shipka’s terrific performance, is that in spite of it all, she somehow winds up in much better shape than either of her parents. She’s a total bad ass, albeit a pretty messed-up one, and though the series leaves her in an undeniably grim place, it also leaves you with the sense that somehow, in spite of everything, she’ll be A-OK. That’s Sally. She lands on her feet. –Allison Shoemaker 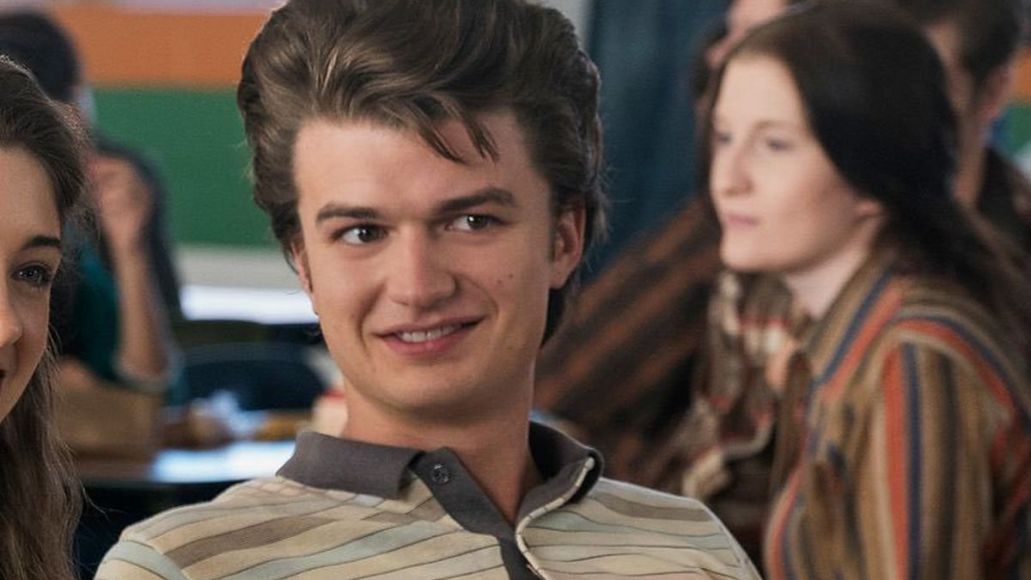 She’s Dreamy: The lovely Nancy Wheeler is the apple of Steve’s eye, and things were good, for a while. Unfortunately, horrific, traumatizing experiences just aren’t the aphrodisiac one might think and Nancy ultimately dumps Steve.

Best. Day. Ever!: Yes, he almost died horribly at least a couple times and got the crap beaten out of him by Billy during his season two babysitting stint, but there’s something to be said for saving the day and finding out that you’re actually pretty darn good in a crisis. Plus, with the references Joyce and Chief Hopper are bound to give after his stellar performance, he’ll be rolling in babysitting cash through graduation.

The Skinny: Introduced as a shallow popular kid and a bit of a player interested in Nancy for less than emotional reasons, Steve is tested throughout Stranger Things’ intense first season and comes out the other side a more sober, brave, and upstanding young man. He may put a lot of care into his long, luscious locks, but he’s also a terrific listener and friend, however begrudgingly, to Dustin and the other kids of Hawkins, showing that sometimes you don’t have to sacrifice style for substance. Steve may not be the brightest bulb in the box, but he’s courageous and kind and an all-around good egg who will do the right thing in the end, grumbling entertainingly the whole way. –Kate Kulzick 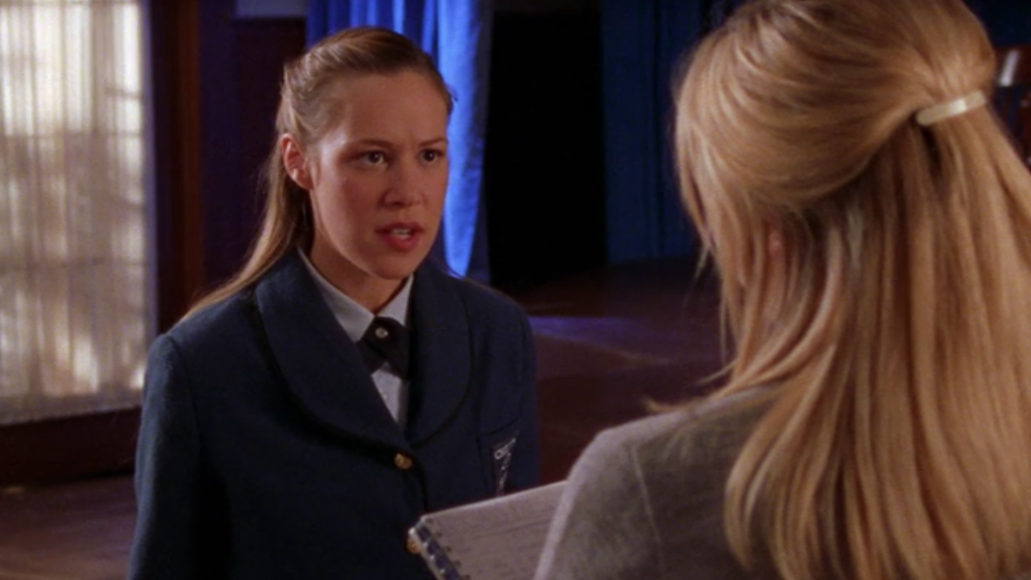 Xoxo, Gossip Girl: Paris has a tough time of it in high school and college, thanks in no small part to some truly crappy parents, so this pick could easily go to the time she threw her college professor-turned-lover a wake that became a rager or the time she got drunk and wandered around Stars Hollow barefoot begging for change to call her boyfriend from a payphone. But Paris also had such a meltdown about not getting into Harvard that she announced in a speech that was broadcast on CNN that she’d just lost her virginity, so, yeah, that takes the cake.

God, Mom and Dad!: There are a lot of bad parents on TV. Paris’ flee the country to avoid getting nailed for tax fraud, and having never encouraged her to, you know, work, they leave her broke and with no clue how to hold down a part-time job.

The Skinny: Rory may have been the official Gilmore girl, but Paris Geller is easily the most compelling teen in fictional Connecticut. Played with unmatchable fervor and no small amount of vulnerability by Liza Weil, Paris is a tornado, trying desperately to be the best, to be admired, to be happy, to be just freaking OK. Though she often seems like more trouble than she’s worth, she becomes one of the most loyal friends her onetime “enemy” Rory could hope for, and her extremely rocky journey to something like happiness is a stressful, funny, and ultimately hopeful delight. –Allison Shoemaker 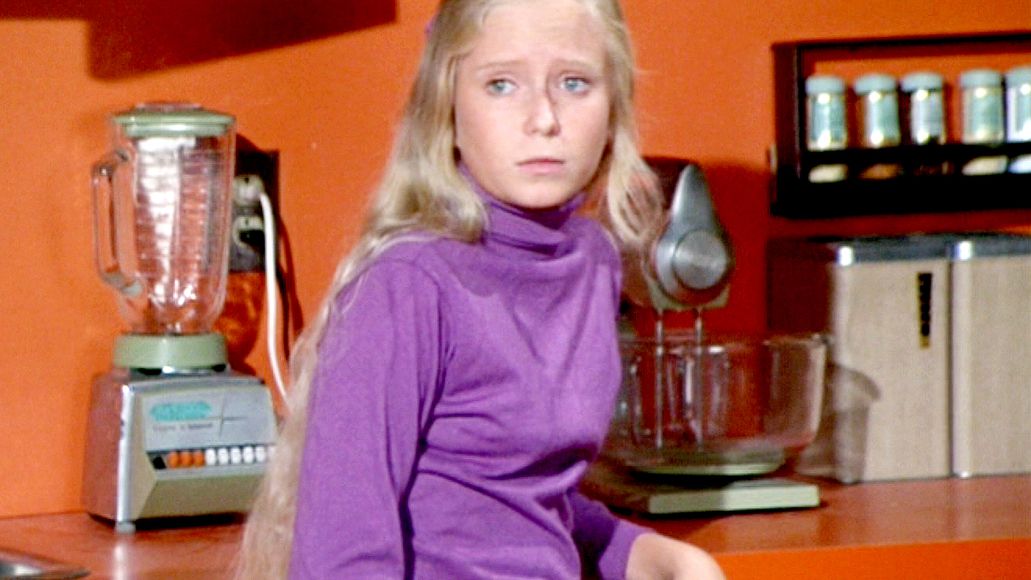 He’s Dreamy: Jan never had a boyfriend on the show, but she did once make up a fictional boyfriend named “George Glass.” It didn’t work.

The Skinny: TV’s ultimate middle child, Jan Brady is iconic for all manner of reasons, not the least of which being Eve Plumb’s fearlessly precocious performance. But Jan’s stunts and snark did more than make audiences laugh: in its own way, it cut to the heart of the inherent frustrations all middle children feel – that desire to stand out in a family unit where you have to fight the most for your parents’ attention. Along the way, Jan created an unforgettable TV teen who’s as headstrong as she is hilarious. Also, no one rocks a jet-black wig quite like her. –Clint Worthington 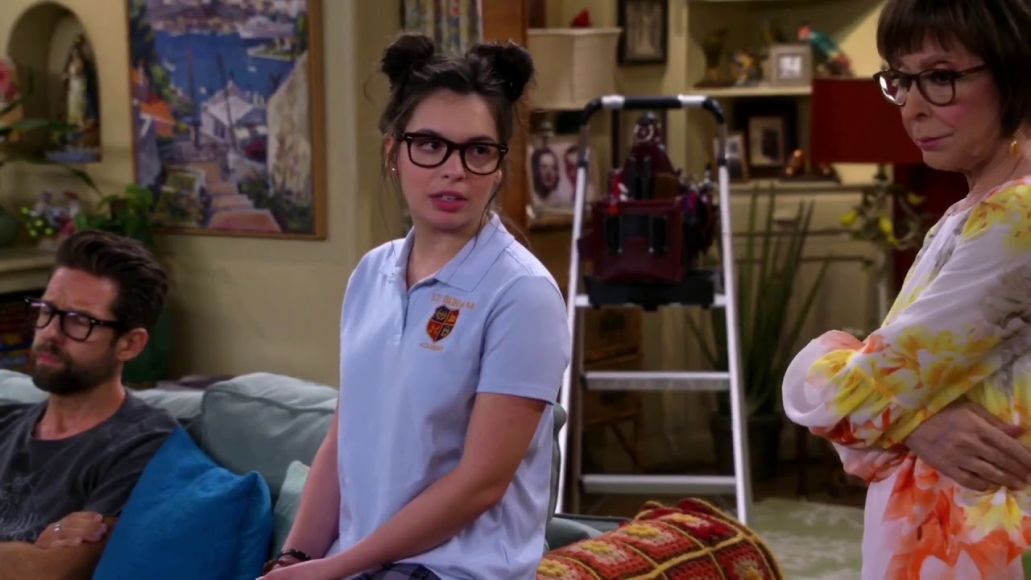 She’s Dreamy: One of the loveliest developments of One Day at a Time’s remarkable second season is Elena’s romance with nonbinary charmer Syd (Sheridan Pierce), with whom Elena shares a love for protest signs and cosplay. Syd’s just about the perfect first partner for the idealistic, anxious Elena, supporting her, relaxing her, and calling her out when that’s what’s needed. We are Team Syd, and Elena is too.

Best. Day. Ever!: The season one finale centers on Elena’s Quinces, the party to which the whole series had, at that point, been building. Like so much of One Day at a Time, it’s a joyful affair spiked with heartache, but despite her father’s refusal to accept her coming out, it’s still an incredible day. The highlight has to be when her grandmother (Rita Moreno) reveals the final alterations to her dress, now a dazzling white suit that goes perfectly with her Doc Martens.

The Skinny: In a list of teens with plenty of cultural significance, Elena’s one of the heaviest hitters. Her coming-out story gives the first season much of its emotional arc; her confrontation with her father in the second season will squeeze even the hardest heart. But her story isn’t limited to her sexual identity. The One Day at a Time writers clearly know what a treasure they’ve got in Gomez, so they’ve had Elena deal with being a “diversity candidate” for a scholarship, with racism and learning what it means to pass as white, and things as simple as finding an after-school job or helping her mother find balance in her life.

Still, the significance of Elena’s sexual orientation can’t and shouldn’t be dismissed. When we spoke with Gomez for this feature, she told us that what she finds most moving about the experience is hearing from kids and, particularly, adults. “They’ll say things] like, ‘If I had had Elena when I was 15, my life would have been a lot easier.’ Or, “My teenage son or daughter came out to me because of Elena. Thank you for starting that conversation.’ I think that’s what is so humbling about this experience.” Let’s all hope she’ll get more such messages when Netflix finally renews this remarkable series for a third season.

The 25 Best Teens in TV History