Track by Track is a recurring new music feature in which an artist breaks down each track on their latest album.

After delivering their debut, The Deaner Album, just last year, The Dean Ween Group are already back with their sophomore full-length, rock2. Ahead of the official March 16th release date, the entire effort is streaming below.

Dean Ween launched DWG when Ween split up (however temporarily) back in 2012. Originally a “solo” touring outlet for The Deaner, he soon found himself taking daily trips to the studio to pen new material for his the band. Over the last four years, The Dean Ween Group has averaged “at least two [new songs] per day,” which explains why their second LP is coming so quickly after their first. As Dean puts it in a press release, rock2 “is a snapshot of the fall of 2016,” adding,

“I’m pretty proud of this one; it represents the first time that I was able to take what we do onstage and put it on a record. 2017 is a strange time to be a musician, live music is really your main outlet for making a living. I never thought at this stage of my career that I would be putting in this much time on the road and in the studio, but I am, and I’m enjoying it more than I ever have.”

IfThe Deaner Album was ostensibly a Dean Ween solo album, rock2 is the sound of a lived-in collective. The Dean Ween Group is an ever-evolving organism, with the core consisting of Ween members Dave Dreiwitz, Claude Coleman Jr. and Glenn McClelland; rock2 also harnesses the Deaner’s usual suspects Mike Dillon, Bill Fowler (Sound of Urchin), Adam Weiner (Low Cut Connie), Michael Hampton (Parliament-Funkadelic) and, strangely, aughts-favorites Electric Six. Horns and funk play heavily into the record, and with Dean’s trademark off-color humor and virtuosic guitar, rock2 is the best experience next to seeing the DWG live. Think of it as the Blues Brothers band on acid and amphetamine, and settle in for a long night.

Take a listen to the complete album below.

For more insight into rock2, our own Drew Fortune spoke to Dean Ween himself for a Track by Track breakdown of the album.

“Showstopper”:
This one is actually a cover by a little-known band called Iron Knowledge. Chris “Tomato” Harfenist found it and sent it to me. He knew that it was every single fucking thing that I like in music. I found the original 45s and bought like three of them. It’s off some forgotten label from Ohio, and you can tell they only pressed about 1,000 of them. The B-side is a cover song. You can tell they only had one song and disappeared forever. I just took it for my own. “Fuck it, this is mine now!” I liked it so much that it’s the lead track. We open most of our Dean Ween Group gigs with it. It’s either, “It’s Gonna Be a Long Night” or “Showstopper”. It’s like one note and two chords. It’s my shit!

“Fingerbangin’”:
When I was choosing the songs for the record, I had a lot of stuff to choose from. I’m always scared to choose the wrong songs, so I had a long, hard look at the songs. “What group of songs will make this the best possible record?” “Fingerbangin’” is always really funny live, as the crowd always puts their finger under their noses. I thought it would be funny to put “Showstopper” and “Fingerbangin’” together, and have two drum solos back-to-back [Laughs]. It comes in hot. Take no prisoners. You know what you’re getting yourself into after these two tracks. The song was written backstage at an early DWG show in Connecticut. We had never even played it. I just said, “We’re gonna do this song called Fingerbangin’, with a lick that goes like this. We’ll bend up this note, and it’ll be flat and sour.” I just sounded out the song for the guys. Everyone knew what I was going for, and we went out and played it. It really doesn’t sound any different than what’s on the record [Laughs]. We just added the sax and drum solo.

“Don’t Let the Moon Catch You Crying”:
This one goes back to the Quebec demos. I always thought it was one of the greatest choruses that Ween ever did. The verses needed to be rewritten, but we never did it. So, I did it. Actually, me and Adam Weiner from Low Cut Connie wrote the verses. We wrote “You Were There” and “Bundle of Joy” together from the first record. We have a pretty good success rate of working together. The song is really whatever what you want to make of it. Adam will write what he thinks I’m going through. Then, I’ll add what I’m really going through. I’m really proud with how the vocals sound. I didn’t know what it was going to sound like, but there’s kind of a Bob Seger-thing going on. It’s got an Eagles vibe, but it’s a little heavier, like the Replacements.

“Waste Station 9”:
Shit, I forgot that’s on here. This was one of the last songs we did, and it’s not Dave, Claude and Glenn. It’s me on drums, I know that. Bill Fowler and I did the vocals. I need to go back and listen to the master. The song is something that I’ve had in my mind for years. “Biding my time on Waste Station 9/ Waiting on the shuttle that left me behind.” That’s all there is. There doesn’t need to be anything else… you just have to use your imagination. Think of a junked, Russian space station lab floating around. Then, there’s the whole Ween “acid waste” concept. I had been kicking that line around forever, and I just laid it down and cut it. I like this song a lot. We turn it into a really long, interstellar overdrive when we play it live.

“Theme From Skinheads Kicking Your Ass”:
The “Oy!” was a last second thing. It never had that until one day when I was playing the song for a buddy. He kept yelling, “Oy” whenever that bar came around. I just threw it on there. Claude kinda conceptualized the title. He said, “It sounds like the soundtrack to a bunch of fucking skinheads kicking your ass.” I said, “Oh. All right.” In the 70s, there were always soundtracks with stuff like “Love Theme From Airport”.

“Someone Greased The Fatman”:
This one is totally inspired by, and written about Prop Joe from The Wire. “Little Man strapped on the passenger side/ Shots rang out/ The Fatman died.” I put up a bass and drum track on Facebook, and asked people to add to it. At a certain point, for every 30 bad ideas, there was half of one good idea. I wrote lyrics to it, and didn’t give it back, like an Indian giver. 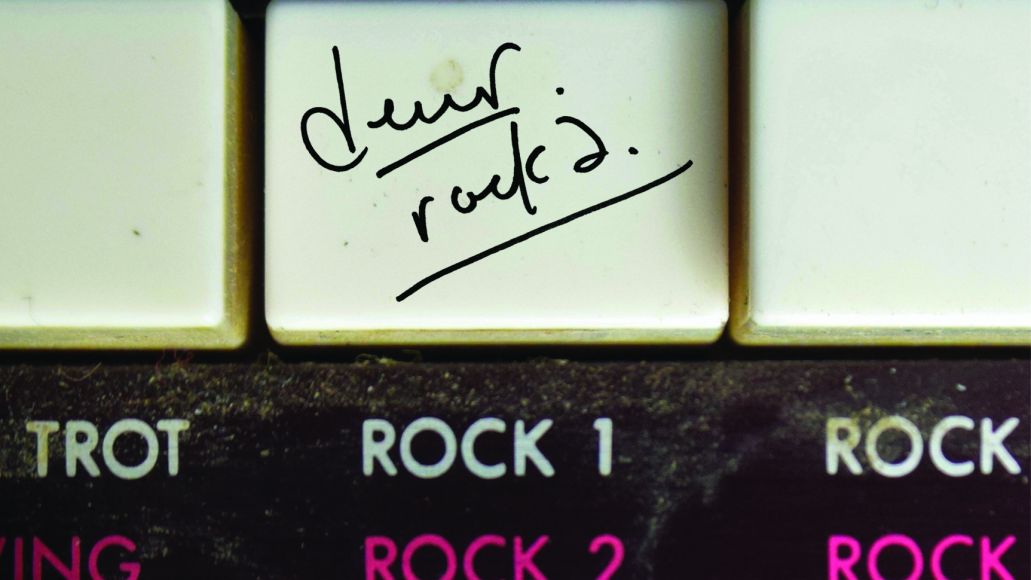 “Ritz Carlton”:
I got hired to play on this cruise boat in Ft. Lauderdale for this tech company’s Christmas party. I went down and met these guys from New Orleans, who had put together a band of his favorite players, including Mike Dillon, to be the band for this employee party. They put us up at the Ritz Carlton, and after two shows, around four or five in the morning, all the musicians were hanging out in this Ritz suite. I had a guitar in my lap, and I wrote the chords right there. I came right from the airport to my studio, and cut a demo. I saved it for the record, and added horns, xylophone and Mike Dillon. That’s Glenn on keys.

“This Heart of Palm”:
There was a point where I was writing and recording so goddamn much, where it was literally one song in the afternoon, one at night. I recorded it about four times, over two days. I kept inviting people over to the studio, playing around with the arrangement, and re-recording it. I took the best parts of it and put together a new arrangement. It ended up really different from where it started. It got to where it needed to be.

“Yellow Pontiac”:
I don’t want to be un-PC, but I’ll tell you what it’s about. I live in New Hope, PA, which is a big gay town. Having grown up here, I don’t even notice if someone is outwardly gay. It’s just a part of living here. One of the bartenders at my favorite bar had a car that was so over-the-top that it made me ask him the question, “Where do you find a pink, polka dot, Mercury Cougar?” So, that’s what it’s about. 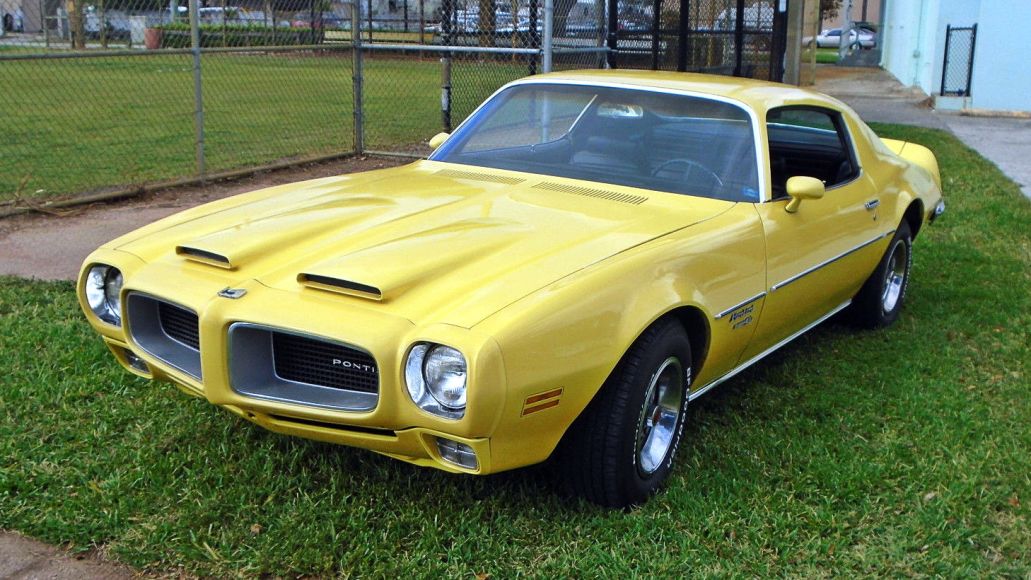 “Pussy On My Pillow”:
This song was inspired by the movie Taxi Driver. She compares Travis Bickle to a Kris Kristofferson song. “He’s a walking contradiction.” It was kinda ripping off that idea, and I had a blast doing it. “He’s a lover and a loser/ He’s crying lonely in his muumuu and he’s got his poodle.” The lyric I’m most proud of is the whole idea of a “potty planner,” not a party planner. “I’d love to help you plan your potty/ I’d like to show you where to pee.” He’s a potty planner! Lay your pussy on my pillow!

“Sunset Over Belmar”:
This is me going for a “Sleep Walk”, “Somewhere Over the Rainbow”, “Sweet Dreams” end of the night, lullaby thing. That’s about it.

The Dean Ween Group give a Track by Track breakdown of their new album, rock2: Stream