This year marks the 10th anniversary of Vivid Sydney, and organizers of the Australian music festival are marking the milestone with some pretty special performances.

To start, Mazzy Star will reunite for their first live appearance in five years. Chan Marshall will mark the 20th anniversary of Cat Power’s Moon Pix with a full performance of the album. Solange, Ice Cube, and Dreams, the new collaborative project from former Silverchair frontman Daniel Johns and Empire of the Sun’s Luke Steele, will also take the stage at the Sydney Opera House during the festival.

Other confirmed performers include Iron & Wine and Neil Finn, who will perform his album Out of Silence with a full orchestra. Additionally, Brian Eno’s Ambient 1: Music for Airports will be performed by the Alaska Orchestra, and there will be a special screening of the Fugazi documentary Instrument featuring a Q&A with co-frontman and guitarist Guy Picciotto. 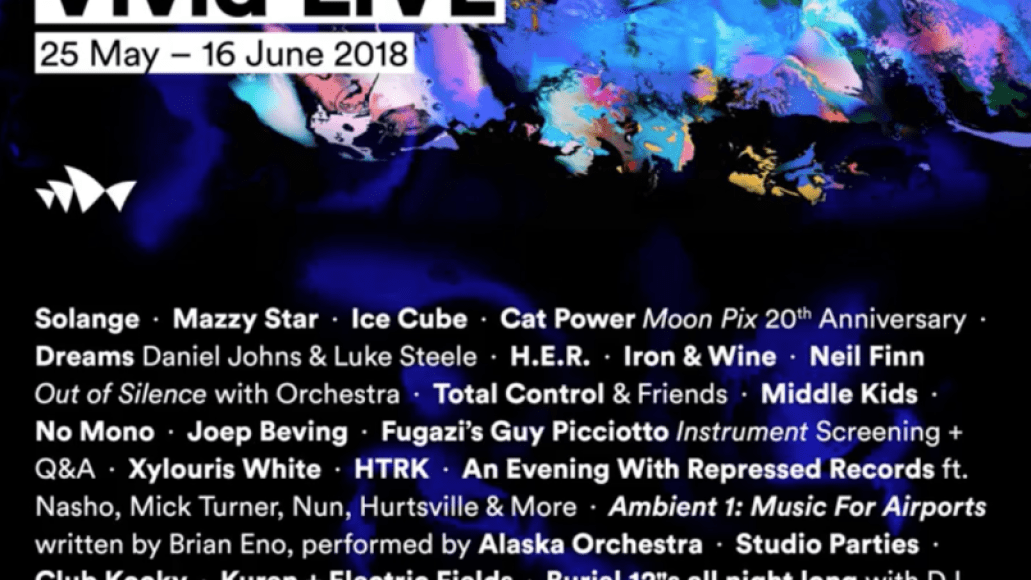