The National are coming home to Cincinnati. On April 28th and 29th, the band will throw their Homecoming Festival in association with MusicNOW.

The Boxer performance alone makes this a special festival (it will mark only the second time the band has played the album in its entirety), and that supporting bill only adds to the greatness. The only way to make it all better would be if you could see it from the VIP section — which we can actually help with. We’re giving away one (1) pair of VIP passes to Homecoming, and all you have to do to enter is fill out the widget below. Note: If you don’t see the widget below, you can access it here.

Entry automatically enrolls you in the Consequence of Sound newsletter. Winner must provide their own transportation and accommodations. 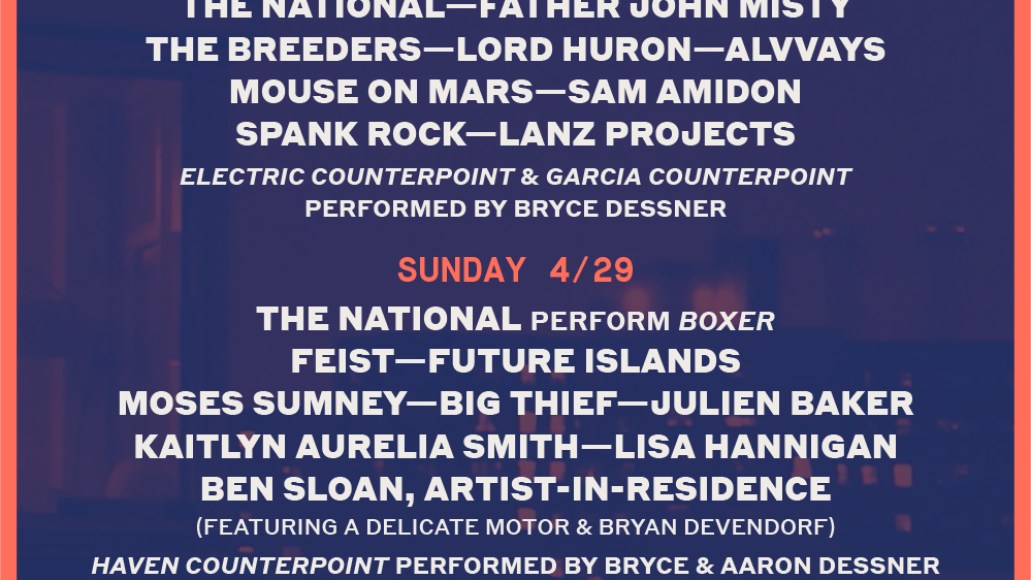