As of now, there’s been no official confirmation that Amazon is at all involved in a TV series adaptation of Stephen King’s The Dark Tower. That said, Amazon isn’t doing a great job of telling its staff that. First, an offhand mention in an otherwise unrelated Deadline article listed The Dark Tower as one of the streaming platform’s upcoming genre series. Now, it appears that Sharon Tal Yguado, the head of event series at Amazon, may have also tipped her hand a touch too far on the subject.

In a now-deleted tweet first reported by WheelofTime.tv, Yguado retweeted a post by Glen Mazzara, the writer that’s been officially tasked with developing The Dark Tower for the small screen, calling him one of “our writers.” 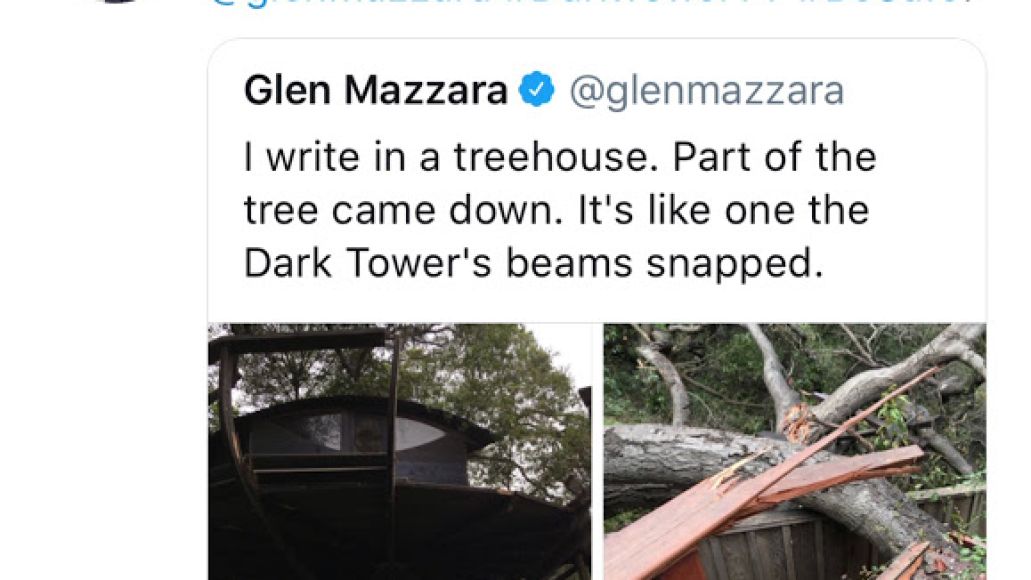 Mazzara, too, made it explicitly clear he was currently at work on The Dark Tower, comparing the snapping of a tree branch supporting the treehouse where he works as akin to “one [of] the Dark Tower’s beams [snapping].”

I write in a treehouse. Part of the tree came down. It's like one the Dark Tower's beams snapped. pic.twitter.com/zrJRYhyegT

At this point, Amazon really needs to just come out and say they’re making this thing. It won’t be long before Jeff Bezos himself begins taking selfies with Idris Elba in full Roland garb.

As we’ve previously reported, the prequel series has been described by King himself as a “complete reboot.” We’ve discussed the possibilities of the series a great deal on our very own Stephen King podcast, The Losers’ Club, and we’re sure to touch on this latest bit of news in an upcoming episode as well. Subscribe now.

2022 Grammy Awards to Be Held April 3rd in Las Vegas