For the next two weekends, the Empire Polo Club in Indio, California will host Coachella 2018. With just hours to go before the first acts take the stage, organizers have revealed the set times for weekend one. Given the depth of this year’s lineup, there are a few difficult choices facing festival-goers.

Saturday is no easier. While Beyoncé’s headlining performance is obviously required viewing, it conflicts with a rare performance from Japanese rock gods X Japan. HAIM’s set partially overlaps with both Fleet Foxes and Oh Sees. Brockhampton and MØ have conflicting sets, as do alt-J and Hundred Waters. Another brutal conflict? Angel Olsen or Chromeo.

Eminem is the Sunday night main stage headliner, but festival-goers can instead opt to see A Perfect Circle. Before that, they’ll have to chose between Migos or Kamaiyah; Miguel or Princess Nokia; and Portugal. the Man or Kamasi Washington.

See the full set times below. Coachella is sold out, but you can still grab tickets via StubHub. Additionally, many of the performances will be streamed live on YouTube. 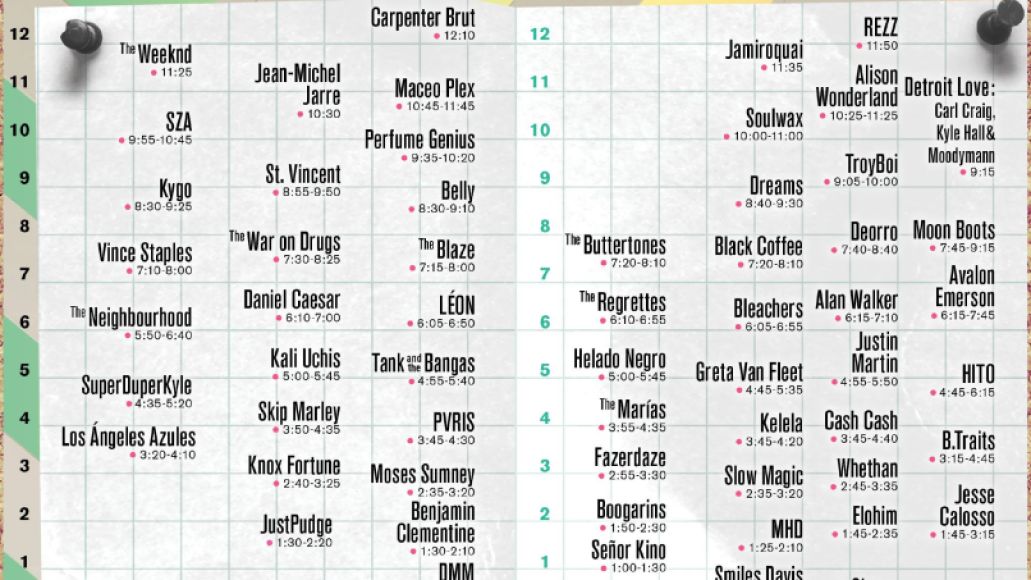 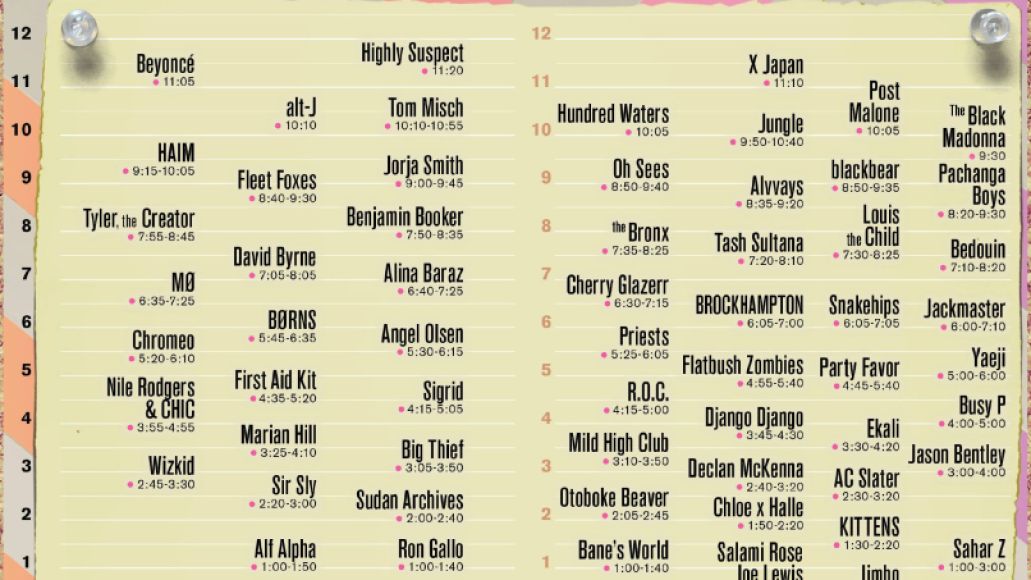 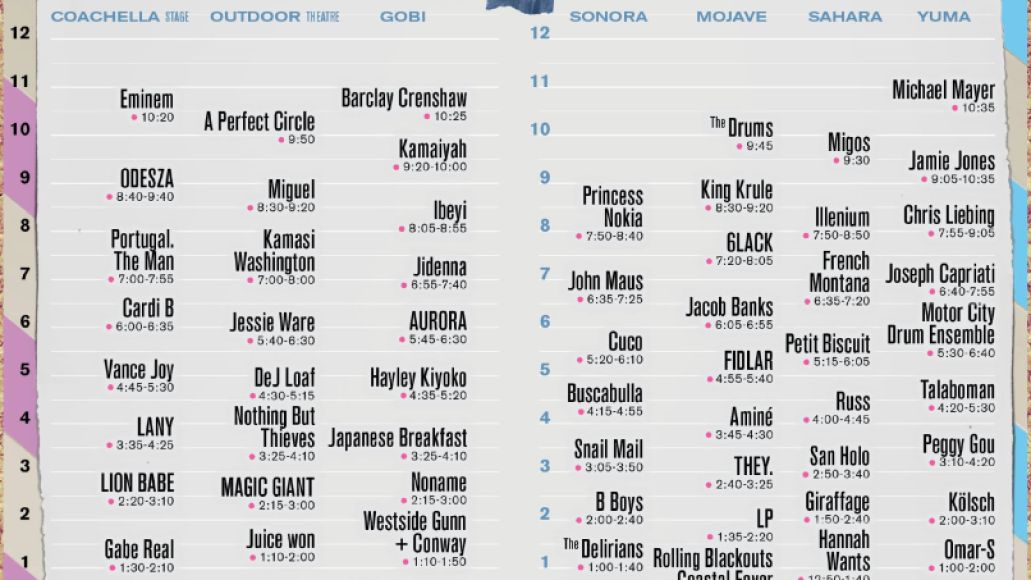 Coachella reveals 2018 set times, and there are a lot of tough choices to make