Origins is a recurring new music feature that sees an artist dissecting the things that inspired their latest single.

Former Arcade Fire saxophonist and music composer Colin Stetson has been tapped to score a new horror film called Hereditary. Starring actors Toni Collette and Gabriel Byrne under the direction of Ari Aster, the movie follows the Graham family as they mourn the loss of a grandmother. Following her death, however, they begin to uncover some terrifying family secrets and an unnatural presence left behind by their deceased relative.

To capture the frightening nature of the film, Stetson pooled together an army of woodwind and brass instruments. Speaking to Consequence of Sound, Stetson described in detail how the music was inspired by the Grahams characters and their house. “When Ari and I first started talking about what he envisioned for the score to Hereditary, the long and the short of it was that he wanted it to be evil,” he said. “Decidedly unsentimental with no err of nostalgia, the music was to be the character of the house, or more generally speaking, of the series of actions and events set in motion before the start of the film, and unfolding around and through the lives of the Graham family.”

“Well before I saw any footage, I set out to start establishing sounds and themes that would be the tent poles for this and lay the sonic foundation for all of the development to come. I felt like I needed to go strong in the direction of abstraction and sonic/textural character, rather than rely on more conventional melodic themes (the latter just felt like it drew too much attention to itself whenever I tried to implement it), so I focused on a deconstruction of a particular instrumentation, building from the ground up.

There was a sense of hiding in plain sight that I wanted to achieve, so I started taking unconventional perspectives on some of the more conventional sounds of mine. ie. de-pitching bass clarinets to magnify that deep creaking woody quality and finding an almost bowed-like texture became one of the main recurring motives, as well as the use of my voice, extensively processed at times, that although it probably doesn’t sound it, comprises the lions share of the sonic material on most of the cues in Hereditary. Also, a priority of mine became looking at some of the familiar tropes in horror and suspense movie music and finding new aesthetics with which to deliver them. For example. there is an enormous role for the clarinet in this score, though obscured and transfigured in most of it’s iterations here.”

As a preview of the eerie world Stetson’s created for Hereditary, he’s today sharing an arrangement called “Funeral”. Take a listen below.

Following a successful run on the festival circuit, Hereditary will be released by A24 on June 8th. The score also arrives the same day through Milan Records.

As part of this installment of Origins, Stetson has shared some of the influences behind his Hereditary score, including the late Icelandic composer Jóhann Jóhannsson, English electronic duo Autechre, and — believe it or not — the sounds of bat swarms.

I think it’s pretty obvious, but one of my inspirations in this and in other scores I’ve recorded is the work of Johann Johansson. His score to the film Prisoners, for which I’m eternally grateful to Tim Hecker for turning me on to, is truly a perfect piece of film music. It is bleak and severe and was the gateway for me into the glut of gorgeous music that Johann was able to produce in his too short life. His death this year is a tragedy and he will be sorely missed.

I spend a lot of time in nature, around running water and in deep forest. In the fall I bow hunt, which requires that I take long walks up in mountainous forest in the dead of night before any sign of light, and walking slow enough so as to never break a sweat while hiking uphill with gear. I remember the first night I did this was completely overcast, not a speck of light coming from anywhere, and the phenomenon of sound as taking over all sensation was incredible. The quiet out there is astonishing, elevating the minutiae to the foreground in massive ways. Dirt and leaves underfoot became deafening, the variable thumping of my heart beat in my ears as I occasionally paused to slow it down, to slow down and quiet my breathing. And the tiny sounds made huge, in this forest with no light to give it shape, I found it all truly scary. An illogical fear, to be sure, but palpable and thrilling. I tried to summon up those experiences in sound and sensation here as inspiration and musical fodder. As well as looking to quasi-emulation of various swarm sounds from nature (bats, cockroaches, locusts) with a variety of instrumentation, from saxophone key-percussion to scream-tone winds and half-valved brass.

As with other sounds in this score, the percussion is all originating from unconventional sources, namely, the keys and body of my various wind instruments. It’s a method that I’ve been using throughout my solo recordings, and one that’s used here quite a bit. I’ve always loved Autechre’s particular edgy and abrasive aesthetic for percussive sounds and definitely drew inspiration from that here.

Nobody does evil better than Sunn o))). They are masters of texture, of low end power, a terrible and epic patience. So much of the intention behind the music of Hereditary was to be felt but not seen, to manipulate the viscera with one stroke and excite the minds edges with the other. I’ve spent a lot of time interpreting the kinds of thickness and textures that have made Sunn o))) so singular and iconic, filtering these concepts through the medium of my chosen low end woodwind arsenal. I find endless inspiration and pleasure in these records. 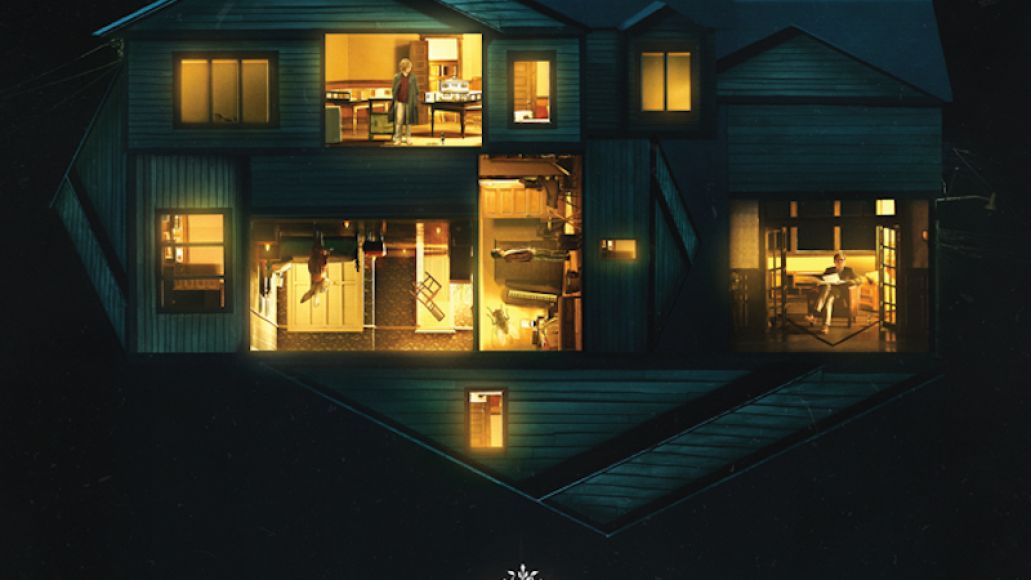 Check out a trailer for Hereditary: