The following review was originally published as part of our coverage of the 2018 South By Southwest Film Festival.

Spoiler alert: Despite its central premise, A Quiet Place is very, very loud. Sound, it turns out, is integral to John Krasinski’s first stab at the horror genre, as his feature centers around a family living in a desolate future where even the slightest noise can attract hideous, bloodthirsty creatures with an especially adept sense of hearing. It’s a crackerjack premise, if only because it fundamentally alters the fabric of the traditional horror template — a scream in this world resonates much differently than it would in another movie.

Krasinski’s blunt, efficient direction really shines in the film’s early moments, when he carefully builds the world with a gripping sequence set in a ransacked convenience store. There, the central family’s nameless patriarch (Krasinski) scoops up supplies and medication with his wife (Emily Blunt) and their three children, one of whom (Millicent Simmonds) is deaf. Everyone signs, nobody talks. Each crinkle, pad, or rattle is emphasized, framed as a potential failure. A title card reads that it’s “Day 89.” The family gently scolds the youngest child (Cade Woodward) when he nabs a battery-powered spaceship; soon, it becomes clear why.

Cut to a year later, when we arrive at the family’s sprawling farm. Scattered newspapers identify the threat as nationwide. A basement workshop is filled with hearing aids, which the father tinkers with beside a dry erase board asking what the “weakness” of these creatures could be. Elsewhere on the farm, the kids hide behind soundproof walls and Blunt’s mother reveals a pregnant belly. Why one would want to bring a screaming baby into a world where noise is a death sentence is a question that’s bound to annoy the logical viewer, but hey, it sets the stage for some gut-wrenching conflict.

It’s a vivid world, idyllic but interwoven with an invisible, rippling dread. But there’s a lack of confidence to Krasinski’s direction that never quite allows the silence to fully find its rhythm; even in the film’s placid first act, the director regularly injects fake-out jump scares scored with ear-splitting stings that are undoubtedly effective — to cull violent stings from silence will never not work — but serve to undercut the extremes inherent to the premise. A Quiet Place, which really starts cooking in the second act, is most effective when building action around organic sound, be it a beeping toy, a flurry of fireworks, or piercing, high-pitched frequencies. The careful, strategic navigation of silence and noise is the film’s greatest asset, and when it explores this tension, and the way in which it impacts both the characters and monsters, the result is vibrant, urgent, and innovative.

The problem is that the film’s world is, in many ways, undercut by Marco Beltrami’s intrusive, melodramatic score, which ultimately dilutes the weight of its silence while also making the moments of organic cacophony less impactful. This incorporates the many, many stings — which border on Lights Out levels of screeching — and the weeping, melancholic strings that ostensibly add oomph to the movie’s emotional core. The thing is, Krasinski doesn’t need them. He, Blunt, Simmonds, and Noah Jupe, who plays the family’s middle child, establish a compelling familial unit through their natural chemistry (Krasinki and Blunt are real-life spouses) and a general sense of warmth and familiarity.

The good news is that the action itself is thoroughly absorbing, with Blunt’s determined, near-silent strides through the pain of both injury and childbirth serving as A Quiet Place‘s powerhouse centerpiece. Krasinski and screenwriters Bryan Woods and Scott Beck have penned an airtight script, with the scribes carefully cultivating disparate trails of tension that coalesce in horrific, satisfying ways. Tall stalks of shadow-spilling corn; silos brimming with devouring grain; an errant nail plucked from the Home Alone playbook — Krasinski exploits each to create not just moments of horror, but sequences of breathless action.

A Quiet Place undoubtedly delivers the shocks and also benefits from the limited scope provided by its core brood, but, despite an indelible final image, there’s still something unsatisfying about the ending itself, which suffers from both a “duh” moment of realization and a not-quite-earned sacrifice that can’t transcend its melodrama. A Quiet Place, curiously enough, would’ve benefitted by being a lot quieter. 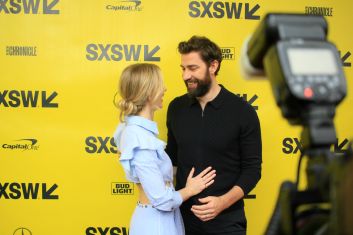 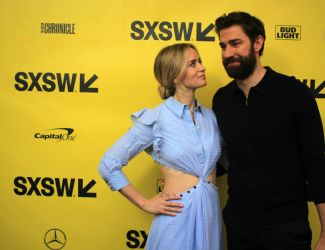 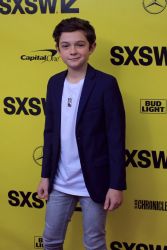 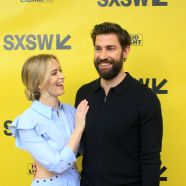 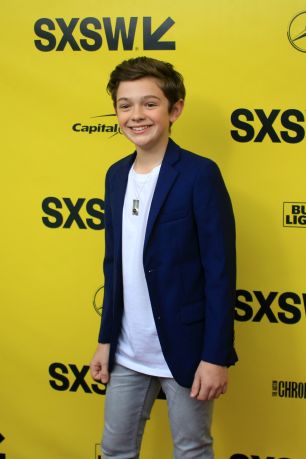 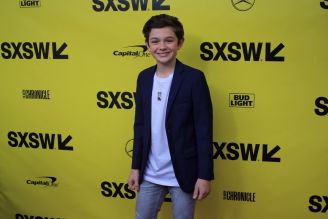 Film Review: A Quiet Place is Scary and Resonant, Even If It Betrays Its Own Premise