There’s been a spate of fun, scary shark thrillers of late, with The Shallows and 47 Meters Down continuing to chum the waters that Jaws bloodied up more than 40 years ago. The latest aquatic fright flick to swim into theaters, the upcoming The Meg, originally had horror iconoclast Eli Roth attached to direct, but National Treasure (and 3 Ninjas!) director Jon Turteltaub ended up taking the reigns. Now, Warner Bros. has released its first look at the August 10th release.

(Read: Why the Jaws Shark Looks Fake and How That Works to the Film’s Advantage)

In a lineage that also includes Shark Attack 3: Megalodon, The Meg centers around the mythic megalodon, a prehistoric, thought-to-be-extinct shark that’s one of the largest and most powerful predators to have ever lived. The story follows a rescue mission led by deep sea rescue diver Jonas Taylor (Jason Statham) and a “visionary” oceanographer (Winston Chao), who are tasked with retrieving a scientist-filled submersible from the deepest trench in the Pacific. Naturally, they’re soon met by the 75-foot shark, the size of which we glimpse in the trailer’s opening sequence. The abundant CGI, of course, may very well capsize this creature feature, but we’re still down to watch Statham wrestle the thing.

Rainn Wilson, Li Bingbing, Cliff Curtis, and Ruby Rose also star in the film. Below, check out the trailer and the film’s poster. 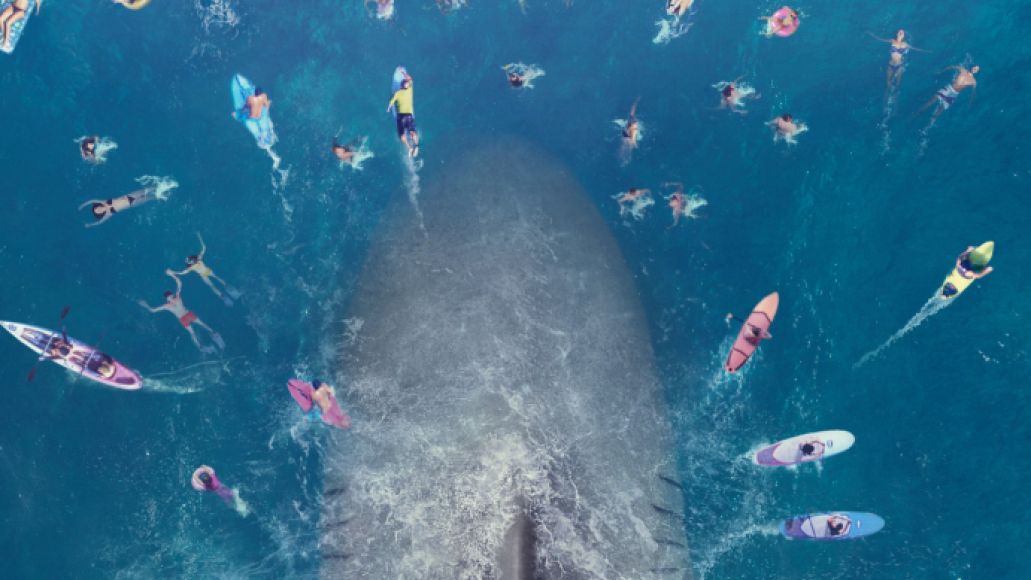 Yes, a Bear Does Cocaine in the Awesome New Trailer for Cocaine Bear: Watch

Jason Statham squares off against a 75-foot shark in first trailer for The Meg: Watch