Back in February, metal heavyweights Ghost announced plans to tour the US later this spring, and now we know the reason why: Ghost are set to drop a new album called Prequelle on June 1st.

Due through Loma Vista Recordings, the LP represents their fourth overall and follow-up to 2015’s Meliora. Its 10 tracks were recorded at Stockholm’s Artery studios with the help of producer Tom Dalgety (Opeth, Royal Blood). Mixing took place at Westlake Studios in Hollywood with Andy Wallace, known for his work with Nirvana and Slayer.

Prequelle also serves as an introduction to the Swedish group’s newest leader, Cardinal Copia. For those unfamiliar, founder and vocalist Tobias Forge has assumed the alter ego of various “Papa” figures over the years; the band’s most recent Papa went by the name of Papa Emeritus III.

Speaking to Revolver earlier this year, Forge discussed some of Prequelle’s themes:

“It is loosely themed around the concept of death and doom. It’s a themed album around medieval times, but it’s definitely clinging onto a lot of very current things. The Black Death [plague] is a great example of a turning point for a whole civilization. Complete villages were annihilated. Most people knew very little, so all of it was God or the Devil — and about their faith being questioned: Why are we being stricken down by this great scourge? It must be because of our not fearing God enough and all this superstitious bullshit.

“There’s a lot that you would recognize today in online mannerisms. In many ways, we’ve gone back a few steps because now it’s closer to how it was back in the old days when people were standing at the square and all of a sudden, it’s like in Monty Python’s ‘Life Of Brian’: ‘Stone him! Ra! Ra! Ra!’ Public trials are very unsupervised and extremely swift and speak to the most primordial parts of us.”

As a preview of the upcoming record, Ghost have shared lead single “Rats” and its cinematic music video, helmed by director Roboshobo. Check it out below.

Find Ghost’s upcoming tour dates here, and grab tickets via StubHub. The album’s artwork and full tracklist are below. 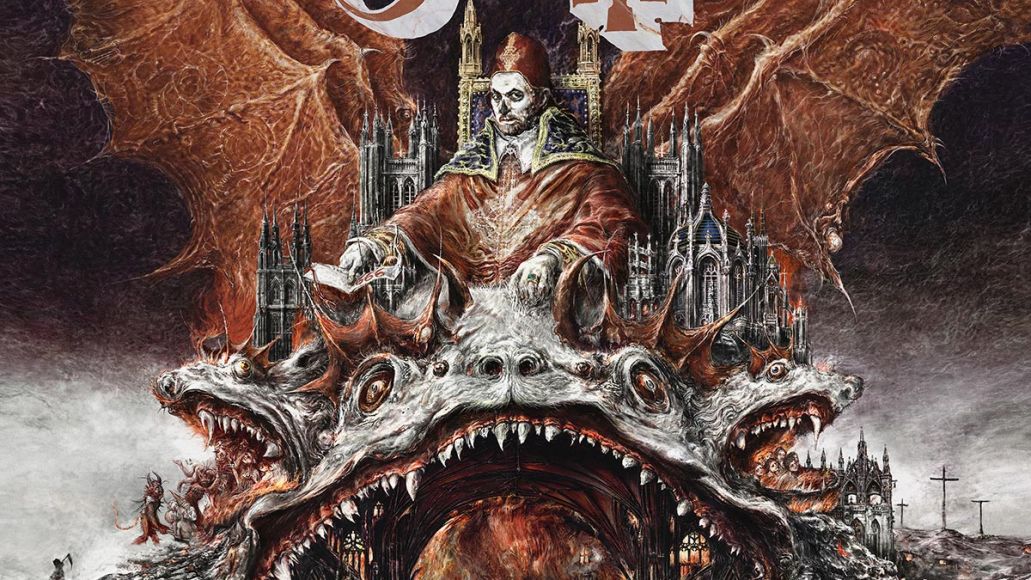