It’s impossible to keep up with everything happening in the TV world in a slow month, but this one? You could hurt yourself making even a half-hearted attempt. So, here’s where we halt and catch up. Below you’ll find three shows we didn’t have a chance to cover for the site, our pick for the episode of the month (plus a few runners-up), and highlights from this month’s television coverage.

Episode of the Month: The Americans, “Dead Hand” 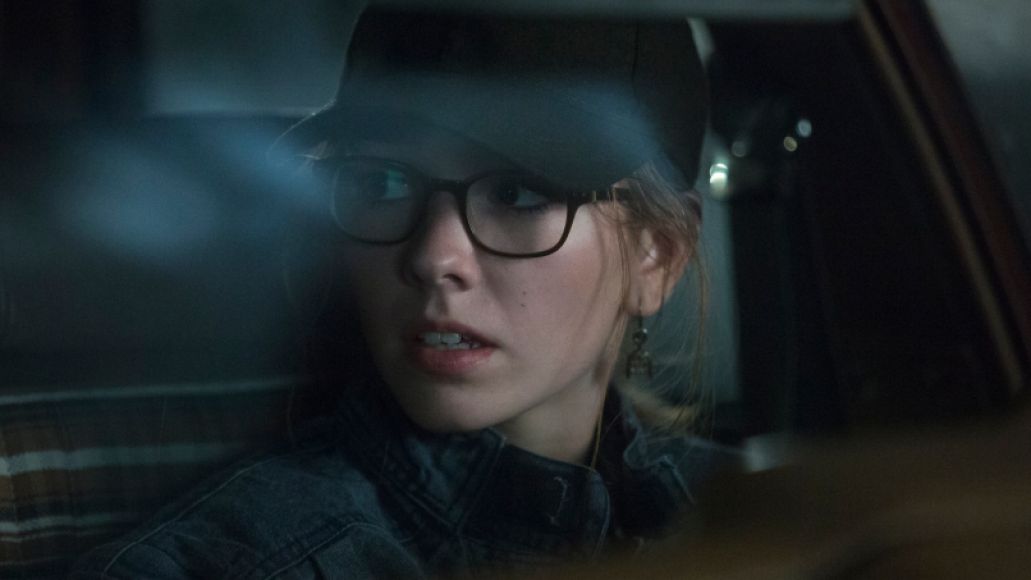 The Americans may be the only show in TV history in which a relaxed, contented line-dance can fill you with dread. “Dead Hand” picks up three years after the season five finale, and the decision made in that finale — that the Jennings family can’t go back to Russia, but that Philip should quit the spy business — has taken an incredible toll. The intimacy that slowly grew between Philip and Elizabeth has all but evaporated. It’s not as though they no longer care for each other. It’s as though they live in different worlds, because they do.

What makes that line-dance so upsetting is the stark contrast it offers to Elizabeth’s existence, one of little support and less sleep. Elizabeth wanted Philip to get out, Philip wanted Elizabeth to be happy, and those two things seemingly can’t coexist. We see Philip attempt a little line-dance in the pilot, seemingly dreaming of a normal, “American” life. To see him living it here, for a heartbreaking price, is a hell of a thing.

The Terror, “Go for Broke” — Three of the world’s great character actors topline this moody, unsettling new series from AMC

Barry, “Chapter One: Make Your Mark” — Bill Hader’s assassin-turned-actor comedy gets off to an exciting, existential start

This Is Us, “This Big, Amazing, Beautiful Life” — An episode centered on Lyric Ross’ Deja uses the show’s generation-jumping premise in a thoughtful, affecting way

Timeless, “The War to End All Wars” — A stay of execution from NBC breathed new life into this time-travel series, which is now both smarter and more playful than ever

Three We Missed: In Defense of “Formulaic”

When you encounter the word “formulaic” these days, it’s almost always meant to imply dullness or a lack of originality. It’s not true, of course. Formulas come to be entrenched in pop culture not because they’re lazy or bad, but because they work. So when I tell you that the crop of by-the-book television shows that launched in the back half of March are a thoroughly mixed bag, don’t knock the formula. None of them are mind-blowing, but none of them is an out-and-out disaster, either, and that’s thanks in no small part to the formulas to which they adhere. Here are three of the most promising.

For the People (ABC, Tuesdays at 10pm EST) 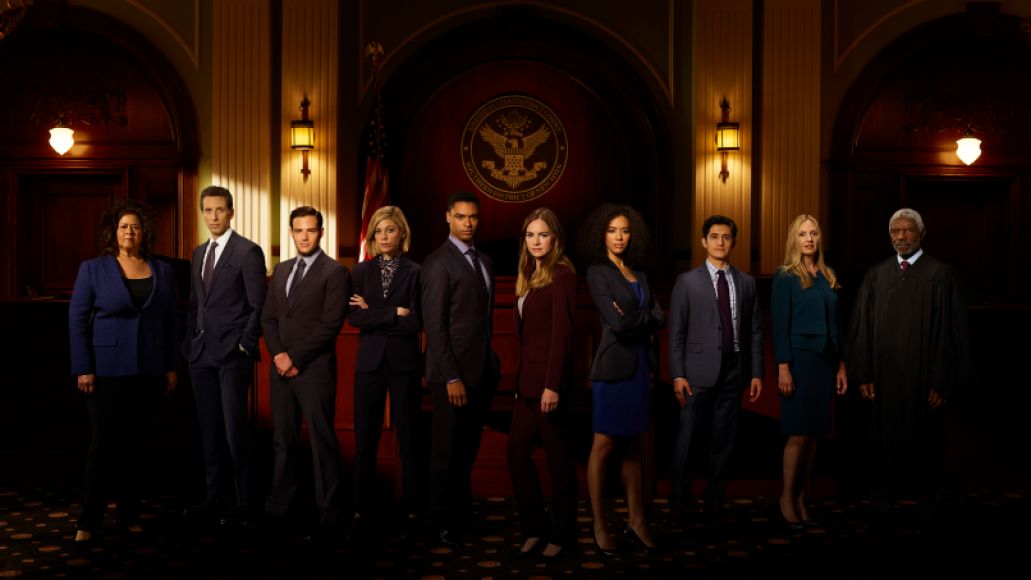 If you say, ‘hey, what’s the name of that sexy TV lawyers show?’ to five different people and you’re likely to get five different answers, because TV is chock full of sexy, sexy lawyers.

For the People is absolutely a sexy lawyers show, and it’s a pretty decent one. There are the same absurdities you expect from such a show, specifically a completely incomprehensible sense of time, but a solid cast covers all manner of sins. That’s particularly true of the actors playing the grown-ups of the “mother court:” Hope Davis, Ben Shenkman, and Anna Deavere Smith. They’re the Miranda Baileys of this particular corner of Shondaland, and while Smith in particular is a bit underused, they’re dynamic performers and we have the formula to thank for getting them into our televisions.

It’s not that the young cast isn’t worth watching — Britt Robertson and Susannah Flood in particular are terrific — but the show stumbles in the arena of creating dynamic characters that aren’t just walking boldface traits. When every episode feels just a bit similar, it’s important to find variety in both the characters and relationships. If For the People can iron that wrinkle out, it’ll be an enjoyable, appealingly well-intentioned and optimistic procedural.

Even if it can’t get rid of that particular wrinkle, I’ll probably keep watching. It’s a popcorn show — light, fluffy, and enjoyable, whatever its nutritional value. 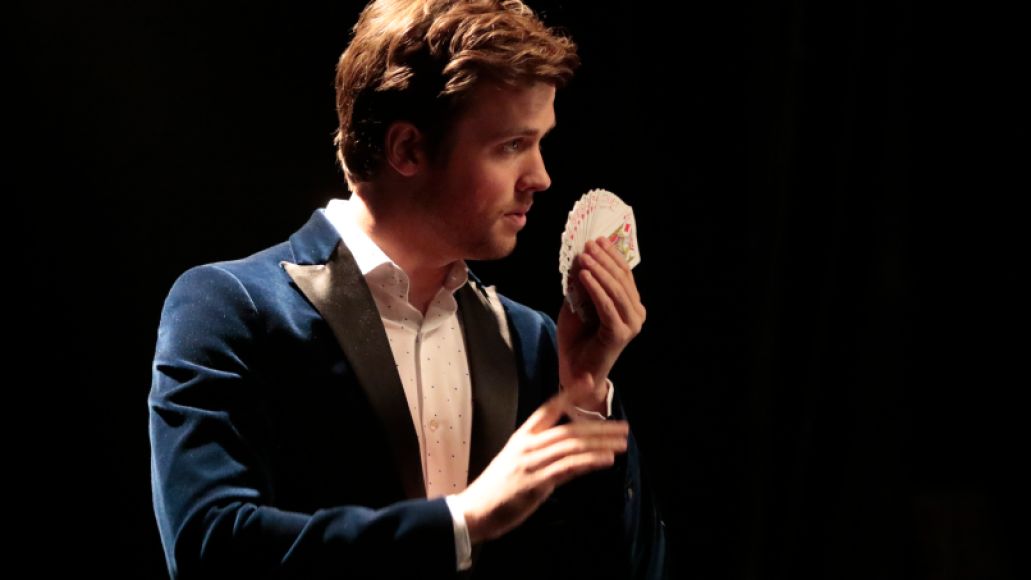 If For the People is a popcorn show, then Deception is The Cheesecake Factory — it is just so much. Deception centers on a no-nonsense FBI Agent and her new partner, a magician named Cameron Black (really) who fell from grace when he was revealed to have a Prestige twin (really) who was framed for involuntary manslaughter (really) by another mysterious illusionist (really) who helps another criminal to escape using one of Black’s tricks as a means of calling him out, illusionist to illusionist. Really. In case you’re wondering why I spoiled all of that for you, please know that I didn’t. All of that happens before the second commercial break.

What makes Deception appealing, despite its many flaws, is its absolute refusal to chill. As Cameron Black — and yes, that’s really his name — British actor Jack Cutmore-Scott puts on an American accent and a layer of smarm as thick as clotted cream on a blackcurrant scone. Black’s new partner, Agent Kay Daniels (Ilfenesh Hadera) plays the skeptic who is inevitably won over to the week’s crazy scheme, while Prison Break’s Amaury Nolasco stands around saying “That’s Cameron Black!” a lot. It’s relentless. It’s dialed up to 11 from moment one to the inevitable ta-da (with the occasional “premature ta-da,” as Black puts it, thrown in for good measure.)

To be clear, Deception isn’t well-made. It’s not even a particularly good procedural. What it as good at, however, is being “that magic cop show,” and the audacity with which the series approaches that central conceit is grimly admirable. It’s not the kind of show you hate-watch. It’s the kind of show you flip to as a joke, then accidentally forget to turn off. 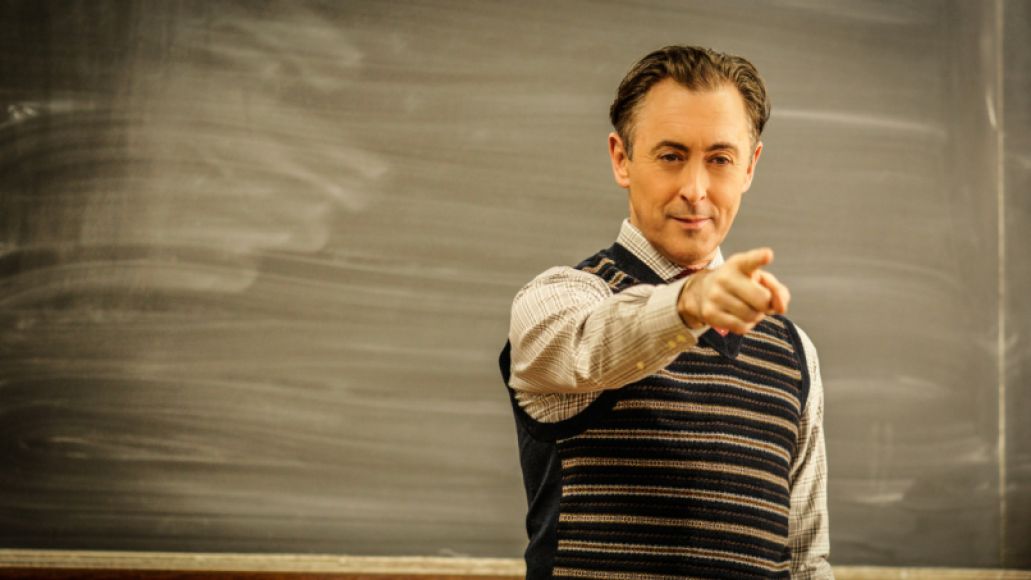 What makes Instinct notable, besides its compelling central performance, is Reinhart’s sexual orientation. An openly gay protagonist on a CBS procedural is a welcome surprise.

DVR now: For the People

Watch slack-jawed in amazement and decide for yourself: Deception

Elsewhere in Consequence of TV this month

Alone Together, Finally: An interview with Esther Povitsky, the co-creator and star of Freeform’s darkly funny series.

The Ending is Already Written: The Americans, The Terror, and the Power of Dread: “We don’t wonder about what might happen; we dread what we know must come.”

The 25 Best Teens in TV History: Includes an interview with Isabella Gomez of Netflix’s remarkable One Day at a Time. 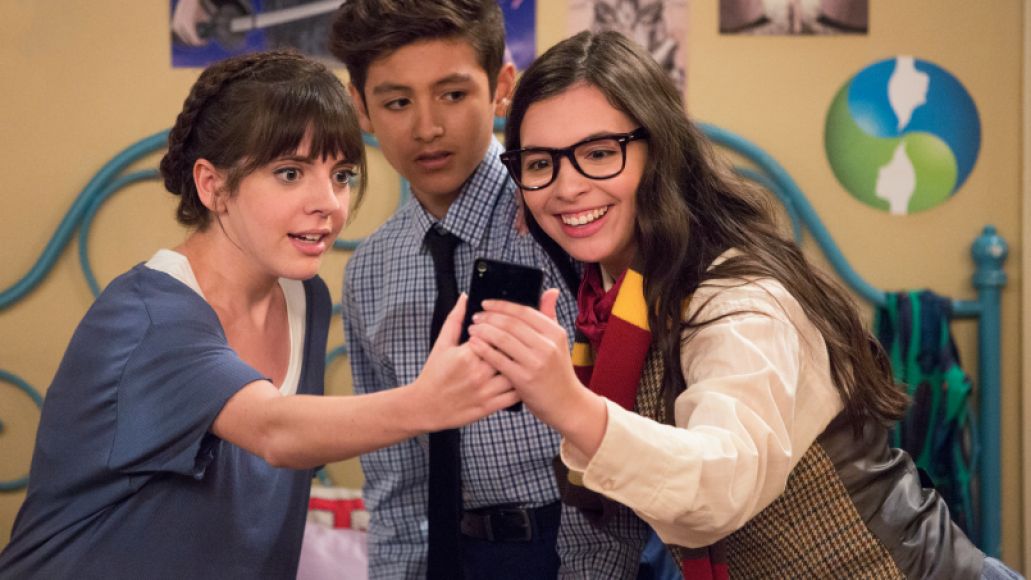 Bill Hader Is a Shitty Actor Trying to Outpace Death in the Hilarious, Surprisingly Existential Barry

Ranking: Every Season of The Wire from Worst to Best

CoS Readers’ Poll Results: Favorite Characters from The Office

Top 10 Musical Moments on The Americans

Adele to Premiere Songs From 30 In New CBS Special

The Best TV of March 2018: Sexy Lawyers, Crime-Fighting Magicians, and The Americans