For the major Hollywood studios, April means busting out the kegs and bikinis — that’s right, it’s teen-comedy time, bitches! Universal’s advanced screenings of Blockers, the latest entry in the let’s-lose-our-virginity-in-two-hours-or-less canon, even had a beach theme. Spring Fling Free Screenings, their marketing gurus called it.

While the movie’s getting decent reviews, the whole marketing campaign felt a bit dated to me. Why? Well, let’s think about it. MTV Spring Break stopped being relevant sometime before 16-year-olds started sharing their pregnancy stories on the network. Tom Cruise got up to some Risky Business while his parents were out of town in 1983. And the dudes from American Pie, if politically active, would be driving their teenage kids to marches by now.

The common thread between these three fine pieces of cinema history is not just that they featured teenagers — it’s not even just that they featured sex. It’s that they captured a certain fantasy about the ideal teen life. Remember Risky Business? Jesus Christ would Tom Cruise’s character be obnoxious today, but back then, he was the total package: smarts (an acceptance at Princeton), a hot girlfriend (sure, he was occasionally paying her, but who keeps track of things like that?), and he was the host of the hottest parties in town. And since it was fiction, there were never any lasting consequences for carpe-dieming the shit out of high school. The popular-kid-gone-wild is the same story line MTV’s recurring reality special Spring Break tried to celebrate (if you don’t remember, MTV would take a VJ down to Florida and document rich high schoolers having the time of their lives). 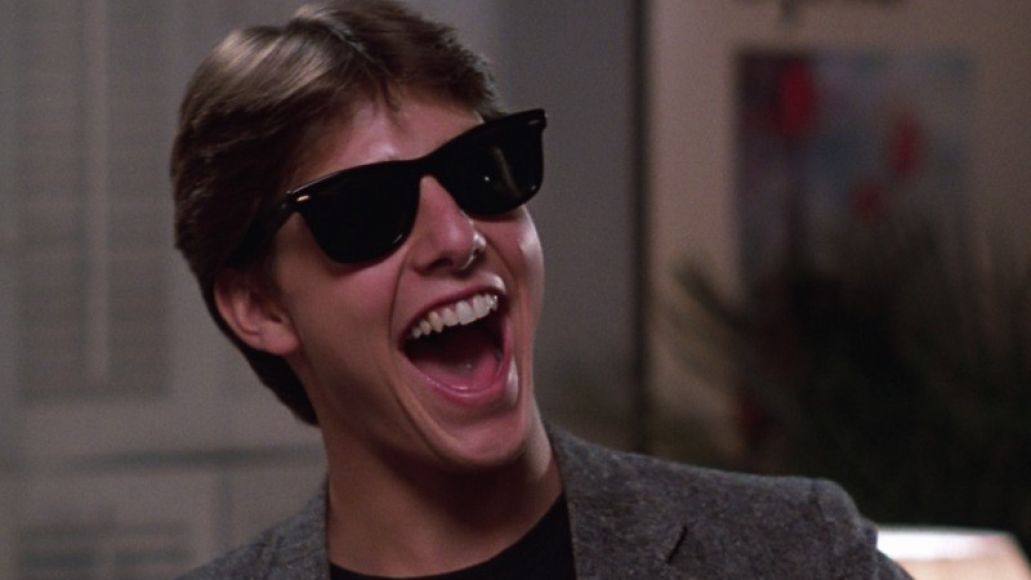 But who exactly was MTV targeting? Since all the cool kids were already at the beach, by this projected narrative anyway, maybe the target audience was the tanless kids from flyover states who could only dream of this lifestyle. In a weird way, early teen-party TV was sort of like trickle-down economics — it was either for the already rich (read: the already popular) or those who imagined one day they, too, would be rich (read: kids that wanted the lifestyle but were stuck in Boise). So was it just as much of a lie? Maybe, maybe not. The only certainty is that it left out the 99%.

This all reminds me of a quote by This American Life host Ira Glass, which I, for the life of me, can’t find right now. But his basic idea was that the popular radio show doesn’t necessarily capture regular American lives. The fact that there is even a story to be told implies there is something extraordinary about these little anecdotes. I think that’s a good way to think of pre-millennium teen-sex comedies. By definition, there can only be one most popular guy in school. There can only be one first-string quarterback. There can only be one head of the cheer squad. This is to say, there were a lot of stories left untold. And we’re not even talking about LGBT+ stories (yet)  — we’re just talking about the other 99.9% of the student body.

This started to change, slowly, in the 2000s. American Pie (1999) featured the freckle-faced, socially awkward Chuck Sherman, who was somehow getting laid (or so we thought) despite his tone-deaf, girl-repellent personality. Let’s call him a prototype for the Michael Cera-era. Cera, who somewhat revolutionized the role of the awkward introvert from someone we laughed at to someone we laughed with during his breakout role in Arrested Development, dominated the teen comedy circuit in 2007/08 with Juno, Superbad, Extreme Movie, and Nick and Norah’s Infinite Playlist. Suddenly it wasn’t the Zach Morris types that were cast as the lead, but the relateable nerd who never had a chance with a girl until, well, until some nerds grew up and became screenwriters and were able to write the correction they deserved. These movies weren’t anymore realistic (Superbad has Cera’s costar Christopher Mintz-Plasse pass a convenience-store clerk a fake ID with the name McLovin — yes, just McLovin), but they did speak to an entirely new demographic. 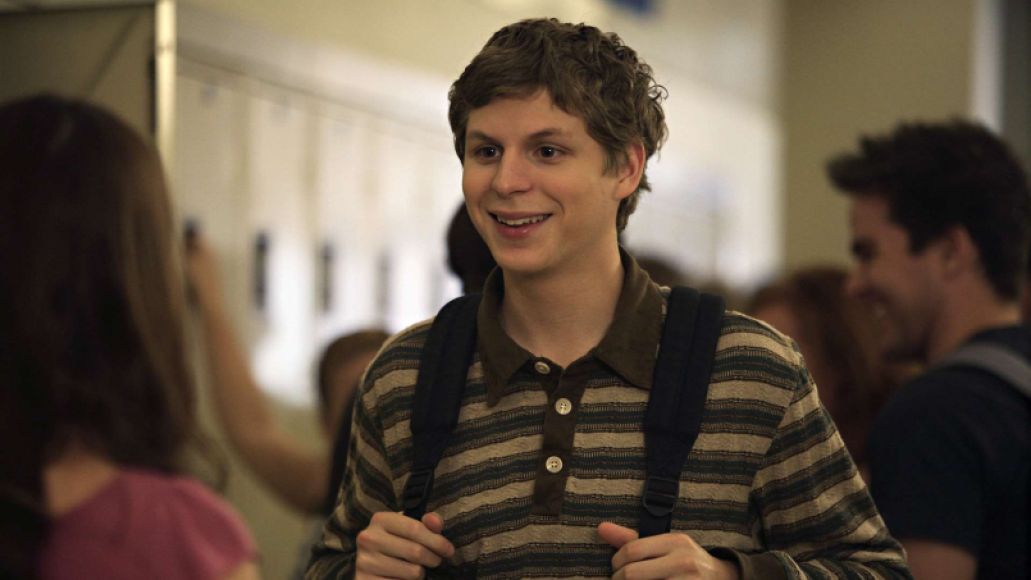 But, honestly, the movie didn’t do much for me. And come to think of it, neither did Knocked Up or She’s All That. I’m not sure I even really liked American Pie, and having been entering high school the summer of its release, I’ve seen it a couple dozen times. Maybe it’s because of the moment we’re in (#MeToo, #TimesUp), or maybe it’s because I just saw a pretty solid inverse of American Pie in Blockers (three teenage girls make a pact to lose their virginity on prom night, sound familiar?), but I think I finally get why my guy friends were doubling over in laughter and I was always pretty “meh.”

Those movies were never for me.

If the Risky Businesses and MTV Spring Breaks were for the popular guys (or those who wanted to be the popular guys), and the Superbads and Napoleon Dynamites were nostalgic shout-outs to the awkward guys who managed to grow out of their dorky phase, then, well, good, we’ve made progress — we’re showcasing different kinds of guys. Sure, not gay guys or trans guys, but, hey, let’s not get carried away.

Alyson Hannigan’s bandcamp line from American Pie was the refrain of my youth (if you somehow haven’t seen it, spoiler: the girl is very agile with a flute).The punchline revolves entirely around the shock value of this nerdy band geek using the word “pussy.” But just imagine for a second that you, dear reader, have a pussy. The novelty is kind of lost, isn’t it? You’re already quite familiar with pussies, and, y’know, they’re just aight. If you’re a straight, cis-gendered female, the thought of them isn’t going to get you hard in the same way the film intended — since the film’s intended audience is adolescent and twentysomething males. 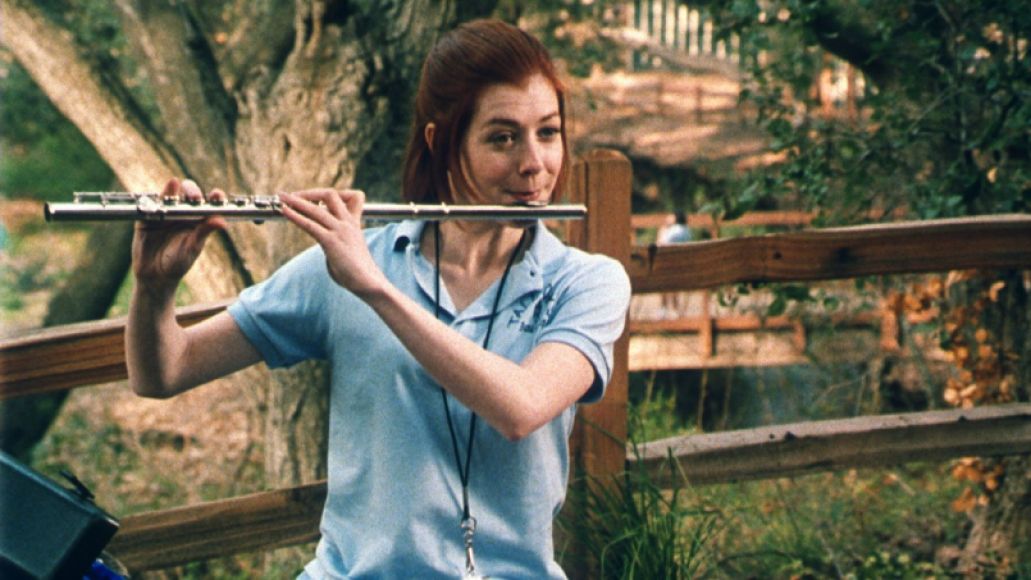 To be honest, the ‘90s kind of sucked for women. We faked orgasms, pretended dick pics were anything other than funny, and it didn’t even occur to us that comedy could cater to us. It didn’t occur to me, at least. So I, and all of my girlfriends, sat through comedy after comedy directed by men, written by men, starring men, for men.

There are two requisite steps needed to usher in the next era of teen sex comedies. Hollywood needs to target even more audiences; and when these audiences aren’t cis-gendered men, these films ought not to shame pleasure (watch Easy A, then don’t be Amanda Bynes).

Fortunately, (finally) the last couple of years have had some decent LGBT+ entries. Moonlight, while not a comedy, frankly has one of the most intimate sex scenes I’ve ever seen captured on film. It shows the complexities of being gay and of color, especially being a person of color in a rough neighborhood where men are expected to build a wall between their emotions and the outside world. Call Me by Your Name (also not a comedy), succeeds where most LGBT+ stories don’t in making the “chase” (figuring out if your crush is really into you) not some sort of comic B-plot, as many LGBT story lines usually are. It feels authentic and real. In theaters now we have Love, Simon, a Gen-Z gay love story if there ever was one (Simon meets his S.O. on a PostSecret-type message board), and Blockers (one of the three girls is a lesbian, but she decides to go to prom with a guy because 2018 still sucks). 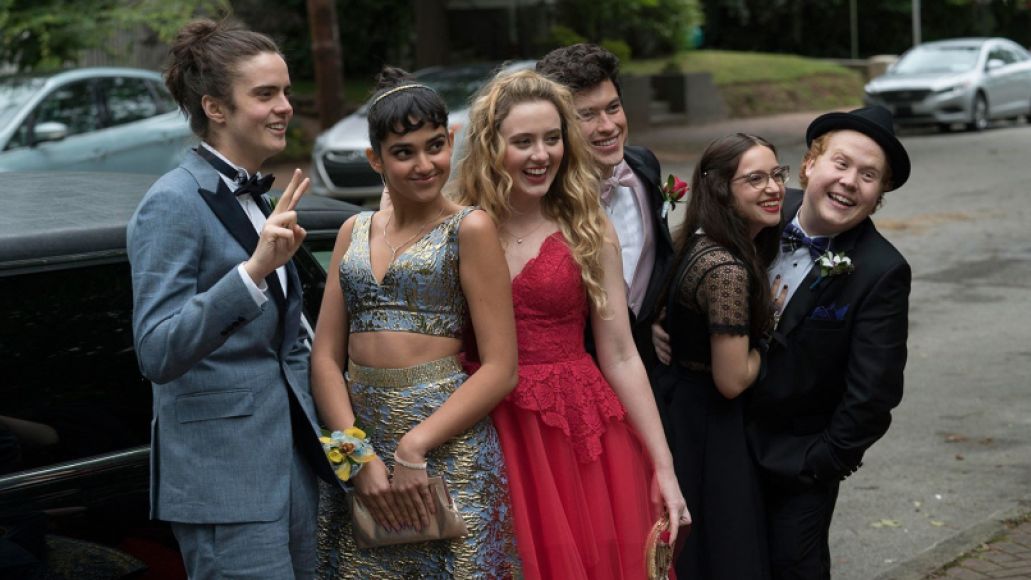 But representation itself isn’t enough. I’ll give a disclaimer: I liked Love, Simon. It gave me the feels, and I find it admirable that unlike the films of yesteryear, these characters feel like real people and not archetypes. But I was pretty disappointed when I read Doreen St. Felix’s review in The New Yorker. You see, Simon vs. the Homo Sapiens Agenda, the book its adapted from, is apparently a lot more graphic. In the book, as Simon and Blue exchange emails, the pair’s sex drive starts kicking in. As St. Felix writes in her article, “The boys start to fantasize about sex, what it would feel like. Berlanti’s film excises much of this.” By “much of this,” she means about all of it. We get no sex talk, and all physicality is left to a single Disney Channel-approved kiss. I forgave this vanilla plot, at first, because shucks it’s just so hard for gay kids to discover their identity so, of course, it’s going to be a little slower.

Wait. Of course it’s going to be a little slower?

No. There’s no “of course.” Everyone’s story is different, and we’re still getting the same coming-out-and-hitting-on-your-straight-friend tale over and over and over. The trope sunk in when I saw Blockers a few days later, and Sam, our token lesbian has the same trouble as Simon does in figuring out who around her is “available” (i.e. homosexual). This repetition of gay plots forces us to return to our leading question: Who exactly are teen sex movies for? Does the inclusion of a gay character in and of itself mean queer kids will get something from the movie?

Gay culture columnist/podcaster Ira Madison III spoke with a fellow gay podcaster, Cameron Esposito, on this week’s episode of Keep It. Madison suggests that maybe the reason Call Me by Your Name wasn’t all that successful commercially is that it’s “too gay.” It’s easy to understand what he means when you combine it with Esposito’s commentary. She points out that, for her, coming out wasn’t really the largest moment of her life. Whenever a gay person comes on a talk show, she says, they’re asked about coming out. They’re asked about their parents’ reaction. It seems straight people love them some straight-parents-losing-their-shit-over their-gay-kid drama. So again, let’s ask ourselves: Who are the gay characters in these movies for? 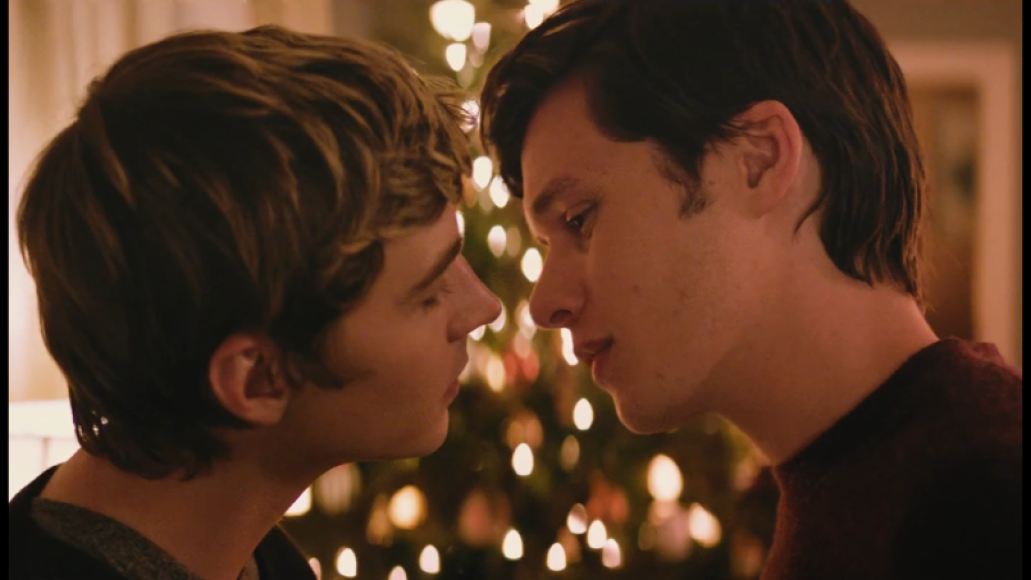 It frustrates me to learn that Love, Simon stemmed from much more explicit material. It makes me question why. Why tame it down? Is it so it can get a PG-13 rating (so, let’s blame the studio)? Or is it because straight America is ready to cheer for their gay friends coming out, but let’s not get too carried away with the public displays of gay affection? Blockers is guilty of the same damn criticism Call Me by Your Name got (the gay character has a sex scene with the an opposite-sex character, but only a measly kiss with the fellow gay character).

What Blockers does get right is a female take on sex (maybe it helps to have a female director). Finally someone spoke in my voice as Kayla (Geraldine Viswanathan) jokes about how fugly penises are (“They’re just a tool to get the job done … you know, like a plunger”). It was also nice in the era of #MeToo, when power imbalances are starting to find their way into the conversation, that these teenagers actually look like teenagers (it adds something to the stakes of the situation). We even have young women evoking agency (spoiler: not everyone has sex). But maybe the question shouldn’t be what does the film get right but rather … what teen sex experiences haven’t been depicted yet. Filmmakers: You’ve got 365 days until next year’s Spring Break.

It's Time We Talk About Who Teen Sex Movies Are For