Jenny Lewis has spent the last few years collaborating with friends like St. Vincent, Bon Iver, King Tuff, and Au Revoir Simone’s Erika Forster, with whom she formed indie supergroup Nice As Fuck. She’s also been working on her follow-up to 2014’s The Voyager with pal Ryan Adams, who’s chronicled the duo’s progress on Instagram. We’ve yet to hear about the release of that project, but in a possible hint at more good news to come, Lewis did just announce a new series of summer tour dates.

In June, Lewis will embark on a trek through cities such as Nashville, Knoxville, Buffalo, and Charlottesville, among others. In August, Lewis will pair up with Father John Misty for a show in Raleigh, and the following month she’ll join Beck for two nights at Colorado’s Red Rocks Amphitheater. She’ll also make appearance at Mountain Jam in Hunter, NY; Forecastle Festival in Louisville, and Osheaga Festival in Montreal.

See her full list of dates, as well as a tour poster, below. 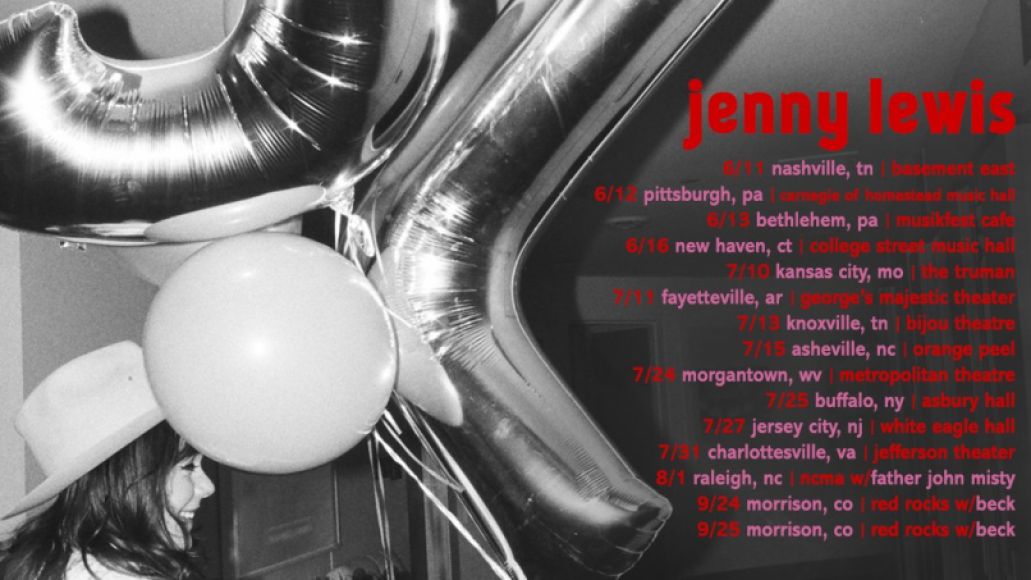