Some shows teach you how to watch them. The Wire wears the trappings of a procedural, but draws you slowly to its more subtle ways of moving, knowing that eventually you’ll realize the format you thought mattered here is just a shell game used to get you to invest in the reality in which that game exists. Twin Peaks laced the fictional soap opera Invitation to Love throughout its initial run, reminding us of the artifice in which we were investing and signaling that the Lynchian darkness present in Laura Palmer’s world might be found anywhere. Noah Hawley’s Legion teaches you how to watch it from the moment it begins, and its lessons are reinforced in the very first shot of its excellent second season.

You can’t see that shot yet. In fact, you’ll find no spoilers of any kind herein. The pleasures of Legion are best experienced with as little a grip on what’s “happening” as possible. If you believe what you see and feel, even if it seems illogical, even if it seems like maybe it’s just a cool visual choice, you’ll find your way through the maze. Look with your eyes, feel with your gut, and don’t trust the language — those are the rules.

Because I’ve written that in words, I will immediately ask you to mistrust even that direct statement. There’s one realm in Legion in which you can absolutely trust the language, and that’s the realm of the Narrator. A confident, soothing, and familiar voice (again, no spoilers, and trust me, it’s better if you don’t Google it) drops into this strange universe from time to time, teaching us about madness, delusion, and contagion; we see what he describes almost at once, and so we can believe it to be true. An egg cracks and a healthy chick emerges; that is an idea, we’re told. Another egg cracks, and something entirely different happens. That second egg becomes another piece of Legion’s visual vocabulary, as The Devil with Yellow Eyes was in the first season. It teaches us how to watch this story, and the Narrator gave us the key.

Of course, part of what’s compelling about Legion is that even those facts which seem absolute should be doubted. We don’t actually know if we can trust the Narrator, even though what he tells us is reinforced visually (and that doubt is in turn reinforced by the inspired voice casting — again, don’t Google it). People can lie, our senses can lie, and we can lie to ourselves so often and well that we forget which truths are actually lies. We can sell ourselves a bill of goods, as surely as someone else can. “Beware ideas that are not your own,” an announcer tells the Summerland team over and over again, and that goes double for the folks at home. 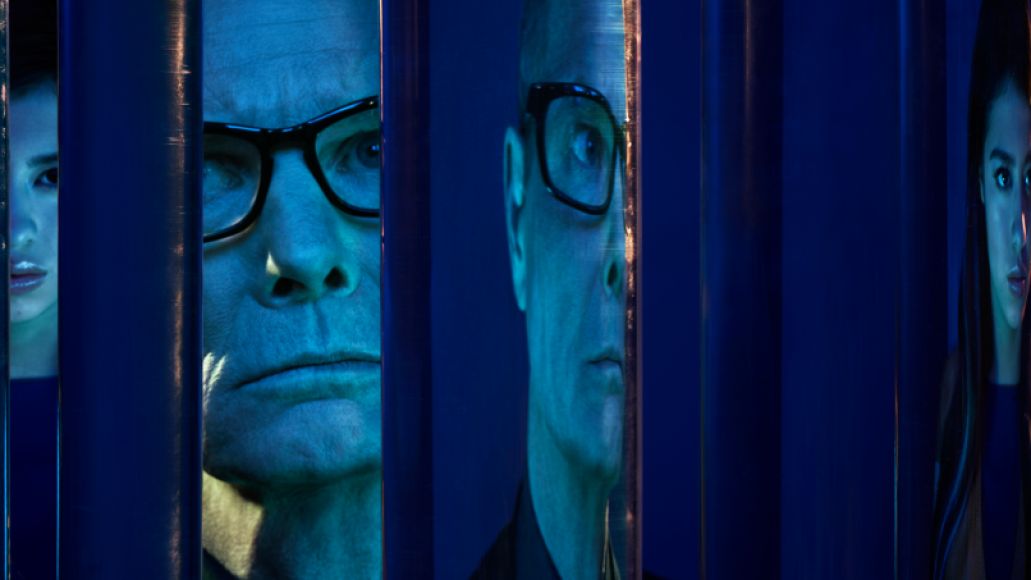 So we return to what we can see — and luckily for viewers, Legion remains as visually phantasmagoric and daring as ever. The big, flashy sequences are easy to write about, up to and including martinis in a pool on another plane of existence, a dance-off in a club that may be both mental and physical, and perspective-altering dalliances in Syd (Rachel Keller) and David’s (Dan Stevens) all-white love nest, but what may be even more key to Legion’s fantastic success are the simpler tricks that remind us to doubt, to question, and to trust only what we can see.

Take “Chapter 9,” the Tim Mielants-directed season opener. In one shot, David shows Syd a gift he has for her; he’s standing and dangling it by a chain, she’s seated on the bed, looking up. In the next shot, she’s standing, eye-level with the bauble, which he’s now holding higher. We don’t see her stand, and we don’t see him raise his arm. It just happens. In another series, this might be the result of sloppy editing, an odd bit of discontinuity that doesn’t matter much in the scope of things. But while things might be wild in Legion, they are never sloppy. That jarring moment reminds that we cannot assume that the giving of a gift is simple, innocent, or what it seems. We cannot assume that it’s even real. We know that she sat, and that later she was standing, and that there was a gift. Nothing else is guaranteed.

Legion’s rich visual and aural world will come as no surprise to those who watched the first season — and if you didn’t, please know that you’ve absolutely got to start at the beginning. Hawley’s team works diligently to make sure that every element of the show works together seamlessly to keep viewers off-balance, suspicious, and enraptured. That’s true of every aspect of the show’s production, from the frenetic but purposeful editing, mostly used to ricochet us between periods of David’s physical and mental life, to the score and soundtrack, which are used alternately to draw viewers in and set their teeth on edge (in the case of one recurring sonic element this season, quite literally). But it’s especially true of the production design, which manages the neat triple-trick of building an evocative world, helping to tell the story, and looking, to use a technical term, stylish as fuck.

This is a world of advanced technology, most put together by a tinkering mad scientist (Bill Irwin, a gifted performer whose meticulous and occasionally madcap physicality makes him a standout on a series full of standouts), but it’s all nuts and bolts and steel and strawberry preserves, not glossy screens and storage on the cloud. The setting is undeniably modern, the costuming just as undeniably mod. A high-tech, top-secret compound can and will have a strangely tranquil restaurant inside it, and in that restaurant, a bowl of mint-green ice cream will absolutely show up right on time to help you win an argument. When that ice cream arrives, you’ll see only the hands that bring it, and no sign of the person attached; when that framing is echoed in the astral plane, you’re once again reminded to trust only what you can see. 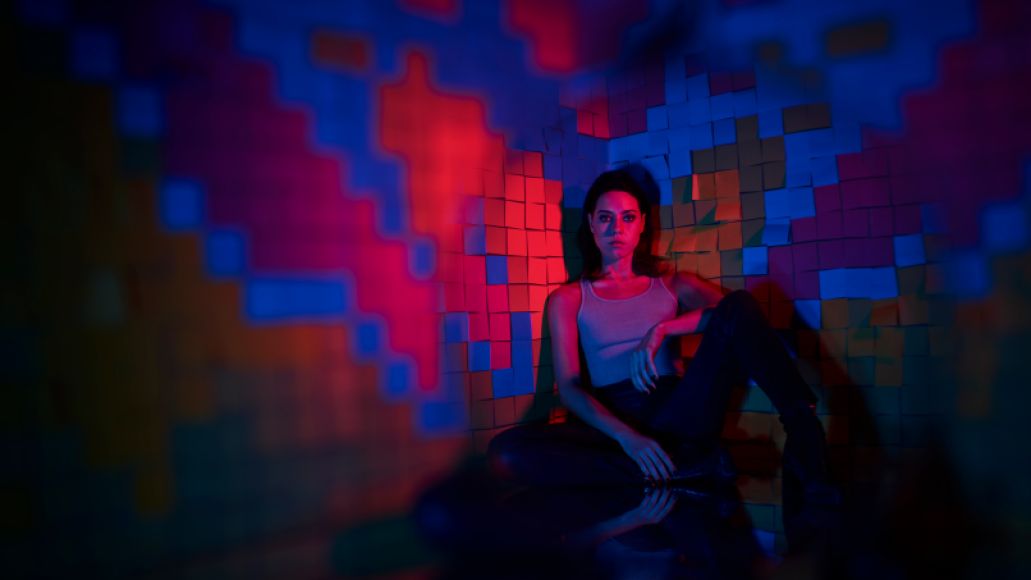 All of that contradiction, that heady blend of high drag, bold statement, and absolute uncertainty, comes to a head in the form of Aubrey Plaza’s Lenny. To detail her experience (or what we see of it, in the four episodes provided to critics) is to ruin the ride, but know that the ambiguity of her final moments in the first season sets the tone for what’s to come. Plaza always knows what she’s doing, even as her character may not know who, what, where, or if she is. We cannot take anything she says for granted. Our only evidence is her emotional experience — or, to put a conveniently fine point on it, what we see flit across her face. Hers was one of 2017’s best performances, and there’s no sign of a second-season slump.

The need for proof, for certainty, is laced throughout Legion’s second season, as is the desire to escape from a self-made maze. As David, Syd, Melanie (Jean Smart, excellent), and the rest of the cast race and stumble through Hawley’s evocative landscape, we’re left slightly better off than they, because we can see what they cannot. A tea kettle whistling is not just a tea kettle whistling, and a dish full of ice cream is more than simply sweet. These characters trust blindly, but also push back against the evidence in front of them. They accept one set of facts while denying another. When your mind can be used as a weapon, when you must distrust ideas that are not your own, when even your eyes can betray you, you may falter. When you have a storyteller’s hand to guide you, you can watch Legion and twist that old chestnut from the Gospel of John: blessed are those who see, and so know when to believe.

It’s so, so smart. It’s daring and strange and ambitious as hell. I don’t trust it, but I’m sure as hell glad it’s back.

With Legion Season 2, the Words Are a Maze, Your Eyes Are the Map