Her first release since last year’s 1992 Deluxe, the self-described “emo mixtape” was announced on Nokia’s Instagram account last night. And by “emo,” Nokia doesn’t just mean “emotional.” A press statement says the mixtape “draws on influences as varied as the introverted acoustic sounds of Elliott Smith to the bombastic pop-punk energy of Paramore.

And you can hear it in the mixtape’s lead single, “Your Eyes Are Bleeding”, which finds the singer adopting the nasally, yearning vocal affectations of the emo sect. The lyrics, too, are about as Taking Back Sunday as they come. “Smash my heart in pieces, it looks so good on the floor,” she sings. “Now I really hate you, and I wanna hate you more.”

Nokia and Milah Libin directed the funny, self-aware clip, which finds Nokia alternating between a melancholy car ride and a White Castle as tour footage from the past few years interjects like so many warm memories. Check it out below.

You can hear the rest of it via your digital platform of choice, or below.

On the heels of 1992 Deluxe, Nokia launched a GoFundMe relief page to assist with post-hurricane rebuilding efforts in Puerto Rico. After playing Coachella this weekend, Nokia will hit the road for a tour of North America and Europe. Along the way, she’ll play festivals such as Miami’s Rolling Loud, Dublin’s Longitude, and Germany’s Melt! Festival, among others.

See the mixtape’s artwork and tracklist below, as well as her full tour itinerary. 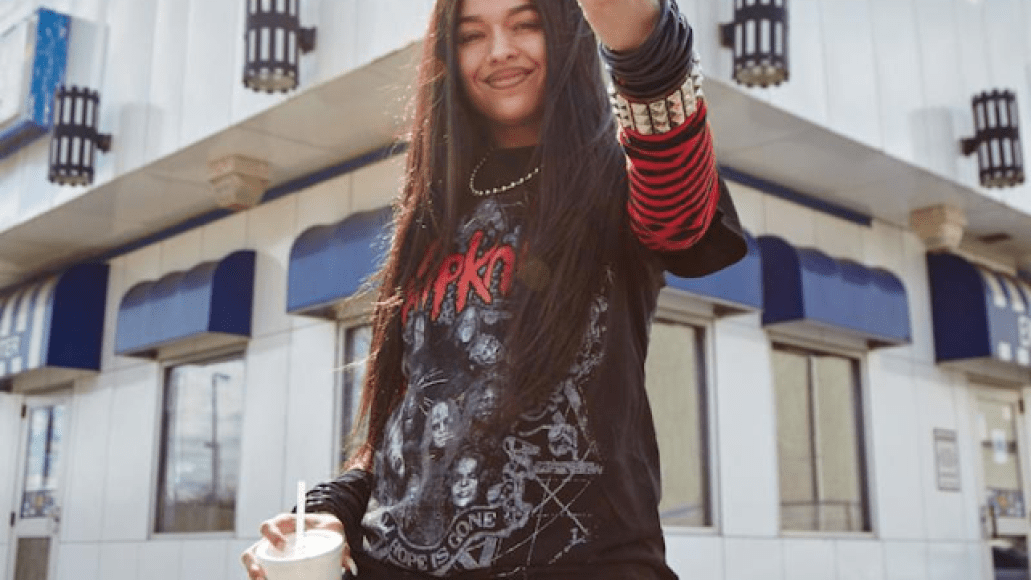