This feature originally ran in April 2016 and is being re-published again for Alien Day.

It was 1979, and the New Hollywood was winding down. After the huge success of the miniscule-budgeted Easy Rider, the studio system had opened the doors to young, hungry filmmakers and put aside its obsession with Biblical and historical epics. For the entirety of the 1970s, it was a cinematic gold rush for up-and-coming cineastes. While the older masters like Kubrick and Hitchcock were still producing strong and thought-provoking films, Hollywood put its faith in the talents of movie brats like Martin Scorsese, Brian DePalma, and Steven Spielberg. For the first time in many years, creativity was invited and the status was decidedly not quo.

The more things change, the more they stay the same. Out of this era of unchecked artistic freedom came the Blockbuster, that behemoth of clichés and popcorn. The Biblical and historical epics were replaced by the summer tentpoles. Spielberg and George Lucas completely changed the playing field with Jaws and Star Wars. Both films took B-movie tropes, repackaged them into A-list fare, and those monster movies and space actioners made their move away from the dingy drive-ins and into the Hollywood mainstream. 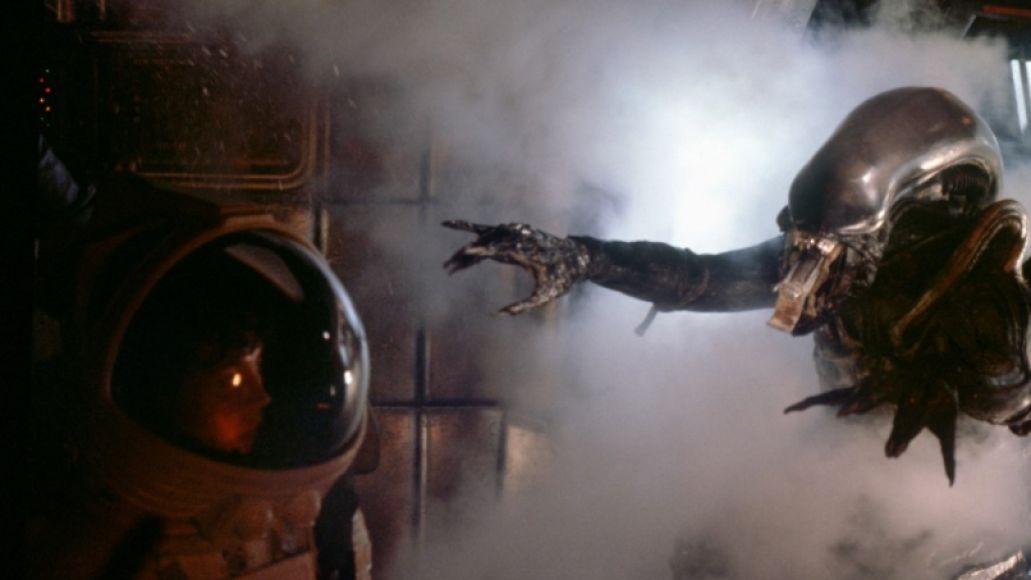 So again, it was 1979, and it was the perfect moment for a new type of horror to be born. I apologize for the tired metaphor, but it’s Alien Day, okay? At the end of the decade, Heaven’s Gate had not yet put the final nail in the New Hollywood’s coffin, but the studios already had eyes on the future. It was a strange moment for American cinema.  Hollywood still wanted the freshness of young talent, but it wanted it big. And that’s when a guy named Dan O’Bannon came along.

Like his fellow movie brats of the time, O’Bannon honed his skills at the prestigious USC School of Cinematic Arts. There he met and befriended a popular kid named John Carpenter. Carpenter went on to make a few other movies, but that’s a different story. After making their first feature together, Dark Star, they began to brainstorm a new intergalactic monster. Their follow-up film was to be called Star Beast, and it told the tale of a space mining crew attacked by a creature of unknown origin. Sound familiar?

O’Bannon and Carpenter had a small falling out, and Carpenter left to make Assault on Precinct 13 and Halloween. No big deal. Carpenter told O’Bannon to keep the Star Beast idea, so along with his friend Ronald Shusett, O’Bannon penned a draft, and it found its way to 20th Century Fox. Again, this was perfect timing, with Alejandro Jodorowsky’s bloated adaptation of Dune falling apart in pre-production at the studio.

As Dune’s production faltered, 20th Century Fox was looking for a new project. O’Bannon, who was supervising special effects on Dune, just happened to have a script on hand. And so the film went into production immediately. The studio transferred the majority of the crew (including production designer H.R. Giger) to the newly re-titled Alien and hired an untested British director named Ridley Scott. Okay, we all know how the rest turned out. It’s great. The sequels are … a mixed bag. But how did this relatively simple horror flick become a cultural phenomenon deserving of its own holiday? 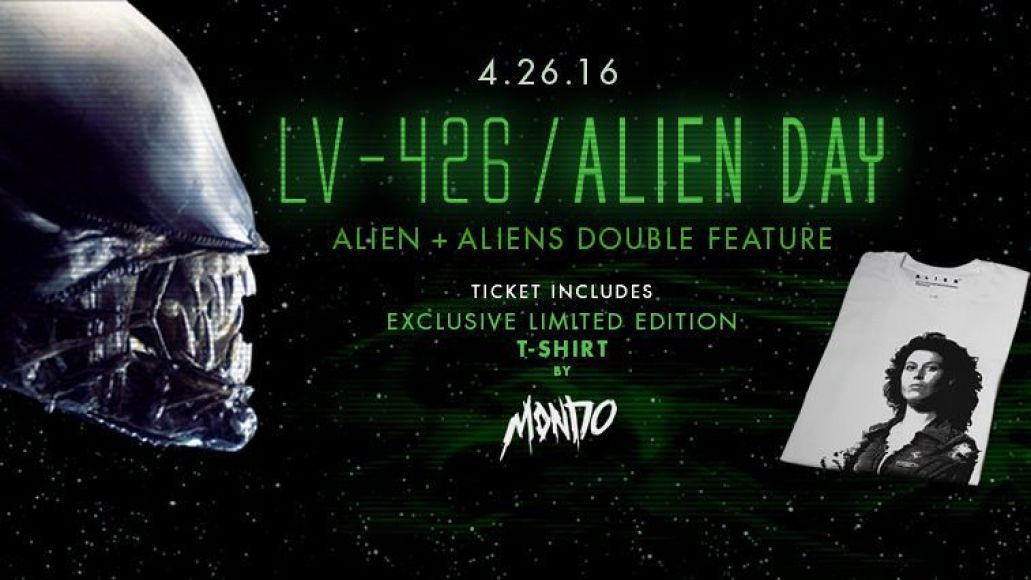 It’s all about the Giger. The script is solid and the rewrite by Walter Hill is basically Alien haiku. I recommend it with a glass of bourbon. But that Giger, though. The painter’s contributions to this film (and the modern horror diaspora) cannot be overstated. He created a creature and environment that are difficult to even comprehend, much of this confusion coming from Giger’s mixing of gender and living and nonliving beings.

The Xenomorph is a walking contradiction. Looking closely at its body, it has phalli on its back and vaginal shapes on its torso. It is something unknowable, something that does not fit any natural taxonomy. At the same time it is totemic, a being older than time itself. Like a great Lovecraft monster, it is indifferent to human pleas for mercy. While Giger’s creature was just a man in a suit, it represented our cosmic fears that, in the end, we are just animals screaming into a soundless vacuum.

At the same time, human sexuality and birthing are at the core of Alien. The design for the Xenomorph and the derelict spacecraft present a distorted view of human reproduction. After all, think about the most memorable scene in the film (at least for non-fans). Kane (John Hurt) has just woken from a long sleep. He had a nasty little facehugger clinging to his … well, his face. Now, the small bug is dead and Kane is having a nice breakfast with his friends. Then an alien pops out of his chest. Just pops right out. Actually, it bursts out, spraying blood and viscera all over Veronica Cartwright. Man.

As a man, there is an inherent fear I have of the birthing process. I know it’s beautiful and wonderful, but I skipped both days in Health class when we watched the live birth. I stayed in the waiting room watching Bob’s Burgers on Netflix while my nephew was born. This scene in Alien is so terrifying and so lasting because it subverts the “natural” order of things. There’s more to be said about the society that has created these hierarchies, but, for now, it scares the living crap out of me and many. There is something “wrong” about the scene that stays with the viewer. 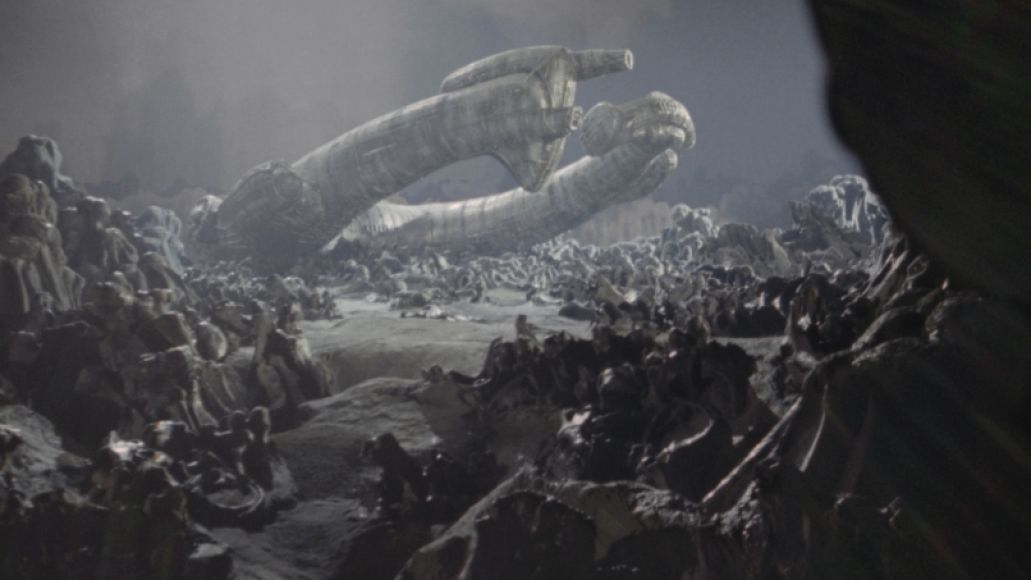 Then, there’s Ridley Scott just directing the heck out of this movie. Under another director’s supervision, Alien could have been a shlock fest. Under Scott, the film is filled with dread from the opening frame. We barely see the monster, but it’s always there, lurking around the next corner of the duct system. Showing the film to first-time viewers, many comment on how slow the film is. The film isn’t slow. Far from it. It is merely paced, and paced perfectly.

Alien is all about timing. Had it been made a few years earlier or a few years later, it would not have been made at the center of that perfect storm of New Hollywood creativity and blockbuster genre filmmaking. This was B horror on a large scale, with award-winning design. It imbued the genre film with thoughtful ruminations on humanity and its baser fears. It birthed a franchise of varying quality and, now, a national holiday.

In space, no one can hear you scream. Happy Alien Day, everyone.