Our recurring new music feature Track by Track gives an artist the chance to break down every track on their latest album.

For over a decade and a half, Ryan Graveface has been at the center of the Savannah, Georgia label Graveface Records. In addition to putting out efforts from The Appleseed Cast, Xiu Xiu, Mount Eerie, Serengeti, and others, Graveface himself has released music as part of Black Moth Super Rainbow, Casket Girls, and The Marshmallow Ghosts. Now he’s set to revive yet another project that’s been dormant for six years, as his solo Dreamend project will release a new untitled album on April 6th.

But a lot has changed for Graveface since Dreamend’s 2012 LP And the Tears Washed Me, Wave After Cowardly Wave, and it’s completely altered the way he makes music. A rare medical condition is causing his hearing to slowly deteriorate, meaning there are certain tones he simply no longer registers. In order to account for this on the new record, Graveface used a composition technique that actually leaves the songs “incomplete” with “just enough notes to trick the ear into thinking it’s a complete song.” As a press release explains, “The listener is responsible for filling in the gaps without being aware of it; this creates a unique experience for each listener, as we each fill these spaces differently based on our individual senses and various musical backgrounds.”

Each song on the 10-track collection started as a loop which often ended up out of time with the rest of the track. Helping Graveface build up around those repeating lines were vocalists Alexandra Morte (Night School), and Phaedra and Elsa Green (Casket Girls). Pedro the Lion’s TW Walsh provided percussion, while Graveface himself handled every other piece of music.

The result of all this — the hearing loss, the looping, the collaborators — is Dreamend’s most experimental effort to date. The first record under the name that doesn’t center on a concept, it swirls through post-rock and shoegaze, even finding space for some of the project’s folkier inclinations (“In Tune We Rest”, “In My Heart”). It’s the type of record that benefits from both passive and intently active listenings, both of which you can do ahead of the official release by streaming the untitled LP in full below.

For more insight into how this latest album came together and where the songs originated, Graveface has provided a Track by Track breakdown of the entire thing. Check it out below. You can also pre-order the album here.

“Introduction”:
I think coming from the classical music world has made it so my brain requires hearing intros, interludes and conclusions. So if you go back through the history of Dreamend you’ll see a bunch of instrumentals at the beginning, middle and end. Historically I write quite a bit of material each year (although that hasn’t been the case since my retail storefront has started to do better) and I’ll just pluck my favorite sounding instrumental bits for these. This being no exception.

“Falling”:
I’ve been carrying this song around for a long time. I originally wrote it to be on the second Casket Girls full length but the girls didn’t connect with it (it was instrumental at the time). I struggled with the perfect vocal hook and like it generally does, it hit me whilst I was taking a five-mile walk in Savannah. Glad this one ended up being a Dreamend tune. 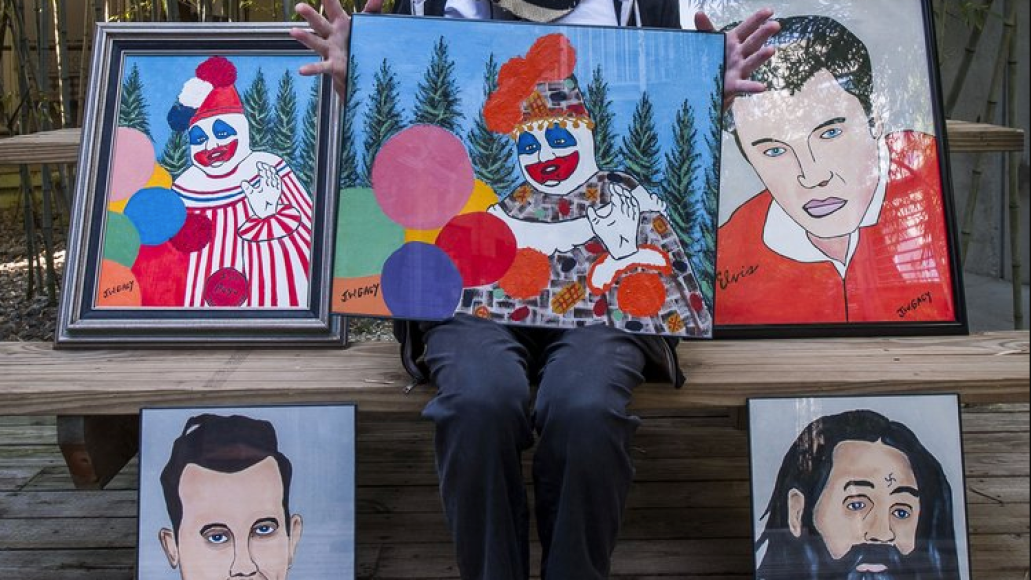 “In Tune We Rest”:
This is one that I sent to Lexy (of Night School, formerly of Whirr) as soon as I finished it. I could hear her voice on it immediately. She came through with a great vocal melody. Most of the tunes on this album lyrically seem to be about love lost, longing or obsession. Basically the same as every other Dreamend record (although there’s no murder songs on this one). The only difference being this is the first Dreamend record that has no story to it — this was intentional. Felt I had beat that concept to death.

“A Year and a Day”:
One of the weirder tunes on the record. If you haven’t noticed by now, almost every song either begins or ends with a loop that I created. This was intentional. Some are more bizarre than others. Quite frankly I don’t know how Lexy wrote such a good vocal melody over it since there’s virtually nothing there. Super minimalist approach to songwriting for me. Loop 1 fades out around two minutes which is where Loop 2 begins. TW Walsh’s drums on this song seal the deal for me. He was kind enough to play on the entire record and it helped tremendously.

“P.D.M.”:
An instrumental tune I wrote whilst thinking about [John Wayne] Gacy’s old company. Or really focusing on the fact that he was also a small business owner (strange thought, I know). My fascination with this thought is really in wondering about his day to day. Was he struggling with urges that most normal people don’t deal with and 9 times out of 10 being successful and focused on his work? Did he celebrate tiny successes within the company? I’ve owned a small business since 2002 and haven’t held an outside job since 2007 so I think that’s what drives these thoughts. Again, I know it’s weird to focus on the small biz aspect of a serial killer, but I can’t help but ponder it. 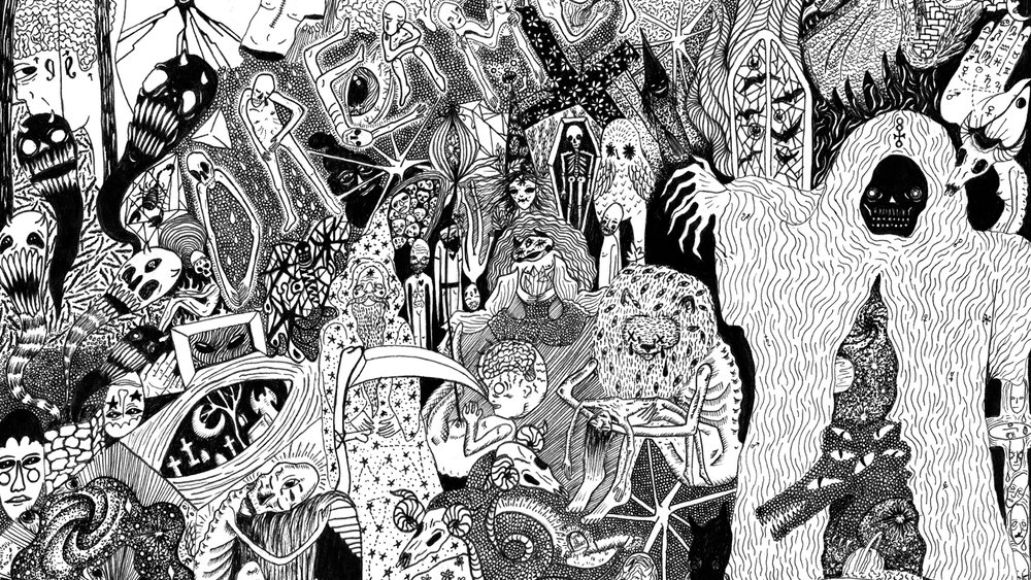 “Inside the Head of a Monster”:
This is a tune I wrote for the Casket Girls third album but didn’t make it on. Felt too much like a Dreamend song (and here we are). The girls wrote the lyrics so I can’t speak to their meaning. Pretty happy we decided to just make it a Dreamend tune honestly. My favorite part is the distorted high slide guitar part in the second verse.

“Halfway Between You and Me”:
Yet another song that made me think of Lexy’s voice immediately. I feel her voice and writing style is completely underrated (read: more people need to know she exists — go listen to Night School ASAP). I wrote this one when I was composing for the 2016 Marshmallow Ghosts release but couldn’t come up with a Marshmallow Ghost-y chorus to go with the verse structure (which felt very Ghost’y to me). Went back to the drawing board and came up with a more Dreamend vibe in the chorus, hit up Lexy and BAM, it’s in your ear hole.

“Remember the First Time”:
Autoharp is the main instrument. My autoharp was destroyed when I moved to Savannah because of neglectful movers so it can’t stay in tune now (which I felt worked nicely for the song). Really like the middle part of the song. It’s all broken instruments except for the drums. If you listen to my last Dreamend LP, And the Tears Washed Me, Wave After Cowardly Wave, that’s when I started recording exclusively with broken shit. It’s an odd choice in reality but does help add to the desperate vibe I tend to be going for with the project.

“In My Heart”:
This is the only song I find to be difficult to listen to on the record. It’s the oldest song on the LP. I started writing it immediately following the end of my last relationship and I was incredibly lost as a human. It’s depressing as hell. Thank christ TW Walsh put a disco-ish drum beat on it. The part that fucks with my mind though is that I finished the song recently and am now happier than I’ve ever been (relationship wise). It’s oddly difficult emotionally to go back and focus on sad negative energy to complete something that you feel is worthwhile when you’ve moved on from those feelings. I prefer to not listen to this one.

“To See This Moment”:
My favorite song on the album by far. It’s the exact vibe I was going for on the album but perhaps failed to do so. Long looped intro/outro. No real percussion except for a kids drum machine that I’ve had since childhood (that I fucking destroyed recording this drum part to… RIP lil buddy — you can hear the beginning of the destruction at 3:13). We’ve been playing this one nightly on this tour — ending the set. This song was easy to write except for the chorus vocal melody which alluded me for a while. Fortunately, late night walks around Savannah always trigger these things so it all worked out in the end. I really wanted the Casket Girls to sing the chorus but in the end am happy I went with my own voice. Makes it that much sadder.