Gilead, and all its attendant horrors, is back. The first season of Hulu’s critically acclaimed The Handmaid’s Tale made waves when it premiered, prompting renewed interest in Margaret Atwood’s dystopian and still depressingly relevant 1985 novel about a world where religious fundamentalists have taken over and dismantled the United States and replaced it with the oppressive, theocratic Gilead regime.

The first season followed the arc of the novel, introducing viewers to June Osborne (Elisabeth Moss), a Handmaid — a sex slave forced to endure regular ritualized rape at the hands of prominent men and women in the government — and establishing this new, totalitarian world. The second season picks up where the novel and the first season left off, with June in the back of a truck, being delivered to either her salvation or her doom. 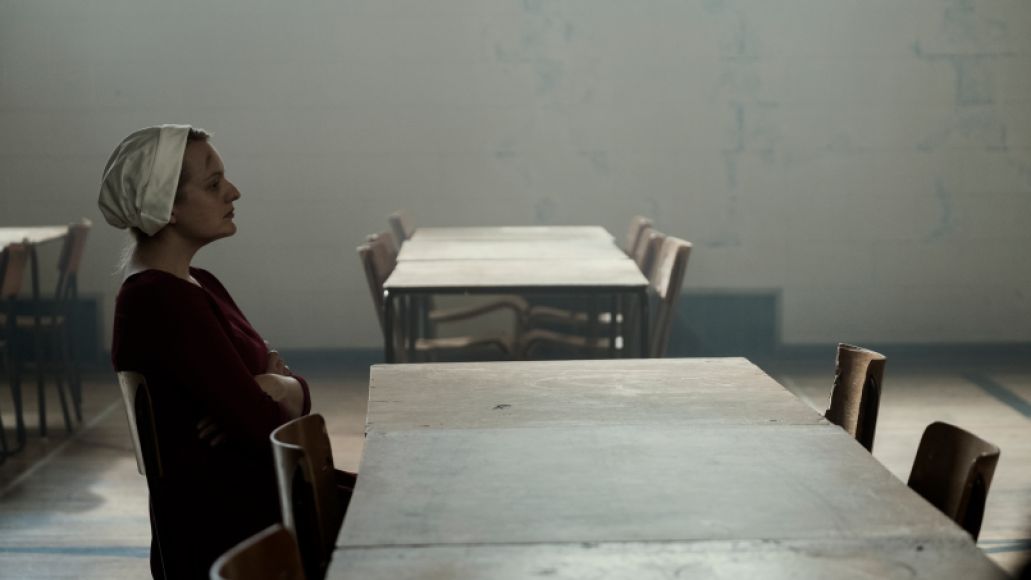 Right from the jump, The Handmaid’s Tale makes it clear that the gloves are off in the second season. The first season of the show is traumatizing and intense, and before watching the new episodes, it’s hard to imagine the first season as anything but brutal.

Yet, even with Luke and Moira (June’s husband and best friend, played by O. T. Fagbenle and Samira Wiley) safe in Canada and June somewhat protected by her pregnancy, there’s a palpable sense of consequence and payback that pervades season two. Victories from the first season, however small, are quickly stripped away, and the ultimate emptiness of the Handmaids’ bold, internal pronouncements and rah-rah sisterhood power walks is laid bare. 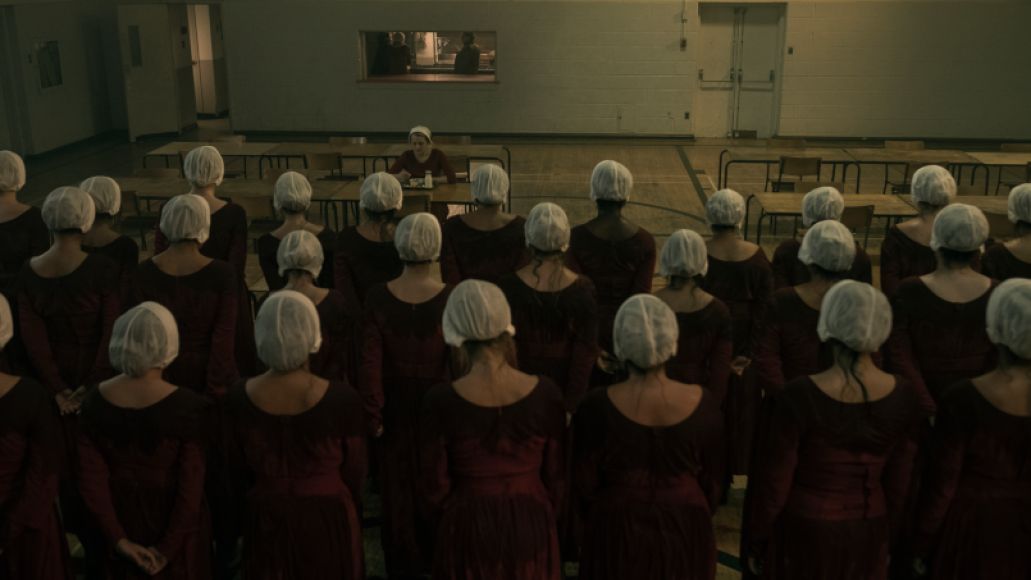 It would be easy for this shift in tone to become oppressive, for the already disturbing events of the first season, robbed of some of their mitigating bright spots, to pile on top of each other and make the second season nigh unwatchable. The Handmaid’s Tale avoids this by foregrounding the grit of its protagonists. The pushback of Aunt Lydia (Ann Dowd) and other authority figures in Gilead underlines June, Moira, Emily (Alexis Bledel), and others’ sacrifices and strength.

In the face of such oppression, mere survival is a victory. Moira’s daily existence in Canada, however haunted, is a triumph, and the intelligence and will still somehow flickering in Emily’s eyes is to be celebrated. Rather than pain for pain’s sake, this feels like an appropriate and necessary shift, one that peels back a few layers of Aunt Lydia and the rest of Gilead’s beloved artifice and makes the heroes’ small successes all the more meaningful. 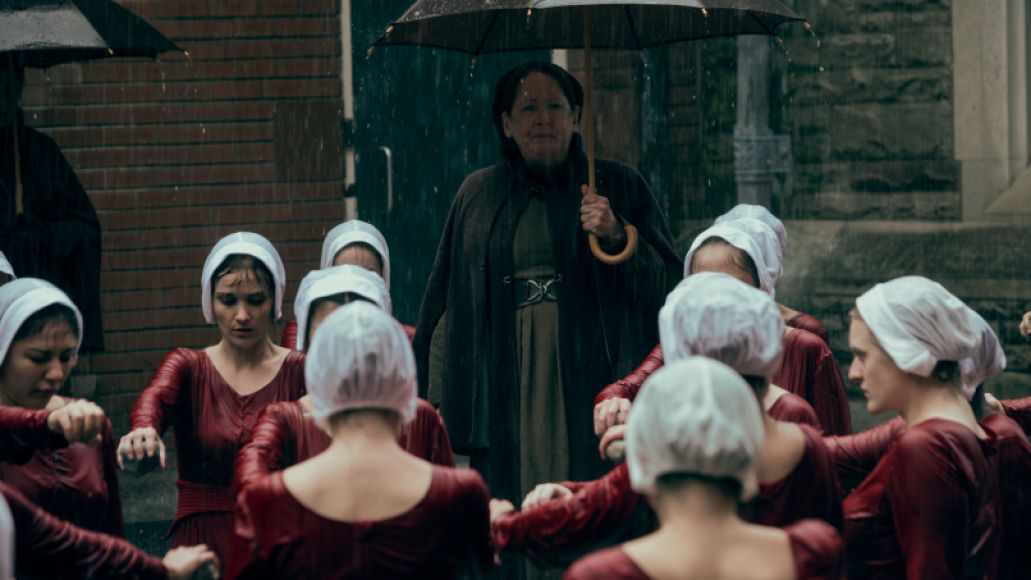 Much of season one drew closely from Atwood’s novel, focusing on June’s experiences and memories as well as day-to-day life in Gilead. With the source material fully explored in season one, season two branches out, introducing new corners of the world and filling in gaps in June and other characters’ histories. The United States’ fall to Gilead is given more time, and while there’s little new here, these flashbacks (and the decision to include more characters’ perspectives) pair well with the current action. More interesting is the expansion to new physical spaces.

Perhaps making up for the lack of geographic specificity in parts of season one, season two uses prominent American landmarks to chilling effect. The history, onscreen and off, of these spaces adds power and immediacy to the series’ assertion of the fragility of institutions and norms. Less successful are the second season’s forays into previously unseen areas of Gilead, which lack the specificity of the first season’s careful world-building. They’ll likely be more fleshed out as the second season continues, but at least at the start of the season, these scenes are elevated beyond their setting by the writing and performances, rather than being enriched by their setting. 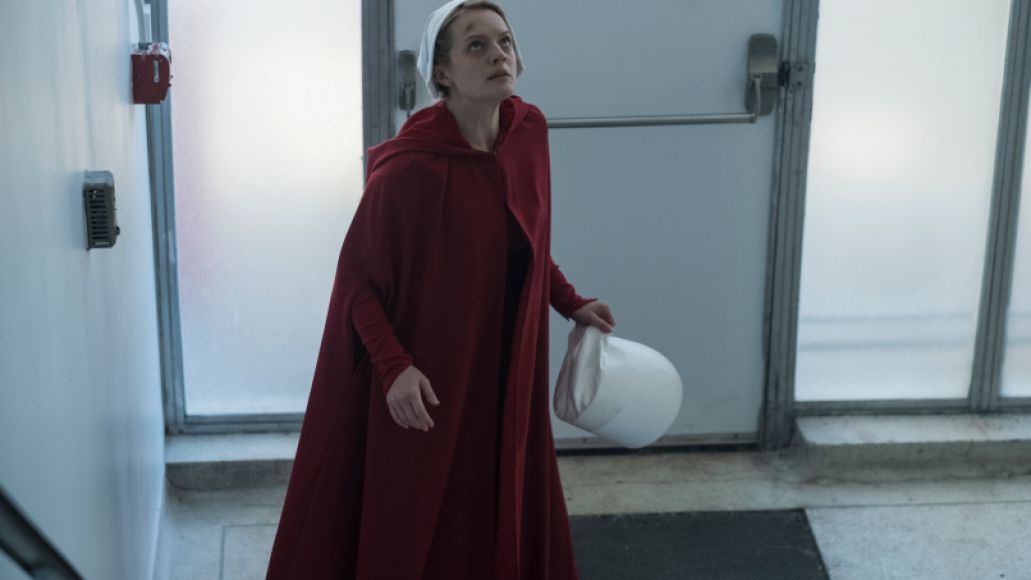 The first season of The Handmaid’s Tale put Hulu on the awards show map, and based on the start of season two, the For Your Consideration campaigns will be out again in full force next awards season. Moss remains as compelling and captivating as ever as June, bringing vulnerability and resilience to the demanding role and even finding space for humor where appropriate. Bledel is a standout once again, her prominent return a welcome surprise after her character’s disappearance from the action in season one.

Wiley, severely underused in season one, is now a regular presence, though at least at the start of the season she has yet to get the spotlight episode her character Moira deserves. And also back is the magnificent Dowd, whose Aunt Lydia remains the series’ most potent and terrifying villain. Dowd’s blend of clucking mother-figure and ecstatic religious zealot is endlessly watchable, and Aunt Lydia is another character overdue a spotlight episode. 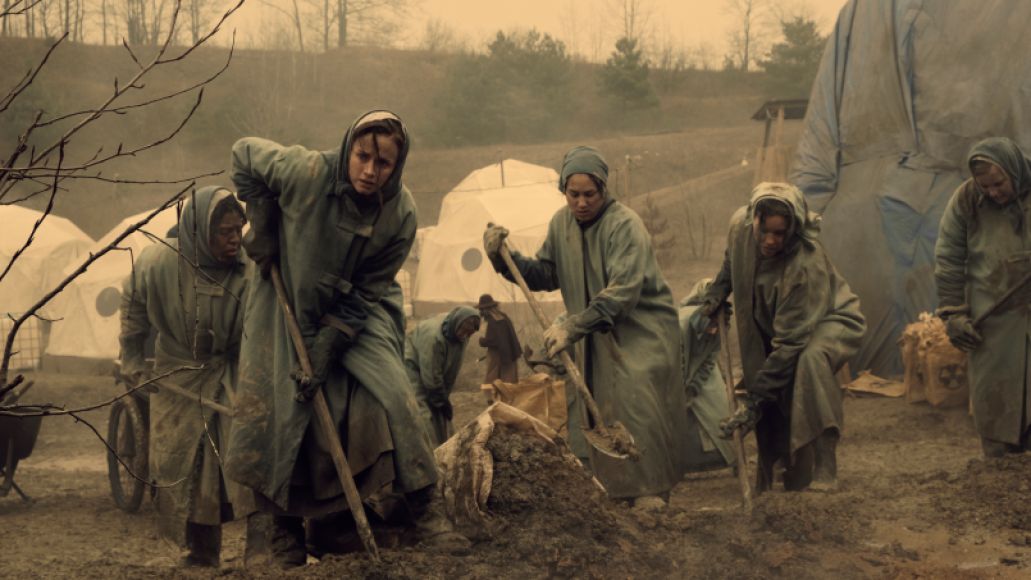 The start of season two wisely stays away from Commander Waterford and Luke, two characters who proved far less compelling in season one than their scene-mates, and gives only a few moments to Serena Joy, a character more interesting in her complicated past than in her much more restricted present. Several notable actors pop up in new roles, and part of the fun of these likely one-and-done performances is the discovery. Suffice it to say, the casting and performances across the board remain top-notch.

Equally strong are the show’s production elements. The score and soundtrack are on point, with effective, but not over-used pop music and affecting scoring that compliments the action without becoming didactic. The costume and set design are once again strong, with the possible exception of Emily’s new environs, and the cinematography is just as important of a narrative tool as it was in season one. Each episode features at least one striking, memorable visual, and the deliberate pacing and editing combines with the artistic sweep of the camera and the craft of each element of production to create an immersive, emotional viewing experience. 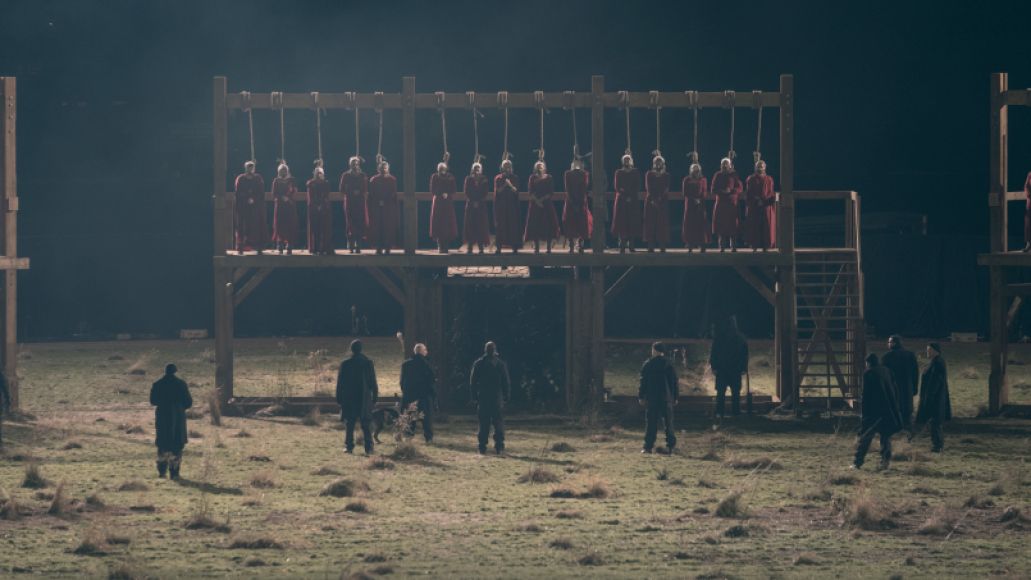 This will likely determine audiences’ reactions to season two of The Handmaid’s Tale. Those looking for a perhaps suspenseful, but ultimately straightforward solution to June’s plight and the horrors of Gilead will be disappointed. However, those tuning in for June’s journey itself and those of the women around her will be pleased. If season one showed the initial spark to rebellion, season two shows the cost of the daily grind, the strength it takes to wait for your moment through the monotony of daily oppression while staying ready to seize whatever small victories you can when they come. It may be a darker, less superficially empowering story, but it’s more honest, and much more compelling.