The National will host a new two-day music festival in the Big Apple this fall. Set for September 29th and 30th, it’s called The National presents: There’s No Leaving New York and will take place at Forest Hills Stadium in Queens.

The indie rockers are slated to perform, in addition to Future Islands, Jason Isbell and the 400 Unit, and Cat Power. Previous Artist of the Month Phoebe Bridgers, Bully, and US Girls are also confirmed to play.

“Our show last October at Forest Hills Stadium was one of our favorite shows in the history of the band.” National guitarist Aaron Dessner shared in a statement. “The incredible legacy of the place and the fact that it still feels intimate even given its size, we started talking immediately about finding a way to come back for multiple nights with friends. We couldn’t be happier to announce these shows in September with some of our favorite artists.”

Tickets go on sale this Friday, April 13th, at 10 a.m. ET. The National have partnered with PLUS1 to donate $1 of every ticket sold, to the Brownsville Community Culinary Center.

Priority ticket access will be given to members of the band’s newly launched fan club, Cherry Tree. The association is meant to be a “community for fans where the band can connect directly with, and give back to each of them.” Memberships begin at $50/year and, along with early ticket access, include other perks such as exclusive merchandise and collectible vinyl releases. For more info on Cherry Tree, head here.

There’s No Leaving New York is actually the second festival spearheaded by The National this year The Matt Berninger-led outfit — natives of both New York and Ohio — are also heading up their own Homecoming Festival on April 28th and 29th in Cincinnati. At Homecoming, they’re expected to perform the entirety of Boxer. The bill also features acts like The Breeders, Future Islands, Feist, and Father John Misty.

Additionally, Aaron and Bryce Dessner are curating HAVEN Festival, which takes place in Denmark this August. 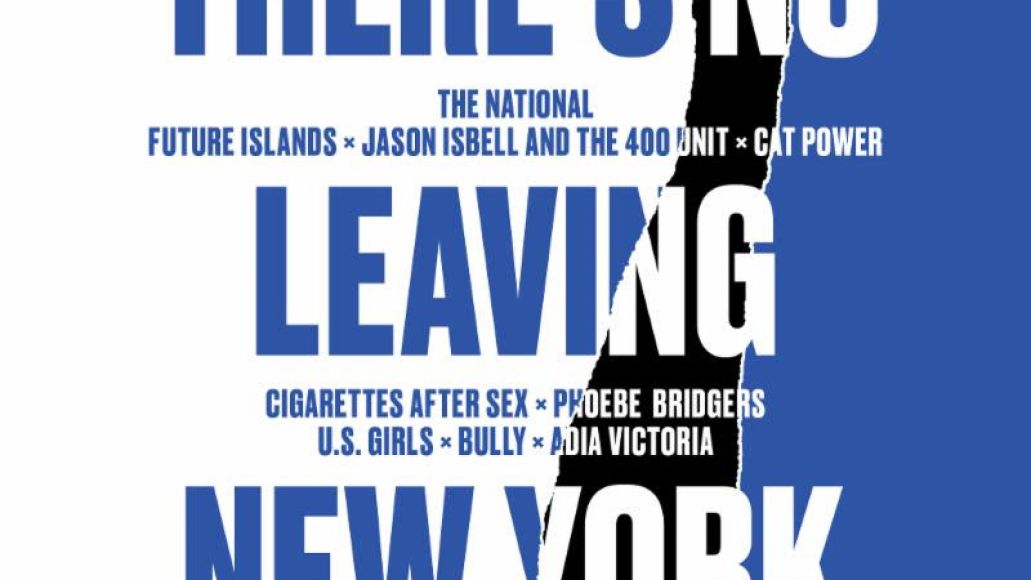