Origins is a recurring new music feature providing artists a platform to dig into the influences of their latest single.

Considering the odds, it’s understandable that some folks aren’t completely on board with the idea of chasing the rock and roll dream. Passion and even talent can only take you so far, they may argue, and this whole music business thing is such a crapshoot anyway. If you started your career playing naked parties in a Boone, North Carolina college house like The Nude Party did, the prospects may seem even more dubious. But as the garage psych sextet make clear in their new song “Chevrolet Van”, they’d rather enjoy themselves playing tunes and traveling in a van than wearing a suit and tie.

The lead single from the band’s forthcoming self-titled debut (out July 6th via New West Records), “Chevrolet Van” captures all the pleasures of performing music with your best buds in its easygoing, barroom twang. In the accompanying band-directed video, The Nude Party give a tongue-in-cheek response to anyone who would tell them to pursue any other occupation. Interspersed with scenes of the six-piece imagining slacking off in a boring office life are clips of them playing in a dusky dive. It may not be the most glamorous life, but flash forward a few decades and The Nude Party — now played by their actual fathers — are still completely content to be rocking out in the same rundown bar.

Check out the clip below.

For more on what inspired “Chevrolet Van”, The Nude Party’s Patton Magee and Connor Mikita have broken down a few of the track’s real-life Origins. Check those out below. 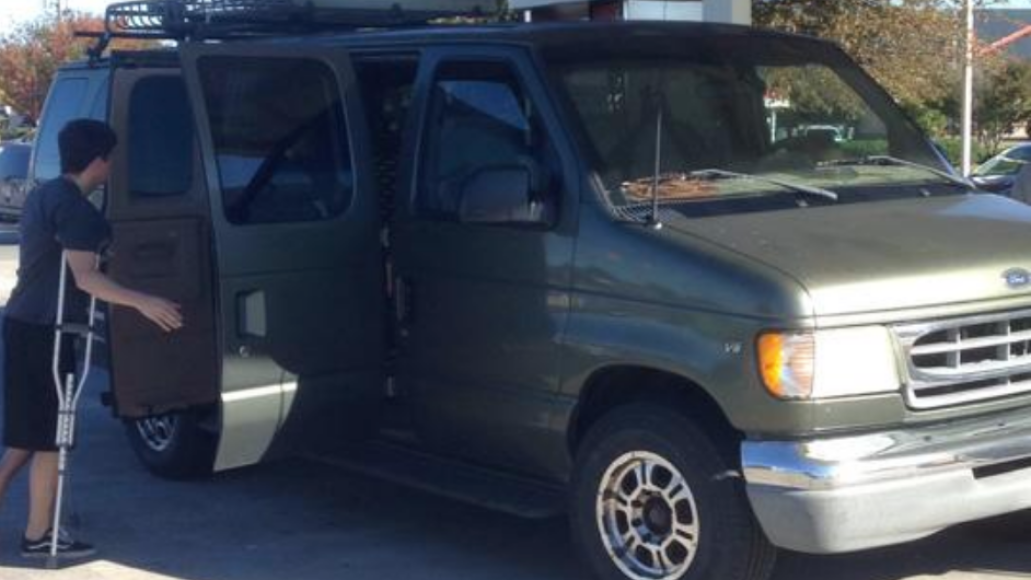 At the onset of our first big tour, we were gifted a Ford Econoline E350 Van from bassist Alec’s family. It’s a hulking Army Green 16-passenger workhorse that they used to take on family vacations. With some modifications like creating a combo bed / gear storage space, burglar-proofing the back door, and adding an external luggage box on top, we’ve made Aubustus Gibbons into a mobile headquarters. And it’s only a slight exaggeration to say that we spend half of our lives in that van.

We would’ve called the song “Ford Econoline Van” but that just doesn’t have the same ring that “Chevrolet Van” has. Maybe someday when Aubustus retires, Chevrolet will give us one of theirs in exchange for the free advertising. — Patton Magee 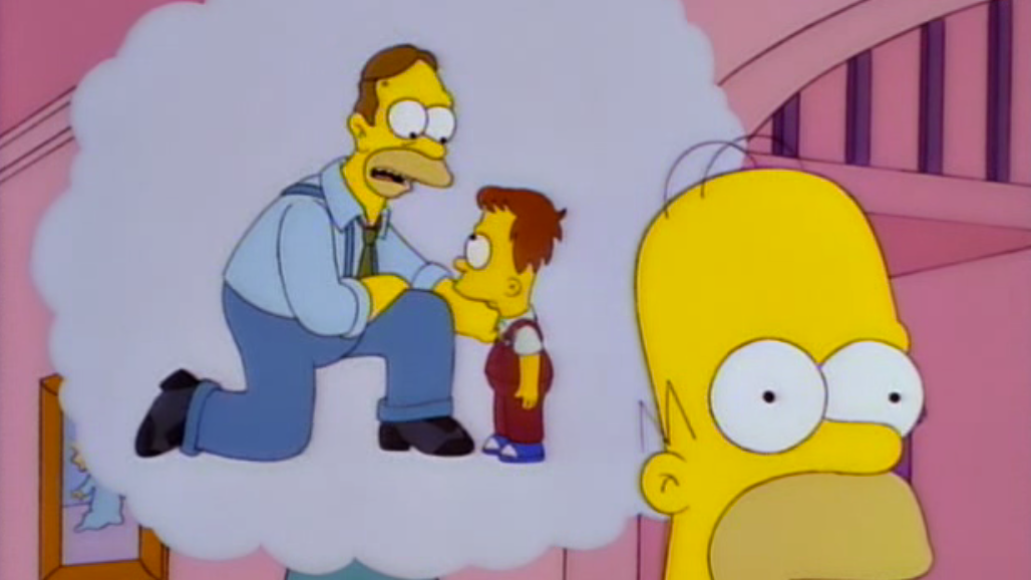 My brother spent a while in Asia backpacking around, and had loose plans to move to Korea for a while and teach English. Essentially he just wanted to go on an adventure. Upon hearing this, our grandfather sent him a letter detailing how he aught to amend his plans and start focusing on narrowing down his career options and select one to stick with forever. “You are a juncture at which I think you should be focusing on setting goals… and beginning to narrow the choices of a career… I wonder if the plan to teach English to Koreans would further your career path.”

The letter was absolutely meant in good faith, and definitely came from a place of love, but it demonstrates that rift in reality between us and the old school traditionalists. Our song is a tongue-in-cheek response to that letter. It’s a counterpoint to the idea that your life should just be constant preparation for the future. — PM 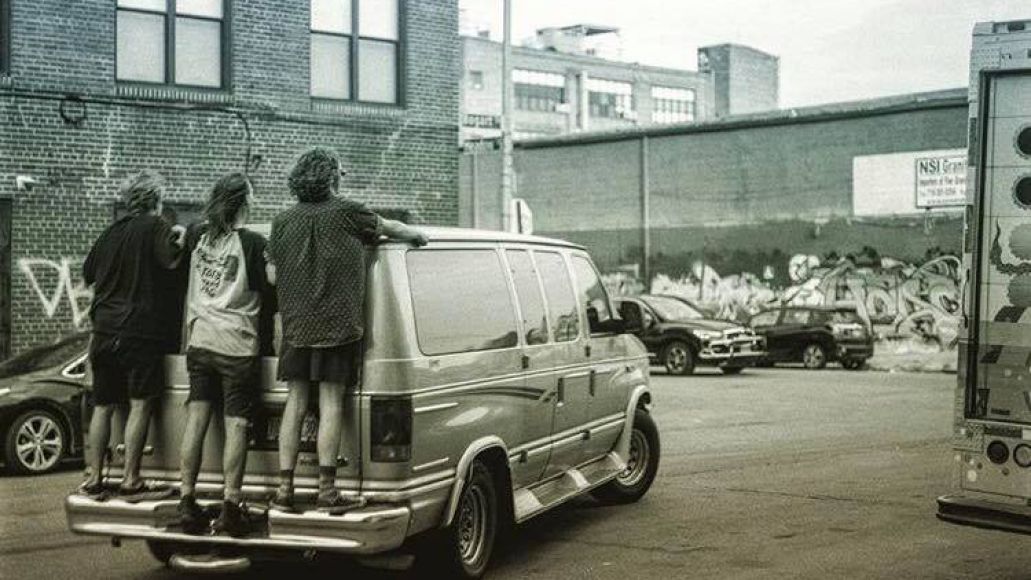 In the spring of 2016, near the beginning of our touring days, a relentless email attack paid off with an offer to open a few shows for The Growlers on their Chinese Fountain tour in Florida. Immediately we agreed to the tour understanding that we’d have to book quite a few dates through Florida ourselves to fill in the gaps around The Growlers shows. We arrived in Orlando for our first show together, and parked our trash filled, steamy air condition-less van next to The Growlers massive tour bus. The place was sold out, one of the biggest crowds we’d ever played for. People were asking for our autographs and buying tons of our merch, we felt like little celebrities.

Riding high on this wave of good fortune, we began our self-booked leg of the tour in St. Augustine at Shanghai Knobbys. Immediately we noticed something awry when the aged, flickering marquee outside the bar simply read “Patton”. Our confusion quickly faded as we realized the bar’s tragic mistake in assuming Patton’s name when signing off emails was actually our band name. As we were shrugging off this minor miscommunication, from the dark wooded edge of the parking lot appeared an ork-like man in an ankle length leather trench coat who claimed to be filling in for the normal bartender. Upon telling him that the bar was locked, he told us he didn’t have a key and quickly began breaking in to the bar through a side window and climbed in over the jukebox. The show we played ended up being double booked with an open mic night which favored us because the two other performers were the only audience members. No one else showed up.

To wash off the shame of this humbling show we decided that an inebriated midnight skinny dip in the Atlantic was in order. This went successfully, but when we returned to the spot we had left our clothes we realized someone had taken everything. Inside of these clothes were most of our wallets and cell phones which were never recovered and naturally complicated the rest of the tour. Thankfully, Patton was able to throw up on most of the inside of the van which was then steam broiled in the Florida heat.

This tale is a snippet of the memories created when living nomadically almost year round. Times like those make us wonder if good stories are worth many of the sacrifices made to chase that neon rainbow. They usually are. — Connor Mikita

Pre-orders for The Nude Party are going on here. You can also catch the band on tour with Sunflower Bean and Ron Gallo at the dates below.