Supergirl made a splashy debut when it premiered in 2015 as arguably the first female-led live action superhero property of the modern, post-Dark Knight, post-MCU era. But the series has since faded from the public consciousness a bit as it’s become yet another cog in the ever-growing “Arrowverse,” which also includes Arrow, The Flash, Legends of Tomorrow, and Black Lightning. Nevertheless, Supergirl has spent the past three years quietly delivering some of the best live-action female-centric superhero storytelling out there. It returns from hiatus this week to round out what has been a strong third season, and it’s a series that anyone hungry for more female superhero representation would be wise to check out.

Following Wonder Woman’s debut, a lot of women spoke about feeling unexpectedly moved while watching the film celebrate female strength in a non-sexualized way. And that’s the same feeling I’ve had watching Supergirl over the past three years. Both Wonder Woman and Supergirl are old-fashioned superheroes driven first and foremost by a compassionate desire to help others. But that sort of old-fashioned earnestness is itself actually pretty rare when applied to female heroes. More often than not, women in live action superhero properties are no-nonsense, morally ambiguous assassins and/or thieves with a penchant for slinky hand-to-hand combat. That’s true of the various live action iterations of Catwoman, Black Widow, Elektra, Gamora, Sara Lance, and Mystique. Jessica Jones is adjacent to that archetype, even if she lacks some of its slinkiness. And while there’s no doubt it’s a fun archetype that’s produced some fantastic characters, its over-prevalence has made me appreciative of the female superheroes who offer something different: Storm, Jean Grey, Scarlet Witch, Shuri, and—especially—Wonder Woman and Supergirl, since they’re the rare live action female superheroes who actually get to helm their own franchises.

Supergirl centers on Kara Danvers (an impossibly endearing Melissa Benoist), who was born on Krypton as Kara Zor-El. She’s the cousin of Kal-El a.k.a. Clark Kent a.k.a. Superman, and in many ways their backstories are similar. With the destruction of Krypton eminent, Kara’s parents placed her in a pod and sent her to Earth. But there’s an important twist in Kara’s backstory: While Clark was just a baby when his parents sent him away, Kara was 13 years old. She had lived a whole adolescent life on Krypton and was sent to Earth with instructions to take care of her baby cousin. But after getting knocked off course and stuck in time in the “Phantom Zone,” Kara arrived on Earth long after Clark had already grown up. Without a mission to guide her, young Kara was placed into foster care with the Danvers family and spent years trying to downplay her powers and live a normal human life. The show’s pilot opens with 24-year-old Kara finally embracing her powers, and the series charts her journey to becoming a full-fledged superhero. 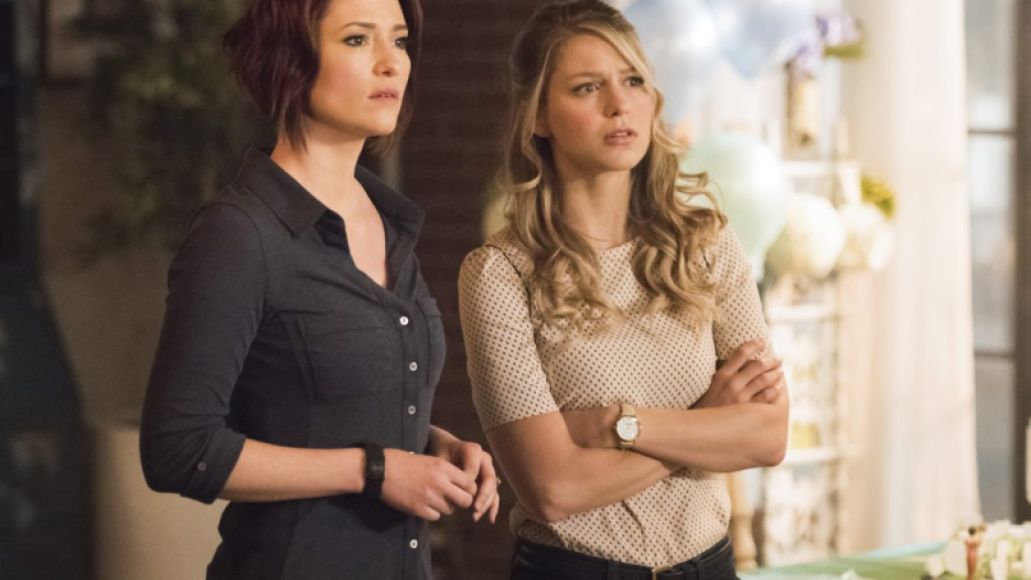 My biggest takeaway from watching and writing about Supergirl for the past three years is that Kara’s backstory is infinitely more interesting than that of her more famous cousin. While Clark can grapple with the idea of being a child of two worlds in the abstract, Kara reflects that idea in a much more literal way. It’s not just that her powers set her apart from the rest of humanity, it’s the she literally remembers an entirely different life on an alien world. When one of the show’s villains-of-the-week turns out to be an alien, there’s a good chance Kara’s heard of their planet before, or even visited it in her childhood.

But though their backstories are different, Kara—at least in the Supergirl television show—still very much represents the classic Superman ethos. Indeed, for Superman fans disappointed with the darker direction the character has taken in the DCEU films, Supergirl is the perfect anecdote. Her guiding principle is empathy. Before using her super strength or heat vision to stop a villain, she’ll always try to reach out with compassion first. Like our current live action versions of Wonder Woman and Captain America, Supergirl feels like a throwback to the idea of superheroes as exemplars of morality rather than just fun action heroes. But Supergirl also offers something few other live action superhero properties (not even Wonder Woman) do—meaningful relationships between women.

From the beginning, Supergirl has been careful to give Kara multiple important female relationships in her life. The first season put a lot of emphasis on Kara’s relationship with her boss and mentor Cat Grant (Calista Flockhart), a character who was first introduced as a one-dimensional Miranda Priestly stereotype but who grew to be one of the most compelling aspects of the show. (Flockhart left the main cast after the first season, but still makes occasional appearances in the series.) Supergirl is also anchored around Kara’s foster sister Alex Danvers (an excellent Chyler Leigh), a secret agent who fits that no-nonsense spy archetype much more so than Kara. Yet despite their different personalities, the Danvers sisters share an unbreakable bond and their sisterhood sits at the heart of the series. Following Cat Grant’s departure, Alex was given even more focus, including a really compelling coming out storyline beautifully portrayed by Leigh.

After a rockier second season that was criticized for putting too much focus on Kara’s love interest, Supergirl’s third season doubled down on its female-centric storytelling. Now it’s not uncommon to see entire episodes that focus almost exclusively on women, including Katie McGrath’s Lena Luthor (Lex’s non-evil sister). Plus the show makes a point to fill out its ranks with plenty of female villains as well. (Like Jessica Jones, however, Supergirl has had a frustrating lack of women of color in its main cast over the years, something it seems to be trying to change recently.) 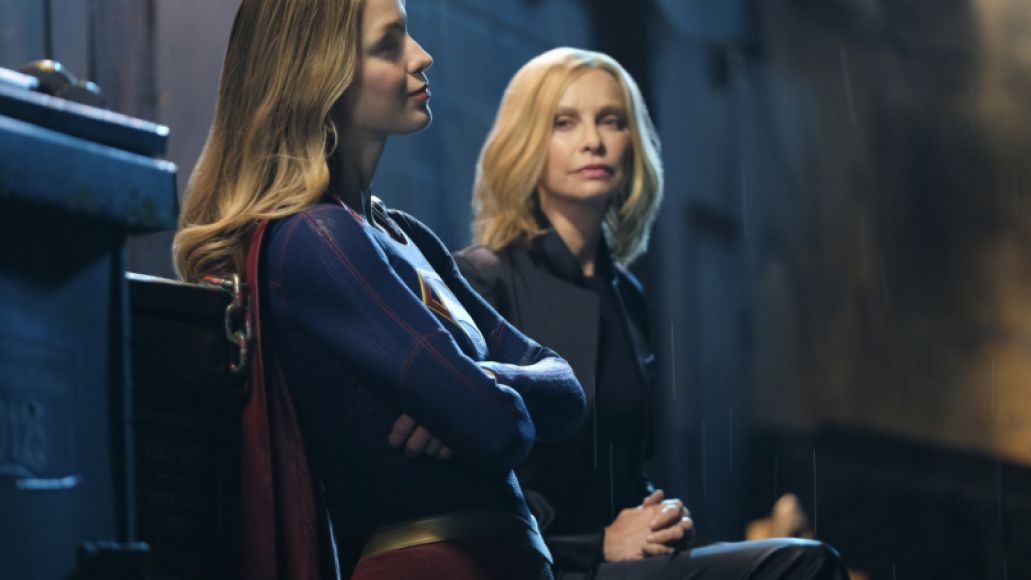 Supergirl is by no means a perfect show. It’s often plagued by clunky dialogue and inelegant storytelling choices, especially at the beginning of its first season and the middle of its second. It’s also inherently limited by the demands of being a network genre TV show, which requires producing a whole lot of episodes on a relatively low budget in a relatively short amount of time. But beneath those surface level flaws, Supergirl is also a show that’s smarter than it’s sometimes given credit for. There have been plenty of moments where the show seemed to be setting up contrived, overly familiar melodramatic storylines, only to unexpectedly resolve them with empathy instead. And Supergirl almost always has a rock solid grasp of the big picture themes it’s exploring, even when it falters on an episodic level. That includes not only the visceral pleasures of watching Kara take down misogynistic antagonists, but also the more nuanced work of demonstrating what male allyship actually looks like through characters played by David Harewood, Mehcad Brooks, and Jeremy Jordan. When Superman himself eventually shows up on the show’s second season (winningly played by Tyler Hoechlin), he immediately treats Kara as his equal, without any hacky jokes about emasculation. That in and of itself feels revolutionary.

But by far the show’s single biggest draw is Benoist, who stands shoulder to shoulder with Christopher Reeves in terms of actors perfectly suited to bringing the Supes family to life. From bumbling office assistant to fearless superhero and everything in between, there’s no facet of Kara that Benoist can’t play (she even sang in the Flash/Supergirl crossover episode!). And most importantly, she always maintains a fundamental core of humanity to her Kryptonian hero. Superhero movies and TV shows (and action movies in general) often try to avoid accusations of sexism by offering female heroes who are flawless and unflappable. But that perfectionism is its own form of bad writing. As the lead of her own series, Kara is allowed to have flaws and to learn and grow on her own path to heroism. And she’s allowed to do all that with other women around her, too. As the live action superhero genre slowly catches up to the vocal demand for more female-led stories, the Girl of Steel is there to pick up the slack.

Supergirl airs Mondays at 8/7c on The CW. The first and second seasons are currently streaming on Netflix.