Track by Track is a regularly occurring new music feature in which artists share insight about each song on their new album.

Fans of Tinashe have been eagerly anticipating her proper sophomore album, Joyride, since it was announced in late 2015. Finally, three long years later, it’s finally here. Stream the entire thing via Spotify and/or Apple Music below.

Following a series of pushbacks and delays, a large part of the project came together in summer of 2017 when Tinashe buckled down in a studio house in the Hollywood Hills. The locale served as “a creative hub” where she could solely be focused on completing the album. Tinashe collaborated with producers such as T-Minus, Hit-Boy, Stargate, and Soundz to create Joyride’s sonic palette, while also bringing Travis Scott into the fold to co-write on the title track. Featured guests include Offset (“No Drama”) and Future (“Faded Love”), as well as Ty Dolla $ign and French Montana, who both appear on the most recent single, “Me So Bad”.

Whereas its companion piece, Nightride, is a sensual and moody listen for after hours, Tinashe describes Joyride as more energetic and aggressive, with a level of escapism to it. “Thematically speaking, it’s got more attitude,” she explains. “It’s got a lot more energy just sonically speaking, as well as lyrically. It’s like a whole other side of who I am, to represent another sonic layer to the page.”

After all the ups and downs with her label, Tinashe feels proud to put out this incarnation of Joyride. “I just want people to know, at least creatively speaking, that I’m a master of my own destiny,” she says. “I’m really proud of this body of work and I’m ready to share it with everyone.”

To explain how Joyride ultimately came together, Tinashe has shared a Track by Track breakdown of the album. Check it out below.

“Keep Your Eyes On The Road (Intro)”:
I’ve always been a fan of creating sonic landscapes and kind of creating a whole atmosphere for my projects, and I’ve always integrated an intro, lots of interludes, outros — different things to paint the picture, set the scene. It’s a little ominous, it’s a little bit aggressive, which is important because I wanted the album to come and start out a little bit aggressive, to kind of slap you in the face.

“Joyride”:
I worked with Hit-Boy and Travis [Scott] on this song. We originally started recording it a couple years ago and there were some issues. We eventually lost the track, got the track back, revamped it, and now it lives on the Joyride project. It really represents the theme of Joyride, represents the entire concept of taking life as it comes and enjoying it for what it is. I felt like it was an important track for setting the tone, the theme, the mood of the entire project.

“No Drama” (feat. Offset):
I’ve been a fan of [Offset] for a while, and this summer I thought he would be perfect for the track, so we reached out to him. It’s not about any particular person. It’s just kind of a mood, how I feel, I guess to the public more than a specific person.

“He Don’t Want It”:
I started recording it in 2013. I recorded the verses and then revamped it, finished it in 2017. I guess a lot has changed personally since then, so that’s always interesting to view the song lyrically through different perspectives, having been through more experiences and different experiences. It’s pretty much a song about all the fuckboys that missed out on me!

“Ooh La La”:
I recorded it in my house this summer — I built this studio house, it has a recording studio in it and [I] pretty much worked [there] all summer. That was one of the later recorded records and it’s a feel good mood. It’s sassy, a little braggadocious, and makes you feel good.

“Me So Bad” (feat. Ty Dolla $ign and French Montana):
It was one of the rare occasions that I actually recorded the song with the feature [artist] at the same time — me and Ty were in the studio together working on a few songs and that was one that really stood out. I’ve always loved working with Ty, and I always just thought French would sound good on the song. It just made sense, so we reached out to him and he loved it. For me, it’s just a song that feels good when you listen to it. I think that’s important sometimes, that people are able to have some escapism when they are listening to music. 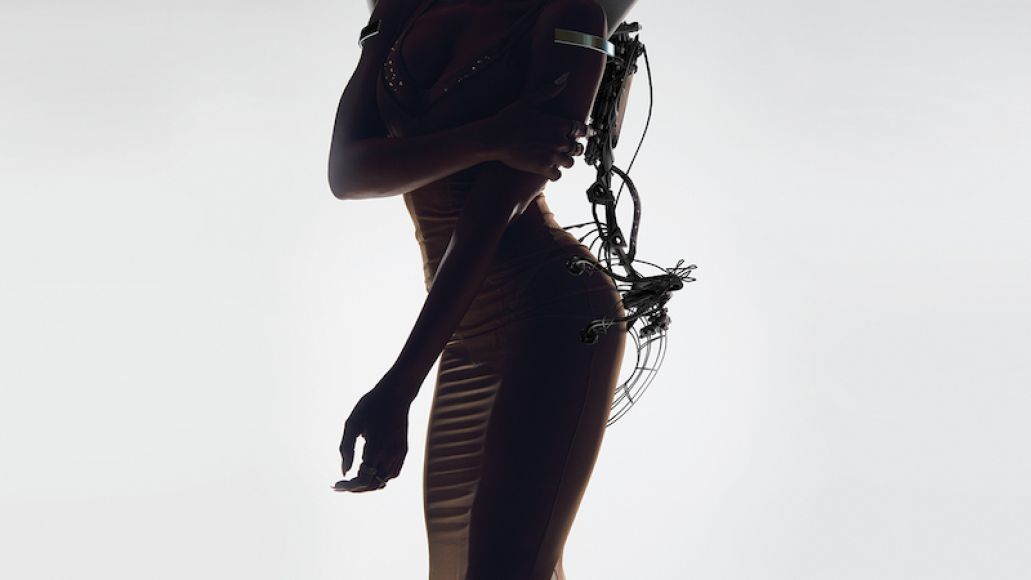 “Ain’t Good For Ya (Interlude)”:
It was originally just a full song and I just wanted to cut it down to like a minute thirty or around two minutes. I just called it an interlude so people didn’t get mad at me for this minute thirty song. It represented a mood, a vibe, an attitude that was missing from the project that was important.

“Salt”:
I recorded “Salt” in my bedroom, mixed it myself. It was just a record that always really stood out to me and was just like a vibe that was different from a lot of the other stuff that I did. I think thematically speaking, it really tells a cool story because I think we all go through you know, heartbreak or whatever, and it’s all about how you deal with it. In this particular instance, it’s about wanting someone to go easy on you instead of trying to make your life miserable. It’s something I’ve definitely been through in a breakup.

“Faded Love” (feat. Future):
I feel like it’s a great vibe in the sense that it kind of feels like my old stuff, but it also feels fresh and different. It’s got this muted feel to it, it’s really sensual and sexy. I recorded it with Stargate this summer in their Santa Monica studio and we’ve always had a lot of chemistry in the studio. I also worked with Future before and we had some really good chemistry on my first album, so I thought it would be awesome to work with him again, as well.

“No Contest”:
“No Contest” is one of the records that I’ve had for a while, kind of just didn’t have the [right] time. It’s always been a record I wanted to put out, and it never really felt right for any of my previous releases, so I’m happy that it made this project. It’s definitely one of the more R&B records, and yeah, it’s just a solid song.

“Fires & Flames”:
It kind of felt like I needed to close the project with a different thought. This song was kind of therapeutic, I guess, for me writing it to really reflect about my last relationship even though it was like, a really long time ago. I think that’s part of what the song’s really about, that it’s hard to let go of someone that you care about even if you know they’re not good for you. You know, you just really want to help people, sometimes that can’t be helped and I think that song is kind of about that.

Tinashe shares a Track by Track breakdown of her new album, Joyride: Stream