After a 12-year wait, we’re moving ever so closer to getting a new Tool album. The band has spent the last month or so holed up in the studio recording the follow-up to 2006’s 10,000 Days. While there’s still no timetable for the album’s release, it appears the band slid a small audio preview into a promo video for their upcoming music clinic tour.

For the couple of years, Tool have been playing a new song called “Descending” in concert. What appears to be either a high-quality soundboard recording or demo studio version of the song soundtracks the promo video. Check it out below.

Earlier this week, frontman Maynard James Keenan revealed that he had finished writing the lyrics and melodies to Tool’s new album. “My work is done, Keenan wrote in a since-deleted tweet. “Waiting on them to track. Then I can finish. Can’t track to music that isn’t recorded.” 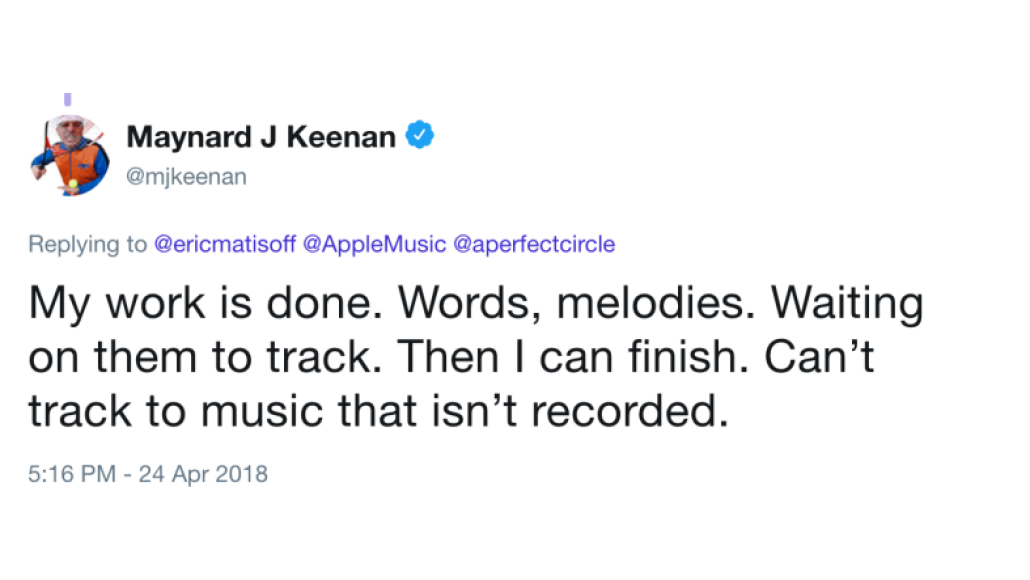