Tool had some fun with their fans for April Fool’s Days. For the second year in the row, Maynard James Keenan cracked a joke about bringing in Sammy Hagar to assist in their new album’s recording process. In another Facebook post, Tool post a screen grab of a video of the band inside the studio (as it was a screen grab, there was nothing actually to play).

It wasn’t all fun and games, however, as Tool did offer a few actual looks of the band recording their long-awaited new studio album. The band’s website shared seven in-studio photos, including images of drummer Danny Carey, guitarist Adam Jones, and bassist Justin Chancellor tracking music. 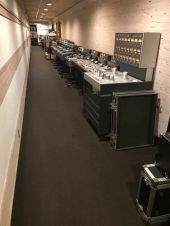 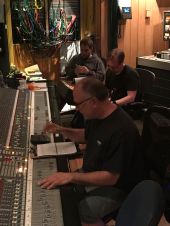 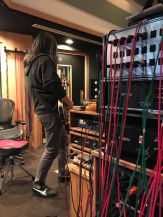 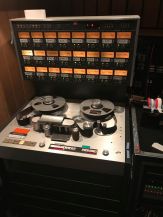 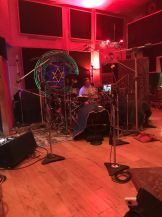 Further in-studio footage came from Jones’ own April Fool’s joke. Ok ~ Here’s a new #Tool song* Just recording the Drums w guitar & bass scratch tracks. Don’t judge the sound – it’s not mixed yet,” Jones wrote of the video posted to his Instagram page. While the *song* amounted to a single guitar riff, the video did offer a pretty extensive look at the band’s studio setup and recording process.

The as-yet-untitled LP serves as the follow-up to 2006’s 10,000 Days. It’s being recorded in analog with engineer “Evil Joe Barresi.”

Tool share new photos, video from inside the studio