Atlanta’s second season — Robbin’ Season — began with a botched robbery that set a pretty clear tone for what was to follow. Money’s tight, people are hungry, and violence is simply a means to an end.

Much of what followed was violent, if not in action then in tone and theme, but it was also routinely hilarious and relentlessly interesting. With larger arcs taking a backseat to moody, introspective personal journeys, the show was frustrating for some and refreshing for others. No matter where you landed, however, you had to talk about it.

Along with creator Donald Glover, “Teddy Perkins” was the name on everybody’s lips, but “Helen” and “The Woods” and “North of the Border” were no less dissected. Atlanta demands dissection, and Christ is it so fun to carve this thing open.

“Teddy Perkins” is terrifying, relevant, and also kinda…funny? There’s plenty to say, much of which we’ve already said on Consequence of Sound’s own TV Party podcast. Listen in to hear our thoughts.

Paperboi can sometimes feel like an immovable object, a simple, stoned soul who cherishes the cash and girls associated with fame while ignoring the maintenance required to keep it coming in. He’s indifferent to fans, continues to deal drugs, and bristles at the concept of a social media presence. He wants the life of Al and the career of Paperboi, but, as this episode demonstrates, the time has come for him to choose one.

The wild, peripatetic episode creeps through myriad modes and tones, beginning with a dreamlike vision of Al’s late mother before a hilarious date with an Instagram-obsessed girlfriend gives way to a brutal mugging and a near-fatal walk through the episode’s suffocating namesake. There’s a cosmic significance to it all, with the woods stepping in for hell and the vagrant emerging as the ferryman Charon—“Keep standing still? You’re gone, boy,” the vagrant says, a boxcutter to Al’s throat. When he exits on the other side, he takes a selfie with a fan, smiling with blood in his teeth. Whether he likes it or not, this is now his life, and “The Woods” is about the lesson that there are worse things than inauthenticity.

But the episode not only confronts Al with weight of his burgeoning fame, but also the grief of his late mother, who haunts the episode’s opening and also the spirit of that vagrant. “Boy, you is just like your mama,” he says, and watching the episode through the lens of Al’s grief—writer Stefani Robinson confirmed “The Woods” takes place on the anniversary of her death—opens up new emotional avenues and nuances to Brian Tyree Henry’s performance. Would she be proud of him? Who knows. But she would want him to live, not spiral towards death.

Another Al-centric episode, “Barbershop” isn’t weak so much as slight. In it, Al is forced to accompany his motor-mouthed barber Bibby (Robert Powell) throughout any number of side trips before finally getting his hair cut. So annoyed with the situation, Al spurns him on his next cut, only to realize that Bibby’s literally the only person who knows how he likes his hair. It’s a sweet revelation, and one that feels uniquely suited to the characters and culture of Atlanta, but has little impact outside of world building. That said, it’s a wild ride and Powell stands out as one of the best guests in a season filled with memorable turns. 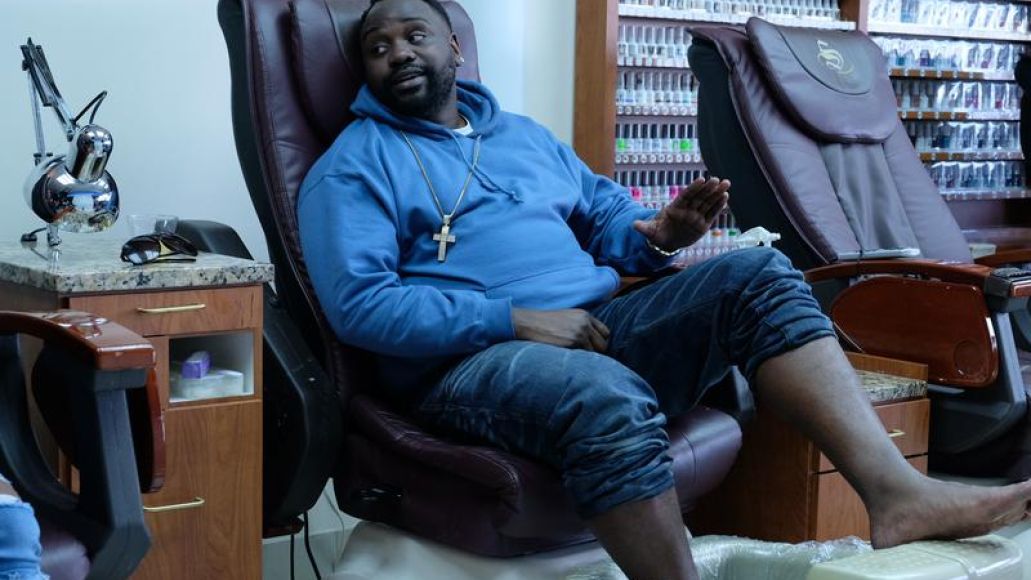 A hallmark of good TV is a solid ensemble, but ensembles don’t emerge organically. Mad Men, Deadwood, and The Wire, among numerous others, had great ensembles because they weren’t beholden to their protagonists. Atlanta operates similarly; while Glover’s Earn is considered the show’s de facto protagonist, he’s often disappeared entirely so Darius (Lakeith Stanfield), Van (Zazie Beetz), and Al can all get not just stories of their own, but stories that exist independently of Earn. And while all four of its leads have proven they can carry an episode, it’s Henry who’s emerged as the most captivating.

The hyper focus on Al in “The Woods” and “Barbershop” helps, but Henry’s prone to stealing just about any scene he’s in, which says a lot since he’s not prone to speechifying (or, onscreen, at least: rapping). Henry’s confident, lived-in performance is undoubtedly emboldened by his imposing frame, but his appeal is in the small things, the offhand utterances of “word” or his quiet terror when seeing a footprint on the ceiling of a potential hookup. Henry never projects anything, not his love, his anger, his passion, his frustrations; they all bubble beneath the surface, emerging carefully so as not to play his hand. When we’re not with him, he’s an enigma, and when we are his desires and intentions are still hard to parse. Unlike Darius and even Tracy, who thrive in transparency, Al is prone to contradiction and, as such, so brilliantly and frustratingly human.

Music is such an integral facet of Atlanta that numerous sites have taken to cataloging its various cuts, which run the gamut between Billboard hits, underground trap, and the oldies that formed the foundation of modern hip-hop. This season’s soundtrack is as fresh and vibrant as the last, and “Barbershop” even features an original score from Flying Lotus and Thundercat. It’s pretty great, but the season’s best musical cue came in its first episode, “Alligator Man.”

The premiere’s first half was riddled with references to an honest-to-god alligator that lived in Earn’s Uncle Willy’s house, a gag that would’ve landed even if we never saw the thing. Oh, but we do see it in all of its prehistoric, reptilian magnificence, and making its entrance that much more impactful is the use of the Delfonics’ gauzy, romantic “Hey Love”. It’s hilarious enough on its own, but then the perspective shifts and the volume drops as the alligator stumbles into the bushes, where it rests like a total goon. And, just like that, what was magnificent becomes a punchline, a sentiment that fits squarely into the world of Atlanta. 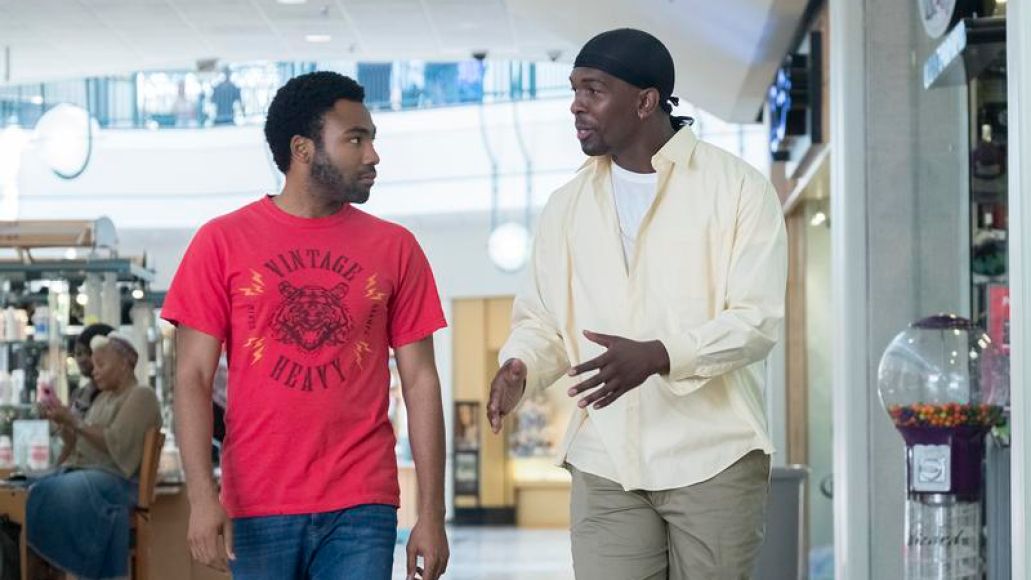 Nobody was asking for another member of Al, Darius, and Earn’s crew, but we got one this season with Tracy (Khris Davis), a loud, obscene ex-con that scoops up the bed in Al’s house that could otherwise have gone to Earn. In a season that got as dark as it did, Tracy served as a welcome source of over-the-top absurdity, as well as a proper foil to Earn’s “professionalism.” For Earn, Tracy is a clown who’s there to mooch off Al. But, for Al, Tracy is someone who makes him laugh, someone who doesn’t take themselves too seriously. Other shows would’ve allowed Tracy to function primarily as that, but “North of the Border” gave him some shape when he’s forced to pummel Earn after the kid challenges him to a fight. It’s easy to feel as bad for Tracy in the scene as Earn; he doesn’t want to do it, and Earn’s literally asking for it. Tracy just wants to have fun, and this violent, unstable world needs him as much as it does the rest of us. 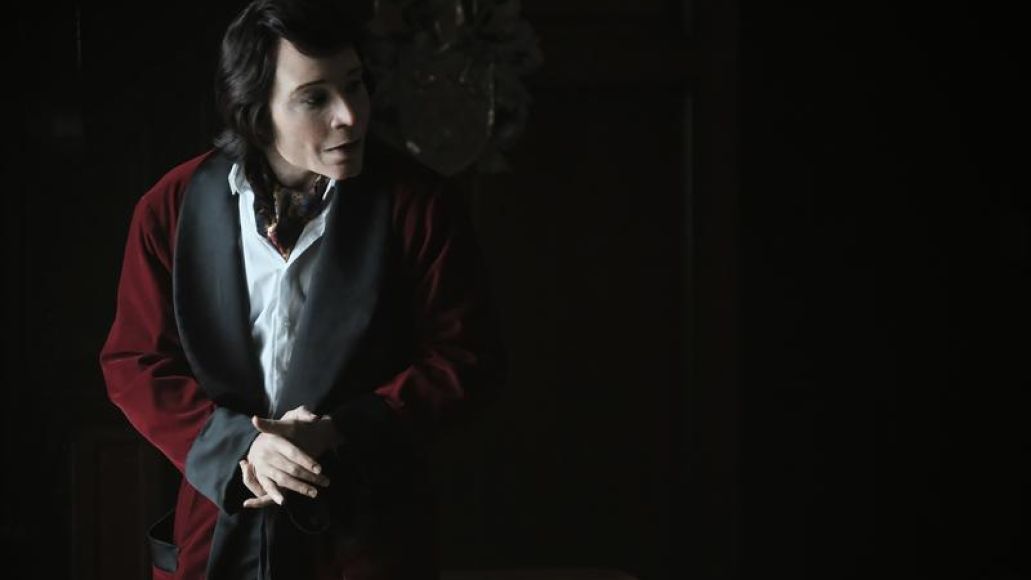 Atlanta’s second season dove headfirst into horror this season, culling unease and anxiety from creepy German festivals, foreboding woods, and, of course, a fading aristocrat with dyed white skin. As I wrote above, “The Woods” has no shortage of freaky moments, from Al’s violent beatdown to the vagrant’s boxcutter (which, in a Lynchian touch, he eerily holds against air while telling Al to run), but “Teddy Perkins” takes the cake in terms of sheer creepiness.

There’s no shortage of moments to choose from: Teddy’s ostrich egg repulses; his house’s cavernous, maze-like construction disorients; and his Glover’s high-pitched vocal affect unsettles. But, to pinpoint a single scene, it’s Teddy’s face when Darius stumbles upon him watching old movies via projector that won’t leave my mind. Maybe it’s the sun shining on his unnaturally white face through the window, or maybe it’s the fact that he never blinks, but the utter absence of presence in that expression is pure nightmare fuel. 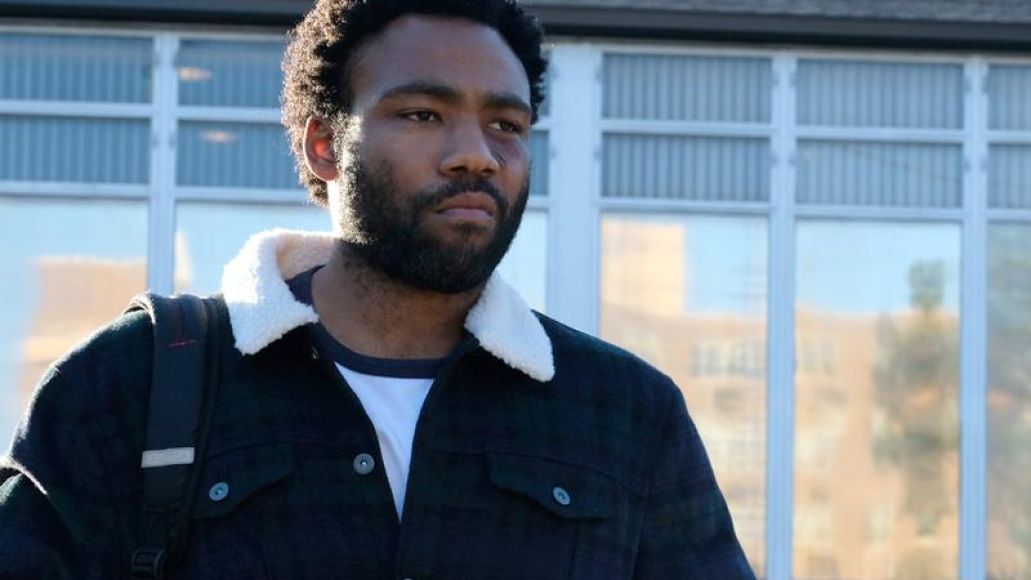 “Robbin’ season. Christmas approaches, and everybody gotta eat.” So says Darius in the season’s premiere, which should’ve prepared for us for Earn’s hail mary in “Crabs In a Barrel.” After realizing at the airport security gate that the golden gun given to him by Uncle Willy is in his bag, Earn swaps it into that Clark County, with whom they’re about to go on tour. Clark’s manager, Lucas, takes the fall, but Earn clarifies that he put it in Clark’s bag, indicating that he wasn’t just in this for himself, but that he sought to frame Clark and secure Al the headlining slot on the tour. He’ll do dirty if it means Al won’t abandon him; Atlanta is different than Princeton, and Earn’s starting to realize that. Everybody’s gotta eat.

It’s a perfect ending that opens the door to any number of routes for the show’s third season, but it was also a solid episode all round, having cultivated an engine of anxiety—traffic, meetings, kids, moving, passports, airports—that gave the episode an intense urgency. But that anxiety also did well to emphasize Earn’s desperation, because his anxiety wasn’t mirrored by any of his cohorts, all of whom were content to amble along as if boxes move themselves and planes wait for every passenger. What really distinguished it, however, were the small moments, the glimpses of Earn at his most genuine—he and Lottie are adorable together, and if he’d get his shit together he’d be a great father. But, in Atlanta, being a great father isn’t enough. Money matters, and Earn may now have figured out how to make some. 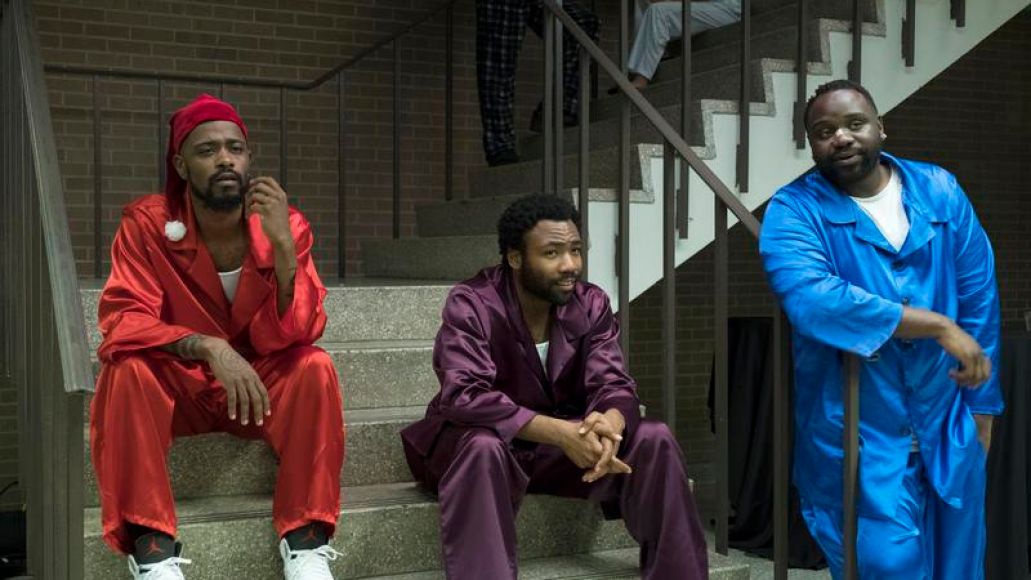 Atlanta’s first season defied its premise, choosing not to cling to the threads of its pilot—the rise of Paperboi, the fallout of the murder, Earn’s need for cash—but rather to use them as jumping off points for a larger exploration of character, culture, and hustle. Season 2 took that concept even further, with Glover and his team adopting a semi-anthologized format that found them experimenting with genre and structure. Some episodes evoked horror, others classic thrillers, and others still the coming of age movies of the ‘80s and ‘90s. Atlanta isn’t about anything so much as it’s about everything, and this fluid structure reflects that.

With this approach, Atlanta has also freed itself from the strictures that come to undo so many shows. Too often, a series will come to outgrow the idea, character, or story that it was built upon, but find itself with nowhere else to go. From the very outset, Atlanta was prepared to grow into itself, to wait and see the kind of show it would become. As such, storylines are allowed to breathe, characters can spend time apart, and themes build upon each other rather than repeat themselves. And it continues to grow. And it will continue to grow. And what else could you ask for from an ongoing series?