Track by Track is a recurring new music feature in which we ask an artist to break down the story behind each song on their latest record.

It’s easy to associate modern rap with mansions, fast cars, and fat stacks, but there’s always been a spot in hip-hop for the working-class rapper. Chris Orrick, the Michigan MC formerly known as Red Pill, spent years working in a factory and even today works part-time in wholesale food distribution as he pens searing, vulnerable rhymes about modern industry, small-town struggle, and addiction. His latest full-length, Portraits, drops this Friday via Mello Music Group, but you can stream it ahead of its release date courtesy of Consequence of Sound.

“Portraits for me is about creating songs that are simple on the surface, but represent deeper themes about society, politics, love and introspection,” Orrick tells Consequence of Sound. “I wanted to come back to what I think I’m best at: writing simple, personal and emotive songs over dusty beats.”

Those beats come via producers like Nolan the Ninja, L’Orange, Exile, Apollo Brown, and Onra, who accompany guests Fashawn and Verbal Kent. It’s impossible, however, to overlook Orrick’s fierce lyricism, which oscillates between personal glimpses at the rapper’s own anger and depression, fiery political screeds, and character sketches of troubled yet relatable Midwest denizens. There’s even a love song, “Lazy Buddies”, as well as an honest, heartfelt ode to Orrick’s late mother.

“I tried to strip everything down to what I think I’m best at: simple, concise portraits of who I am,” Orrick elaborates. “Whether that be finding myself through self-portraits, portraits of everyday workers, portraits of the current political moment, or portraits of myself told through the eyes of people I encounter daily.”

Pre-order Portraits here, and stream the album in full below:

For further insight into how Portraits came together, Orrick has broken down the album track by Track. Check out what he had to say below.

“Self-Portrait”:
When I got the beat from Nolan the Ninja, I knew it had the vibe of an intro. The spacey dustiness, the way the keys set the scene and the drums come in all had this introspective tone to it. I think one of the hardest things about being an artist is depicting yourself and having a true self-awareness of who you are and how you’re perceived. The song tries to dig into that, the man in the mirror, looking inward. We’re all hyper aware of our flaws and the worst flaw can be focusing on the parts of yourself you hate. I really wanted this song to set the listener up thematically and tonally.

“Stories”:
Breaking down a song about some things not really needing an explanation is kind of perfect irony. I like how the piano on this track lets you zone out, in a good way. There’s no secret to this one, I really like grocery shopping on Sunday mornings. It’s quiet, before the rush, no one in the way. It’s relaxing. If there’s anything I didn’t say in the song, it’s that if I’m up early enough on a Sunday to grocery shop, I didn’t drink too much the night before so maybe that’s a positive.

“Design Flaw”:
One of my favorite people to work with is L’Orange. His production tends to match my writing and voice really well. Design Flaw is about having vices, having your own problems and knowing as much as you have a choice in your decisions and behaviors, it’s possible you’re just who you are and you’re probably never going to fully escape that. Self-Help book writers are probably screaming at their phone screens reading that, but I think some of us are just wired fucked up. Some of us manage our mis-wiring better than others, some of us don’t.

“The Rubric” (feat. Verbal Kent):
For those unaware, I’m also in a group called Ugly Heroes with Detroit producer Apollo Brown and Chicago emcee Verbal Kent. This track just really called for Verbal’s voice. Society sets us up to be stuck in whatever role we’re born into. A lot of people talk about upward mobility; it basically doesn’t exist. People place a lot of their self-worth in certain definitions of success, or certain lifestyles that won’t necessarily make them happy. We all have to play the game, but at least doing it in a way that doesn’t sacrifice your own integrity or who you are, that’s a huge part of happiness.

“Lazy Buddies”:
I’ve been with my girlfriend for thirteen years, since high school. I get mixed reactions when I tell people that, but mostly good. Last year we finally got our first cat together, Pistachio. And we’re the Lazy Buddies. I think I’m really bad at writing about love, but I try to because my story is totally incomplete without my girlfriend and we’ve had a lot of fun raising a little kitten. Don’t follow me on Instagram if you’re annoyed by cat pictures.

“Escape Plan”:
This track is probably the best example of a song potentially needing a breakdown. “Escape Plan” is about a person who has just gotten out of a long-term prison sentence. He’s kind of nervous, because he’s gotten so used to being in prison he doesn’t really know what it’s going to be like once he’s out. He had gotten used to the structure, to the lifestyle inside that no matter how bad it was, it had become comfortable and normal. I think this feeling is somewhat similar for people who deal with mental illness and/or substance abuse. When you’re getting clean or getting help, there’s still a feeling of safety and comfort in your life before, no matter how bad it really was. 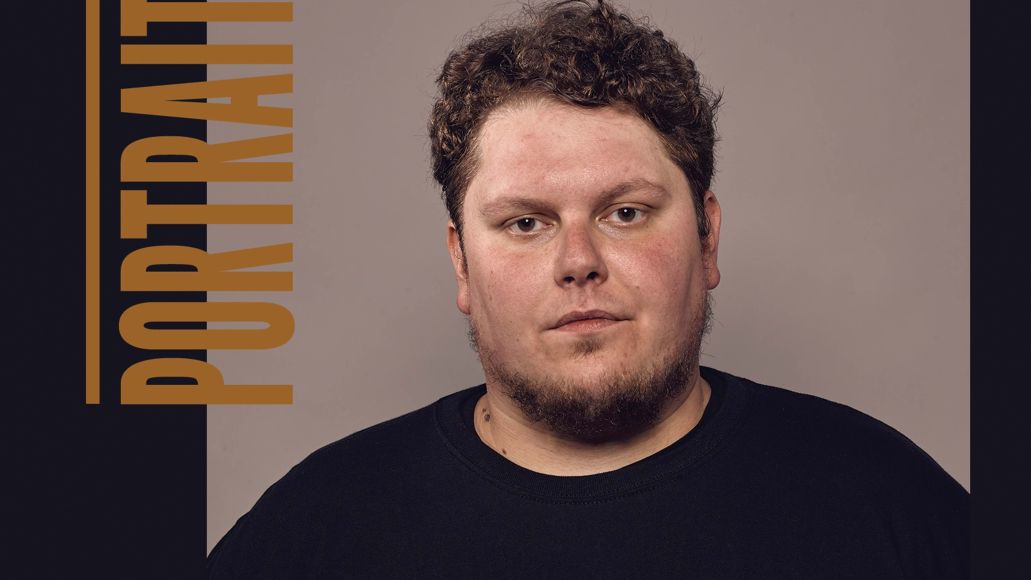 “Anywhere Instead”:
I write a lot about the mundane drag of everyday life. This is another one of those songs. About waking up hungover, depressed, having no energy to even get out of bed. About going to your doctor’s office and the lobby is covered in pictures of him in Iron Man Competitions while he’s about to shock you and tell you’re overweight as if you don’t own any mirrors. About thinking about killing yourself by using the exhaust fumes of your car, only to find out Obama-era regulations made the fumes too clean to really take you out. The usual things everyday Americans think about.

“Bottom Feeders” (feat. Fashawn):
I really fucking hate the conservative notion propagated by Ayn Rand and her disciples in the United States Congress that it is the rich, the capitalists, the leaders of the world who have shouldered the “burden” of supplying the entire world with jobs. Their crybaby approach that THEY are the ones who have worked so desperately hard for the common man and have out of the goodness of their hearts lifted the common man out of his previous misery into a new and wonderful, vicious rat race that we should be thankful and shower them with billions in tax cuts for our $10/hr job at an axle plant. So I wrote about that in so many words and had one of my personal favorite rappers, Fashawn, help me out.

“Barfly”:
I had recently visited some friends from high school who I consider brothers. We ate some mushrooms and I immediately regretted it. Sometimes mushrooms are fun and sometimes they take over your soul and remind you of how life sucks and you’re sitting in a basement you used to get high in, in high school, over ten years ago and not much has changed. Other than marriages (some good, some bad), your newly prescribed blood pressure medication, and most of any of the youthful idealism has been drained from your body. Now you’re thirty and you drink too much and write about that in song form to make a very modest living.

“Jealous of the Sun”:
There isn’t a lot to say about this one. If you’re (still/ever was) a Trump supporter you’re not going to like this song and it’s gonna make you really triggered. Or you’ll laugh it off and tell me to stop being either a pussy or a snowflake, bro. But I’m very concerned about the retreat of democracy and its institutions, the anti-intellectualism and all around shittiness not only here but around the globe (mostly here). It’s as if humanity saw the Sun burning and raging with nuclear fusion and said, “Hold my beer.”

“Mom”:
My Mom passed away 11 years ago after a long struggle with alcoholism and the older I get, the more dealing with it becomes different. I used to be angry at points. I never really blamed her, but it was hard to understand her choices. As I’m getting older, I’m just really more sad about what she’s missing out on as far as watching her kids grow up, growing old with my Dad; just the things she won’t get to experience and therefore I won’t get to experience with my Mom.

‘What Happens Next?”:
In trying to tie in the idea of portraits, I wanted to write a song about myself through the lens of other people. The first verse is through the eyes of a liquor store clerk. The second is through the eyes of a guy I see all the time at my part-time day job. I do wholesale food distribution to Coney Island Restaurants (Detroit’s version of a greasy spoon) all over the city. It’s a weird juxtaposition of being an artist signed to one of the premier indie hip-hop labels in the country, while also working part-time for my Dad delivering boxes of eggs and bacon. And it’s also kind of this part of getting older and wondering, if this music thing doesn’t work out in a big way soon, what happens next? I’m in my mid thirties and haven’t had a real job since I was 25? What happens after all of this?