Already photographer David Leyes, who took picture, came out and said it was Drake’s idea to be in black face. In a new Instagram post, Drake acknowledged as much while insinuating that any outrage was unwarranted, as the photograph was meant to shine a light on systemic racism within the entertainment industry.

Drake said the picture is from 2007, during a time when he was still an actor (not sure why that matters), and came from a project he worked on “that was about young black actors struggling to get roles, being stereotyped and type cast.”

He added, “The photos represented how African Americans were wrongly portrayed in entertainment… This was to highlight and raise our frustrations with not always getting a fair chance in the industry and to make a point that the struggle for black actors had not changed much.”

Just for context, at the time of the photograph Drake had a starring role on the teen sitcom Degrassi, playing the character Jimmy Brooks, a basketball star who became physically disabled from the waist down after he was shot by a classmate. Drake benefited from the exposure of Degrassi as he launched his music career, later leaving the show to pursue the craft on a full-time basis. 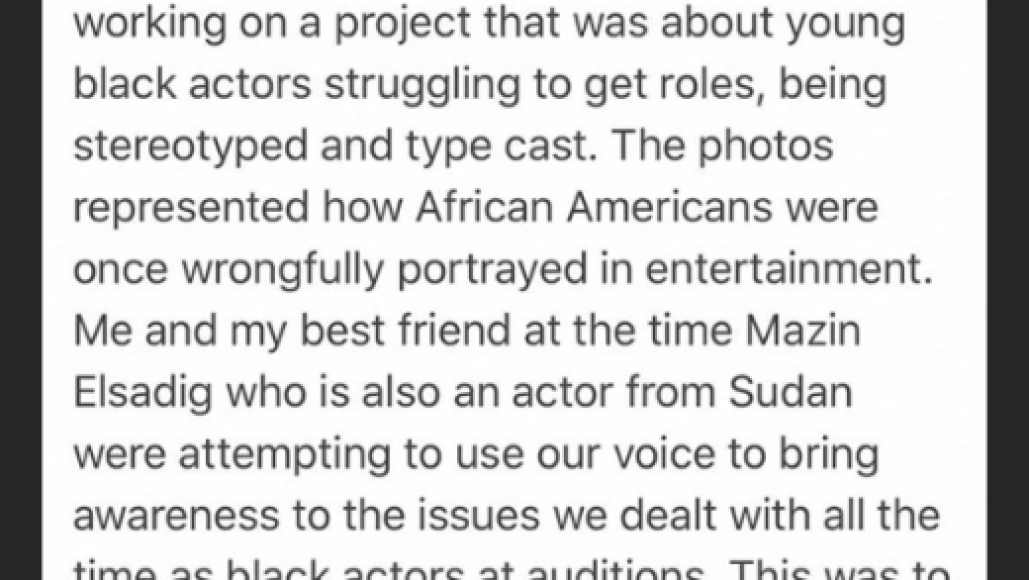 From the Basement Relaunches with IDLES, Warpaint, Nilüfer Yanya, and More: Watch

Drake explains why he was willingly photographed in black face