Paul Schrader‘s star will always shine bright, but there’s no doubt that it’s a touch dimmer than it was in the ’70s, when his screenplay for Taxi Driver defined a generation and the 1978 crime thriller Blue Collar established his directorial bonafides. His 21st century output has been more or less forgettable, reaching its nadir with the famously troubled erotic drama The Canyons before fading into near-irrelevance with a pair of forgettable Nicolas Cage thrillers. It’s both surprising and deeply satisfying, then, that First Reformed, a heady, rage-filled potboiler about self-destruction and the perils of activism, feels fresher and more urgent than anything he’s put out this century.

A somber, quietly unhinged Ethan Hawke stars as Reverend Toller, an ex-military chaplain who now shepherds the film’s namesake, a historic, 250-year-old church with a dwindling flock. More of a tour guide than a preacher, Toller spends his evenings drinking himself into oblivion while scribbling weary pontifications on faith and forgiveness into a journal. When devout 20-something Mary (Amanda Seyfried) asks Toller to counsel her depressed husband, Michael (Philip Ettinger), an environmental activist with radical tendencies, Toller finds himself enraptured — not by Michael’s mission, so much as his passion. Toller isn’t disillusioned with God so much as he is the church’s seeming complicity in the world’s injustices; to visiting schoolchildren, he speaks of First Reformed’s role in the Underground Railroad with reverence, pining for a time when religious leaders actually stood for something. As First Reformed’s mother mission, a megachurch overseen by Reverend Jeffers (Cedric the Entertainer), plans a ceremony for its 250th anniversary celebration, Toller begins losing himself in the idea of radical revolution.

Schrader mostly avoids the heavy-handedness inherent in such a plot by framing Toller’s revolutionary awakening through the lens of his instability. Toller’s never quite been able to recover from his son’s death at war — a war he cites as having “no moral justification” — nor from the collapse of his marriage in the tragedy’s wake, and the recklessness with which he cares for both himself and the few souls in his inner circle makes his lack of heart clear. This is someone who, through a complicated mix of guilt, loneliness, and lack of direction, feels without a purpose. It’s easy to trace the desperate search for spiritual purpose back to the Calvinist principles upon which Schrader was raised, as well as to modern arguments regarding the burden of activism weighing on the individual in eras of injustice. In First Reformed, depression arises from one’s lack of impact, whether that be through inactivity or a lack of tangible results.

Though First Reformed opens quietly, with long sequences of theological conversation and workaday calm, Schrader eventually begins mirroring Toller’s fractured nature with sequences that either break entirely from reality or, as in the whirlwind final moments, strain the boundaries of plausibility in favor of brute symbolism. Like Toller’s drift into radicalism, these moments are undoubtedly effective, even if they never quite feel completely earned. At times, it’s impossible not to see Schrader’s hand guiding the characters — Toller’s amorphous relationship with Seyfried’s Mary, for example, never quite crystallizes — and it’s tempting to feel that, by film’s end, Toller has become more symbol than man.

But Hawke is too committed for Toller’s humanity to not shine through. It’s a layered, transformative performance, his gritting, introverted Toller bearing no traces of the rambling, loose-limbed Hawke of Richard Linklater’s canon. Even as the film lurches toward its visceral conclusion, Hawke keeps the character grounded, that inner maelstrom of rage emerging more through action than emotion. First Reformed provides a gripping examination into the tension between the two, as well as an investigation into the deeply human sense of despair that can fuel acts of violent revolution. Finding a purpose is one thing; how we manifest it is another entirely. 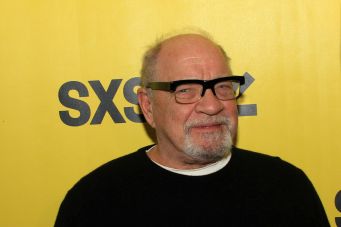 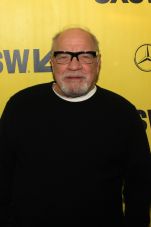 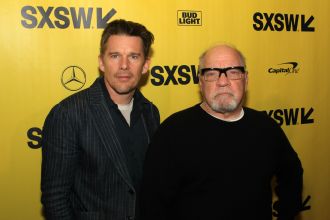 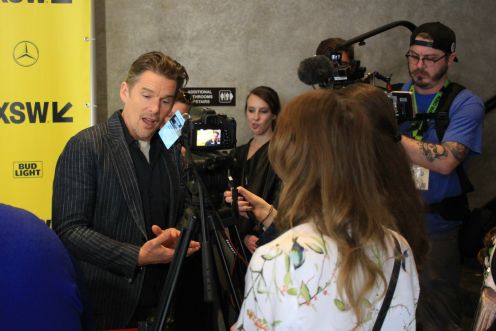