With the dust from Avengers: Infinity War’s box office-shattering debut still settling, Marvel has unveiled a new trailer for its next superhero adventure. Ant-Man and The Wasp flies into theaters on July 6th, and latest preview shows these two tiny heroes aren’t smalltime.

Over a heavy remix of “It Takes Two”, the trailer shows just how innovative director Peyton Reed and his filmmaking crew have gotten with the heroes’ size-altering technology. Everything from salt shakers to cars get shrunk and expanded as Scott Lang/Ant-Man (Paul Rudd) and Hope van Dyne/the Wasp (Evangeline Lilly) take on swarms of bad guys. And even though she’s new to the crimefighting game, Wasp makes sure she plays second fiddle to no one.

We’re also given a quick rundown of the plot courtesy of Michael Peña’s Luis. It seems Dr. Hank Pym (Michael Douglas) has found a way to access the Quantum Realm teased in Ant-Man and harness its energy. But when the tech gets stolen by a villain with the power to walk through solid objects (Hannah John-Kamen’s Ghost), Ant-Man and the Wasp have to learn to work together to stop her from world domination.

You can also check out the film’s dynamic new poster, which gives us our first look at Pfeiffer as the original Wasp, below. 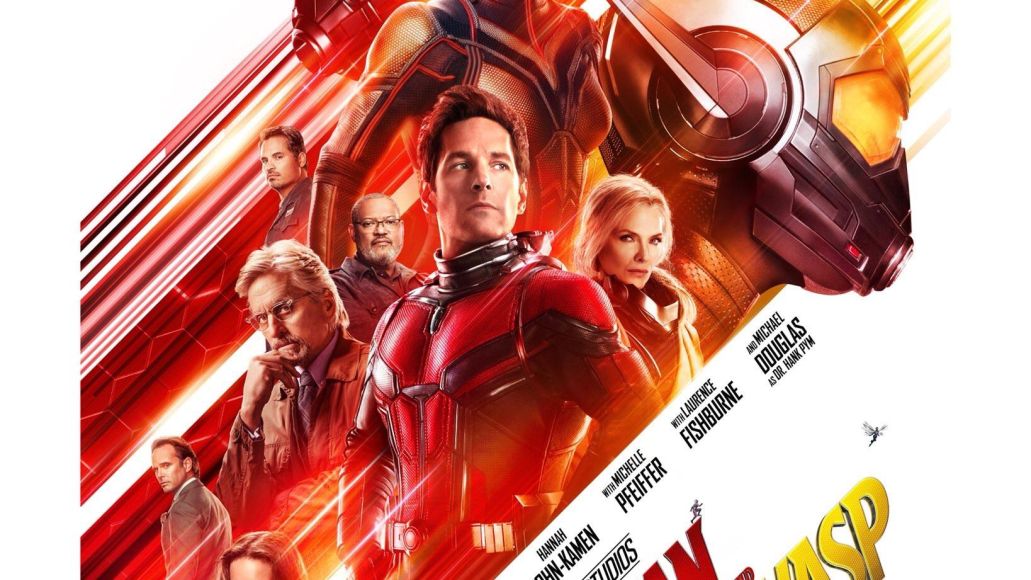 It takes two in new Ant-Man and The Wasp trailer: Watch