Our new music feature Track by Track finds artists digging deep into the origins of each song on their freshest record.

Matt and Kim are back with their sixth full-length, Almost Everyday. Stream the album below via Apple Music or Spotify.

Almost Everyday follows 2015’s New Glow and the duo’s surprise 2016 EP, We Were the Weirdos. It also comes after one of the most depressing years in Matt Johnson and Kim Schifinos’ lives, as they were forced to take a full year off touring after Kim tore her ACL during a show in Mexico early last year. The high-energy pair weren’t used to so much time away from the stage, and the fact that they were forced to stay home during such a turbulent year only heightened their unease. They began writing the new record exactly one month after Kim’s knee surgery, channeling all that idle energy into creating their most personal record to date.

“I’m proud of how personal and honest the album feels to me,” Matt tells Consequence of Sound. “I’m bias, but I think it’s some of the best work of our life.”

Helping Matt and Kim pull themselves from the darkness of 2017 to create this candid effort are a number of their close musical friends. Lead single “Forever” features guest vocals from Mark Hoppus of Blink-182 and SWMRS, as well as production help from Flosstradamus. Flosstradamus also guests on “Like I Used to Be” with Night Riots’ Travis Hawley, who later shows up on “Glad I Tried” alongside Santigold and Kevin Ray of Walk the Moon. Other guests include Kevin Morby, Dave Monks of Tokyo Police Club, King Tuff, and Clairo.

Listen to the whole thing below.

For more insight on Almost Everyday, Matt himself has broken down the entire thing Track by Track.

“Intro”:
Bizarrely I feel like this is one of my favorite bits of music we’ve made. Something about it that just feels so important to me. It was originally used for one of our Vlog episodes, “WHAT HAPPENED TO KIM PART 1”, which was about Kim’s on stage injury in Mexico. I really pushed to have it be the first song on Almost Everyday to set a tone and show this album will be a little different from the rest of our albums.

“Forever”:
“Don’t want to live forever if things stay like this.” Last year was a rough year. Just with everything happening in the world and Kim’s recovery. But I don’t think that chorus is meant to sound hopeless… I think the verses are about pulling together and overcoming all the bullshit.

“Like I Used to Be”:
As you grow as a band you have more and more people who depend on you and you start feeling more pressure about tickets sales, album streams, good reviews etc. This song is thinking back to when we started and pretty much nothing seemed to matter, the freedom in that. About continuing to recognize that as long as we’re playing shows and writing songs… We’re happy.

“I’d Rather”:
This brings up a theme that I didn’t realize how predominant it would be on this album… Mortality and loving what you have before it’s gone. “I’d rather be standing on the grass than lying under it.” I think this came up often after being forced to take a year off because of Kim’s injury. In a It’s A Wonderful Life kinda way I saw what things would be like if we didn’t get to tour anymore. I’ve been on the road pretty much my entire adult life and I couldn’t handle if it was over.

“Happy If You’re Happy”:
Kim’s an upbeat person. Like that smile she always has on stage, that’s who she is. She’s also a super active person, and having the injury slow her down was really hard on her. It was terrible seeing her depressed, and I wrote this about the fact that there is no way I could be happy, if she’s not happy.

“On My Own”:
A shout out to everyone who helped us along the way. The people behind the scenes like our manager Kevin, and really about everyone who has come to shows and helped spread the word of Matt and Kim.

“All in My Head”:
Ok I guess this isn’t TOTALLY an instrumental song because it does have the words “ALL IN MY HEAD” in it, but it is a MOSTLY instrumental song and our first one since the song “Cinders” on our album Grand almost 10 years ago. It was something we wanted to do in making this album an ALBUM where not every song is meant to be a “single.”

“Youngest I Will Be”:
Possibly my favorite song on the record. I love the simplicity of it and having me and Kim’s voices singing it together. It also came from a statement that I’m not sure where I heard, but I had been saying it on stage for awhile: That in this moment, this second, is the youngest you will ever be for the rest of your life, be excited about NOW. 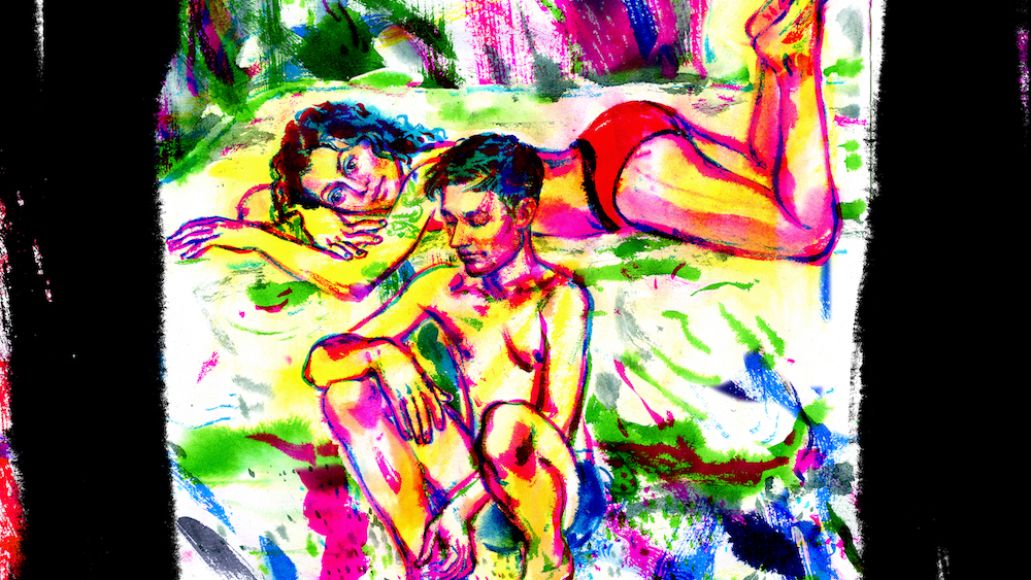 “Glad I Tried”:
I’ll keep this simple… When all is said and done and I think about on all the successes and failures, good ideas and mistakes I’ve had in my life… I’ll just be glad I tried my best.

“Where Do We Go From Here?”
Is it ok if I don’t go into this one? I kinda want it to mean a couple different things to different people. It means something specific to us but i don’t want that to be all it means.