Over the years, Nicki Minaj has been romantically involved with a number of high-profile rappers, including Drake, Meek Mill, and Nas. Now, she’s apparently fallen for Eminem — or, so her recent lyrics would have us to believe.

As Billboard points out, several of Minaj’s recent lyrics have alluded to a relationship with Slim Shady. “I’m still fly, just bagged a white guy,” she raps on “Barbie Tingz”. She gets even more specific on her new collaboration with YG, “Big Bank”, which hears her spit, “Told them I met Slim Shady, bag the Em/ Once he go black, he’ll be back again.”

In response to the lyrics, a fan on Instagram asked Minaj if she was dating Eminem, to which Minaj simply replied, “yes.” 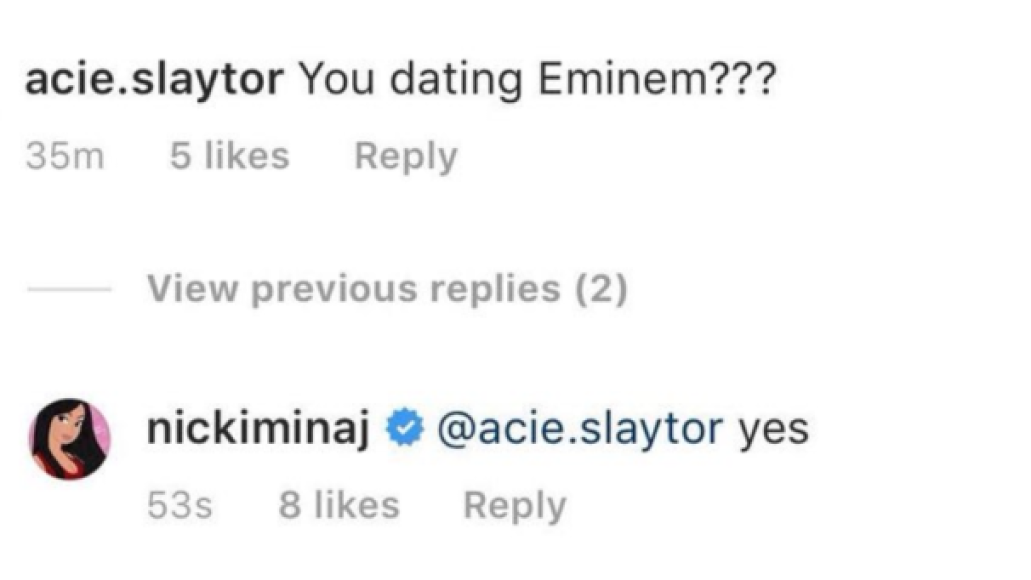 Representatives for neither artists have commented on the alleged relationship, and it’s entirely possible that Minaj is merely trolling her fans. Or, perhaps it’s a publicity stunt for her new album? More as we have it.

Minaj and Eminem previously collaborated on “Roman’s Revenge”, which you can revisit below.