Origins is a recurring new music feature in which a band explores the various inspirations behind their latest track.

Sons of an Illustrious Father are aware of how hard it is to maintain a sound definition of self in the modern age. If we aren’t being washed out in a sea of cyber connections, we’re being squashed under one sociopolitical trauma or another. In order to fight back the tide, the New York trio — Josh Aubin, Lilah Larson, and Ezra Miller (yes, the Ezra Miller you know as The Flash or Credence Barebone) — have embraced an undefinable sound they call “genre queer.” By not adhering to any particular rules of genre, they create free of self-categorization, a mode by which they can also navigate the more painful realities of present day.

Which brings them to their latest album, Deus Sex Machina; or, Moving Slowly Beyond Nikola Tesla. The record finds the trio embracing electronics for the first time, allowing “the machine” to do its work but enacting control over its mechanisms — in other words, adapting to the technological realities of 2018. The result is songs like “E.G.”, which comes in on a clattering of post-punk ambience before cutting in with sharp guitars and snappy drumming from Miller. Aubin’s voice stumbles through the faded memories of a past life, only to gain comforting defiance in the chorus: “Some have gold and high degrees/ Have palaces and lands/ I’ve but the roof that shelters me/ And the one who understands.”

Deus Sex Machina is out June 1st, and you can hear “E.G.” below.

For more insight on “E.G.”, the band has detailed the track’s Origins. 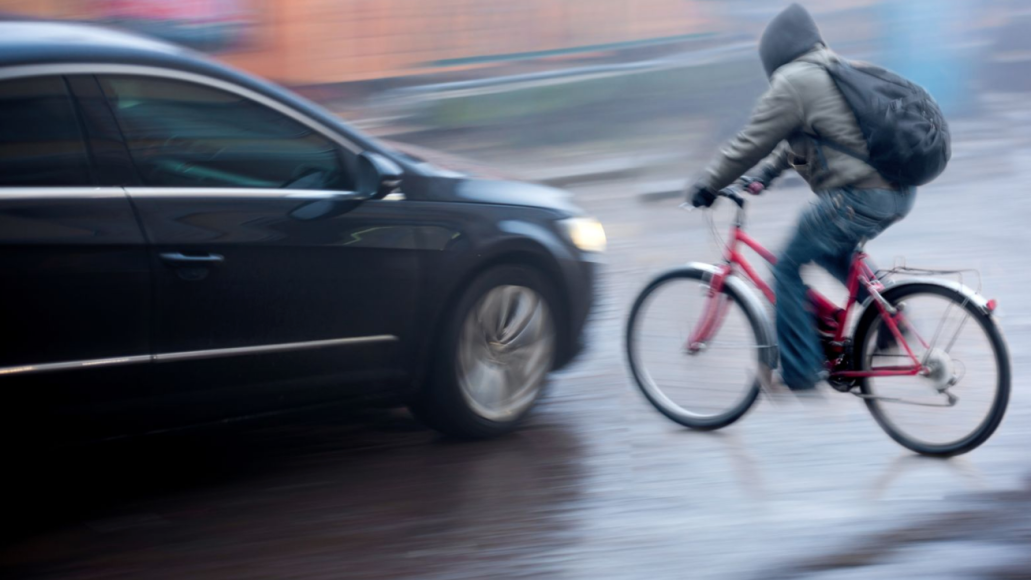 The main riff and melody to this song came to us after Josh was hit by a car. This guy came flying the wrong way down a road and swiped him in an intersection, luckily braking enough to leave him unharmed. He spent a good summer riding his bike round and letting the song simmer in his head before bringing it to Lilah and Ezra where it was mutated into it’s current form. 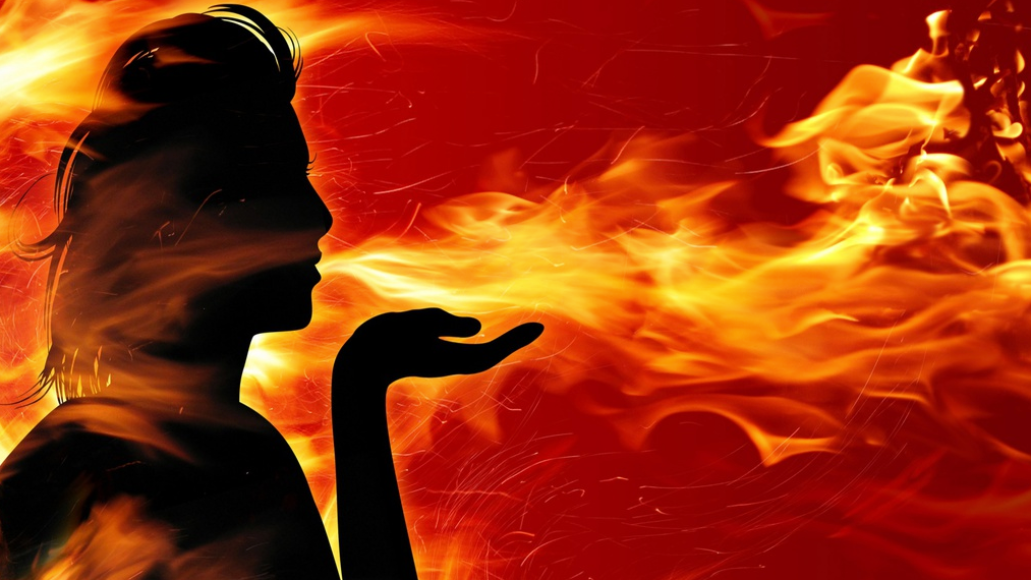 While writing this song, we were rehearsing in an unheated barn during the winter. One morning, Lilah was turning on one of the space heaters and was momentarily engulfed in flames. Luckily, no serious harm or damage was done besides the permanent loss of Lilah’s eyebrows. 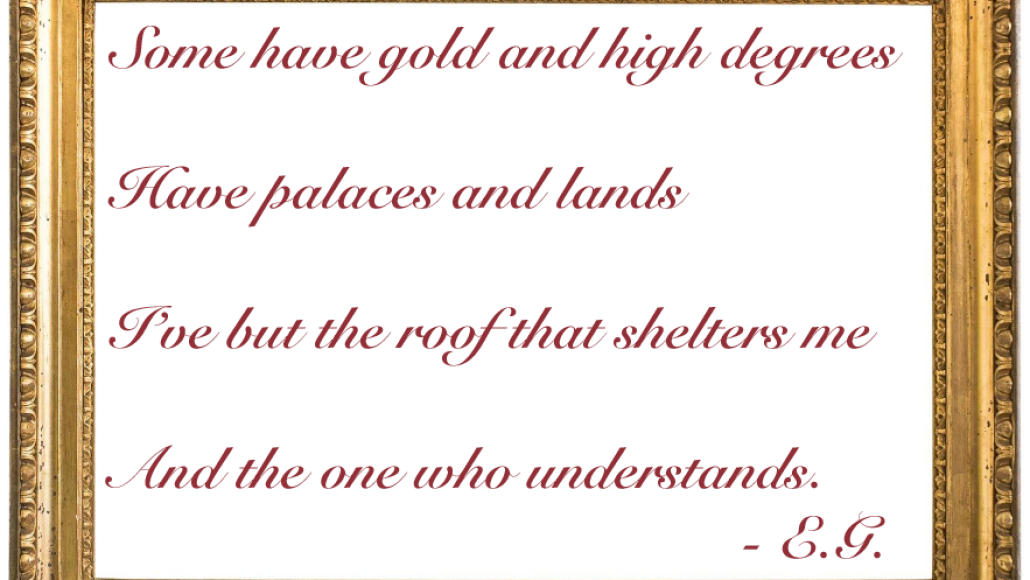 The lyrics to the chorus of the song actually come from a framed picture. It’s a poem credited to E.G., a person and quote about which we can find no more information. It was something that, in a moment of harsh anxiety and unwellness, helped us recognize the need to find peace with life rather than focusing on our shortcomings. 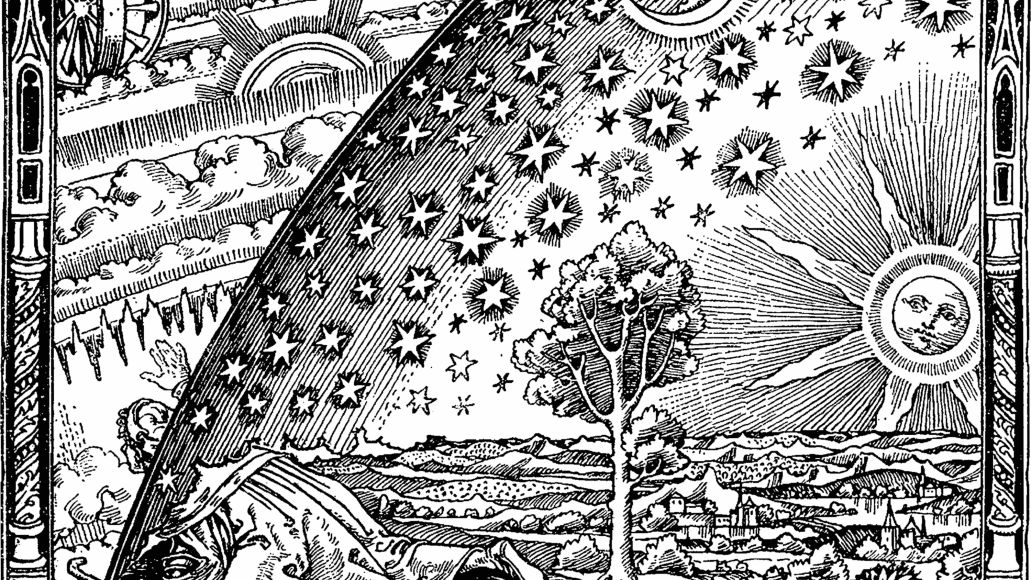 This is an image that often comes to mind when we play this song. It’s a woodcut that also has an anonymous creator, and it is often used as a metaphor for a transcendental experience. To us, it’s something that simultaneously represents the need to come to terms with reality while also recognizing the need to push against structures and barriers.

Fugazi is a band that has been a large influence on all of us musically. When Josh was younger, he mostly played guitar, and mostly played in hardcore punk bands. Picking up the guitar for this song was a new experience for us as a band, and also for Josh as a return to those roots.

Sons of an Illustrious Father will be on the road next month supporting Deus Sex Machina and you can find their schedule below.

Son of an Illustrious Father share the Origins of new song "E.G.": Stream